Accessibility links
Atom Smasher Successfully Creates 'Mini Big Bangs' : The Two-Way The temperatures reached were a million times hotter than the center of the sun, a lot like that of the seconds following the big bang. 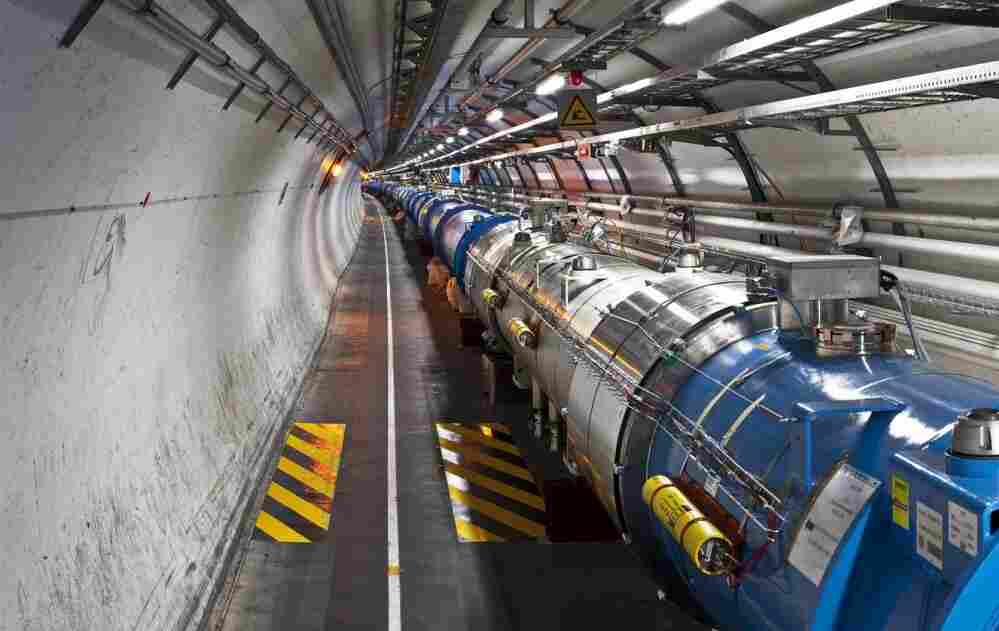 If you've been following the Large Hadron Collider, you'll know that the history of the largest particle accelerator in the world has been fraught with problems. Some scientists -- serious, credible scientists -- even posited that the "troubled collider is being sabotaged by its own future."

Well, yesterday, scientists at the European Organization for Nuclear Research (CERN) managed to collide lead ions -- atoms without electrons -- at such speed, they produced temperatures of some 10 trillion degrees Celsius.

The Telegraph quotes Dr. David Evans, of Birmingham University, one of the scientists at CERN:

We are thrilled with the achievement. The collisions generated mini Big Bangs and the highest temperatures and densities ever achieved in an experiment.

This process took place in a safe, controlled environment generating incredibly hot and dense subatomic fireballs with temperatures of over ten trillion degrees – a million times hotter than the centre of the Sun.

At these temperatures even protons and neutrons, which make up the nuclei of atoms, melt resulting in a hot dense soup of quarks and gluons known as a Quark-Gluon Plasma.

The point of all of this is to study the earliest beginnings of the universe. The New Scientist explains that the temperatures reached and that soup that resulted was likely what the universe was like about one-millionth of a second after the big bang.

It's complicated stuff, but RedOrbit does a pretty good job at explaining the science:

Quarks and gluons are sub-atomic particles, which are the building blocks of matter.  During the quark-gluon plasma state, they are freed of their attraction from one another, which is what is theorized to have taken place just after the big bang.

Evans said that by studying the plasma, physicists hoped to learn more about the strong force that binds the nuclei of atoms together.

The biggest surprise, The New Scientist says, is that the resulting soup wasn't gas, but instead a "perfect liquid."