Accessibility links
On Island Of Kiribati, At-Risk Nations Sign Climate Declaration : The Two-Way Some of the world's tiniest countries -- many of them island nations -- are most in danger if sea levels rise and weather grows more severe. 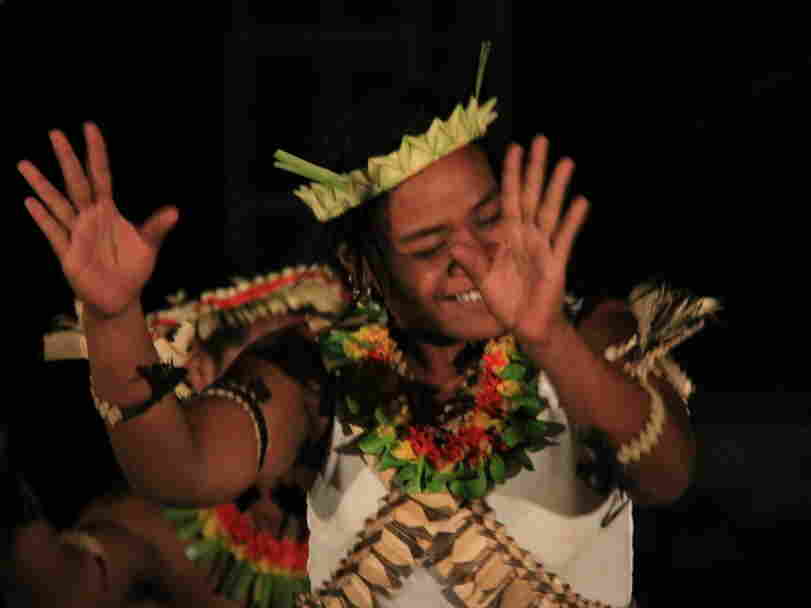 The people of Kiribati showed off some of their traditions, including dancing, to impress upon delegates their hope for action on climate change. Brian Reed/NPR hide caption

Fifteen countries signed a declaration today in Tarawa, the capital of the tiny island nation of Kiribati, recognizing the increasingly dire situation faced by small island countries due to climate change. The Ambo Declaration, named for the village where Kiribati's Parliament House is located, is the final product of the Tarawa Climate Change Conference -- a gathering that Kiribati President Anote Tong hopes will spotlight how vulnerable his nation is to any rise in sea levels and severe weather. 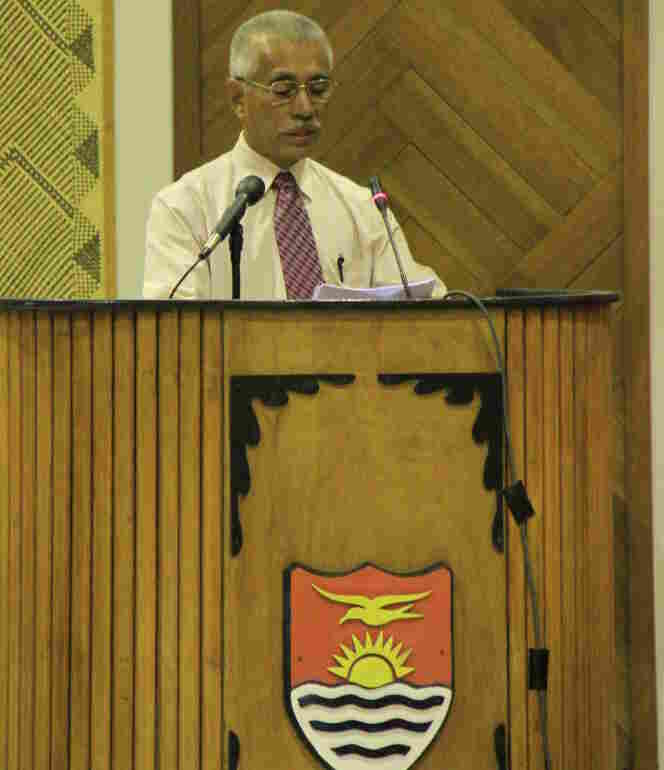 A main goal of the conference was to put a human face on climate change before much larger United Nations climate talks in Mexico later this month. The people of Kiribati showcased their traditions, gathered for speeches and had pre-school children do a climate change poetry slam.

In his opening remarks, Tong called climate change the greatest moral challenge facing humanity today. He talked about villages in Kiribati that have been forced to move because of coastal erosion.

"We face unending claims for assistance to rebuild homes and to repair damages by unusually high tides, which we, of course, do not have the resources to do," he said.

That was another goal of the conference: to goad developed countries into providing funds for climate change adaptation projects -- sea walls, for example -- in places like Kiribati.

Australia, New Zealand and Japan pledged to sign the Ambo Declaration, as did several small island states including the Maldives, Fiji, and the Marshall Islands. After some disagreement, China also came on board. This was a triumph for Kiribati, which has had strained relations with China since becoming friendly with Taiwan.

At the start the of the conference, delegates from the U.S., European Union, United Kingdom and France all said they couldn't actually agree to or sign anything. They stayed quiet as other delegates here debated the issue.

Tong said he was "not surprised, but I remain disappointed" by those nations' actions. "I would have liked to see firmer commitment."