The Beauty And Violence Of Galaxies Colliding

The Beauty And Violence Of Galaxies Colliding 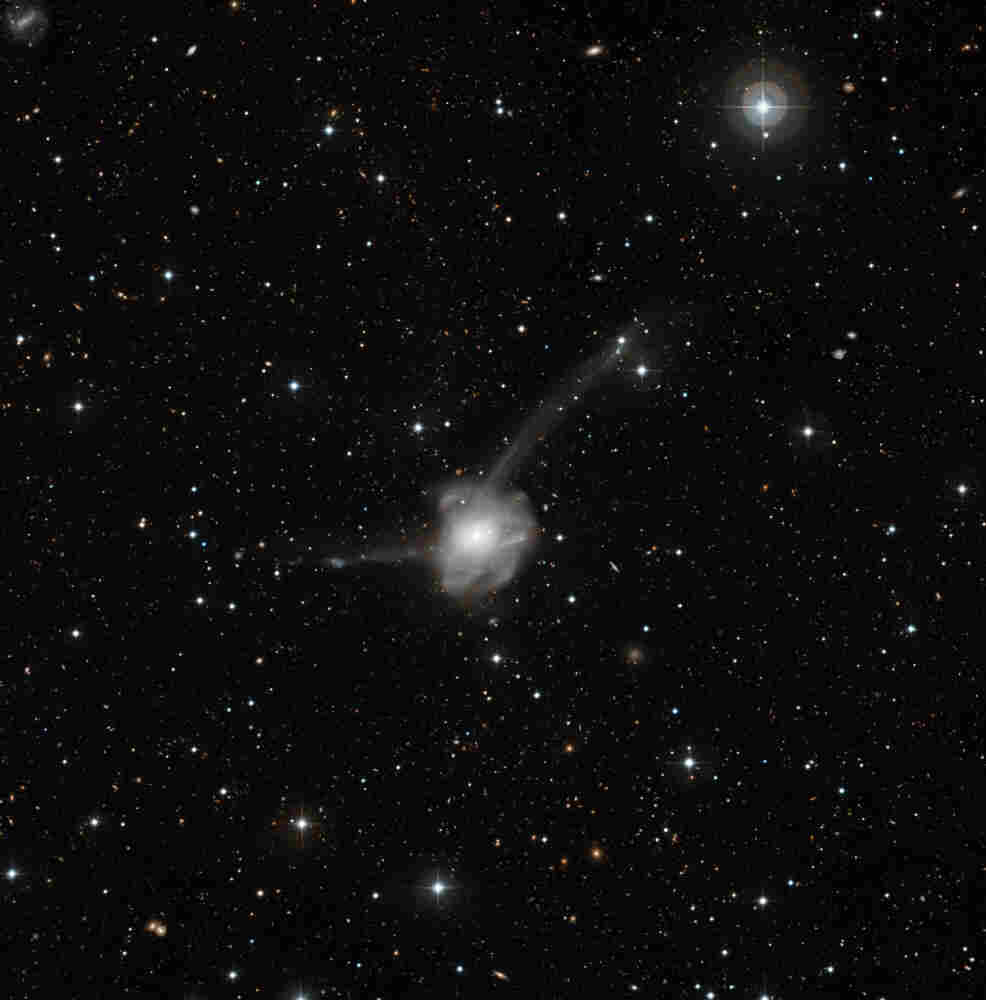 The European Southern Observatory just released this astounding picture of two galaxies colliding. It's an event that unfolds over the course of hundreds of millions of years.

Here's how the scientists relate what's going on here:

This picture of Atoms-for-Peace represents a snapshot of its collision, with the chaos in full flow, set against a rich backdrop of distant galaxies. The results of the intricate interplay of gravitational interactions can be seen in the shapes of the tails made from streams of stars, gas and dust. The image also shows the incredible shells that formed as gas and stars were ripped out of the colliding galaxies and wrapped around their joint core. While much material was ejected into space, other regions were compressed, sparking bursts of star formation. The result was the formation of hundreds of very young star clusters, around 50 to 500 million years old, which are speculated to be the progenitors of globular clusters.

The scientists go on to say that our own Milky Way and the Andromeda Galaxy will probably collide in three or four billion years.