Accessibility links
The Man Crisis, Or The Modern Decline Of Traditional Masculinity : The Two-Way It seems news is bad for modern man. Scientist say we're less healthy than women and anthropologist say we're half the men our ancestors were.

The Man Crisis, Or The Modern Decline Of Traditional Masculinity

The Man Crisis, Or The Modern Decline Of Traditional Masculinity 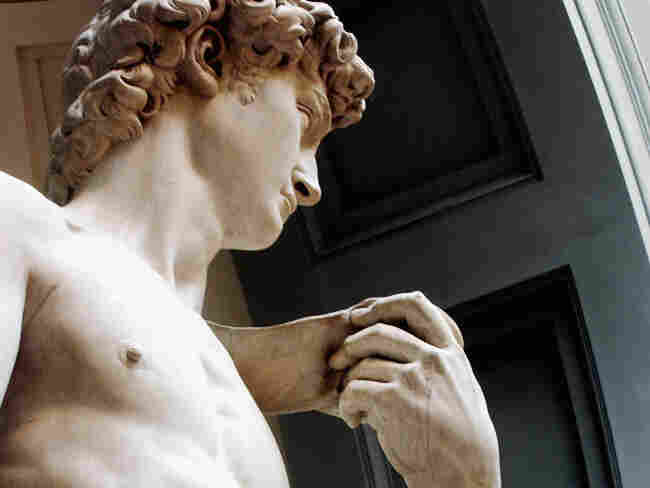 It seems this past weekend brought some somber news for us men. First came this BBC Mundo piece that essentially says men are the weak sex. Here's a depressing laundry list:

To put a final nail in the coffin, the piece also says men are more likely to commit suicide.

But if that wasn't enough, Salon had an extraordinary piece talking to Australian Anthropologist Peter McAllister. He's the author of Manthropology: The Science of Why the Modern Male Is Not the Man He Used to Be.

And what did he find? We are puny compared to the great men of the past.

Ice Age aboriginal tribesmen, he discovers, were able to run long distances at approximately the same speed as modern-day Olympic sprinters. Classic Grecian rowers could attain speeds of 7.5 miles an hour, which today's rowers can only attain for short bursts of time. Our culture may be obsessed with muscles: He notes that, since 1982, G.I. Joe's Sgt. Savage has gotten three times more muscular and Barbie's Ken now has a chest circumference attainable by only one in 50 men, but the luxuries of our contemporary lifestyle have caused a steady decline in genuine physical power.

Men are really searching for a role in modern society; the things we used to do aren't in much demand anymore, and it seems we're having a little trouble finding a way to establish ourselves. I don't know about America, but it's certainly the case in Australia, that men have an ignorant, blithe assumption that they are the best that's ever been. But it's not really supported by the facts at all.