Accessibility links
TSA Head Defends 'Enhanced Pat-Downs' And Safety Of Scanners : The Two-Way John Pistole says his agency's goal is to find the best balance between security and privacy. 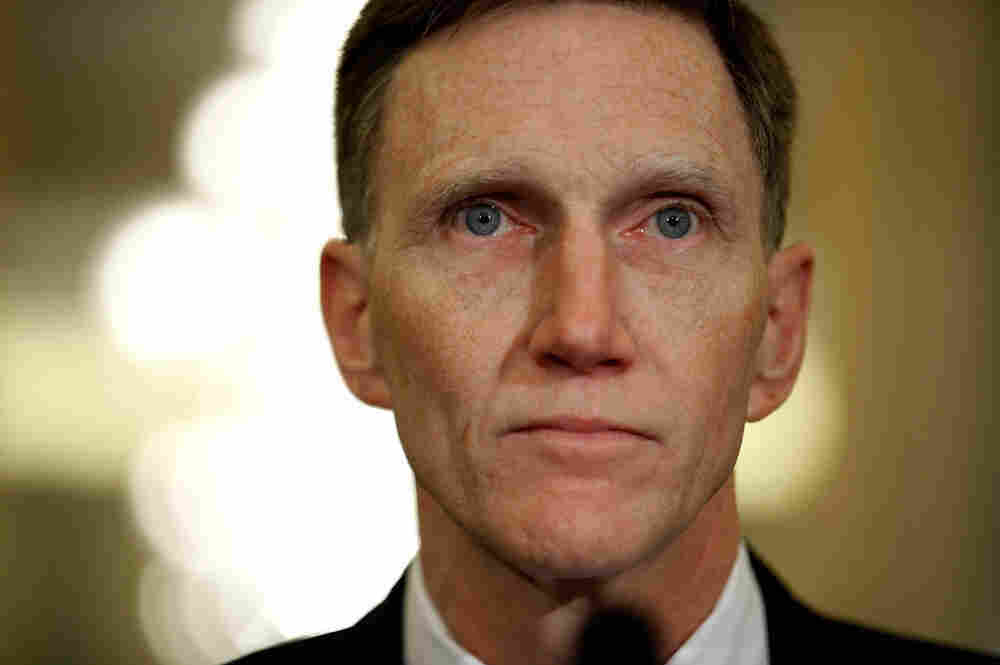 For those of you who don't want your "junk" touched by TSA screeners, the head of the TSA wants to remind you that "the threats are real."

Transportation Security Administration head John Pistole tells All Things Considered today that the goal is to find the best balance between security and privacy.

"Reasonable people can disagree," he says. "But in the final analysis everyone wants to be safe and secure on that flight."

Pistole addresses an issue that has enraged some parents: pat-downs of kids. It sounds like the TSA recognizes there is some room for improvement here.

We did not do frankly a very good job of communicating initially that there would be an exemption, if you will, from the thorough pat-down for children 12 and under.  That was under review when the policy came out, and so we have clarified that.  It does not apply to children 12 and under.

In other words, if you're worried about radiation, flying is the much greater risk.

Some scientists, however, still say there is room for concern. As NPR reported back in May, some researchers believe the government has miscalculated the dose of radiation that X-ray scanners deliver to the skin.

Whatever the TSA says, it will likely remain the subject of anger -- and the butt of jokes.  Yesterday, All Things Considered heard from humorist Dave Barry about his own pat-down by the TSA.

We told him the TSA says enhanced pat-downs are not punitive.

His answer: "Whoever wrote that it's not punitive was not having his or her groin fondled at the time."

Alison MacAdam is senior editor at All Things Considered. This was posted by Eyder Peralta.