Accessibility links
Court Rules Construction Of Tennessee Mosque Should Move Forward : The Two-Way The court said there was no evidence the Islamic center was intent on implementing Sharia law in the state and that there was no reason to deny the building permits. 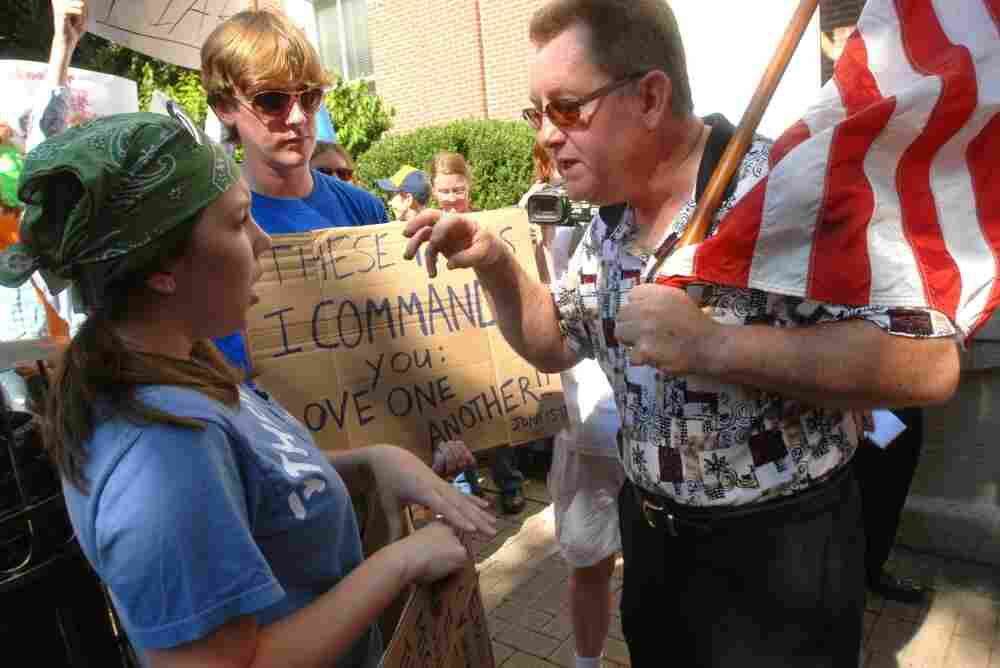 The plans for a Manhattan Islamic center have been making all the news. But plans to build a Mosque in the small Tennessee city of Murfreesboro have heighten tensions, caused one case of suspected arson and, today, a judge brought the conflict to a screeching halt.

Chancellor Robert Corlew III denied opponents of the mosque an emergency injunction that would block the construction of the project, saying they failed to prove that Rutherford County violated open meetings laws or illegally approved the site plan. In spite of the plaintiffs' fiery accusations that Islam is not a religion but a violent political movement looking to supplant U.S.laws, Corlew barely mentioned terrorism or public safety concerns, saying that the county's planning commission isn't the proper venue to vet such claims when approving a site plan.

The conflict started in May, when the Rutherford County Planning Commission approved plans to build a 52,000-square-foot Islamic center just outside the city. The Islamic Center of Murfreesboro has been around for than two decades.

The opponents took the complaint to court citing very specific procedural shortcomings, which the judge dismissed. But the overarching reason for trying to keep the city from issuing the building permit was because they said the Islamic Center was extremist and they were seeking to implement Sharia law in Tennessee.

The debate was so intense that the state's Lt. Gov. Ron Ramsey jumped into the fray during his failed run for the Republican nomination for governor. Talking Points Memo quotes him:

The tensions came to a head in August. Nashville Public Radio reported that someone doused construction equipment with gas and set it on fire. Federal authorities determined it was arson.

As the Tennessee court reviewed the case, the justice department even sent a memo to clarify whether Islam was a religion:

Under the United States Constitution and other federal laws, it is uncontroverted that Islam is a religion, and a mosque is a place of religious assembly.

He said the county appeared to follow its laws and regulations in approving the mosque.

He added that there also was no evidence that the Islamic Center of Murfreesboro practiced a militant form of Islam that would look to impose Shariah law upon unsuspecting county residents.

"In the suit we've been reminded that we too are bound by the law," he said. "We're not privileged to render decisions in accordance with our own opinions, whims or desires. We must follow the law."

But the fight might not be over. Joe Brandon Jr., one of the lawyers in opposition of the mosque, said he might appeal -- all the way up to the Supreme Court.