Accessibility links
An Update On Joao Silva : The Two-Way The legendary war photographer lost both legs in Afghanistan a few weeks ago. Incredibly, he lived, and is recovering at Walter Reed.

An Update On Joao Silva

An Update On Joao Silva 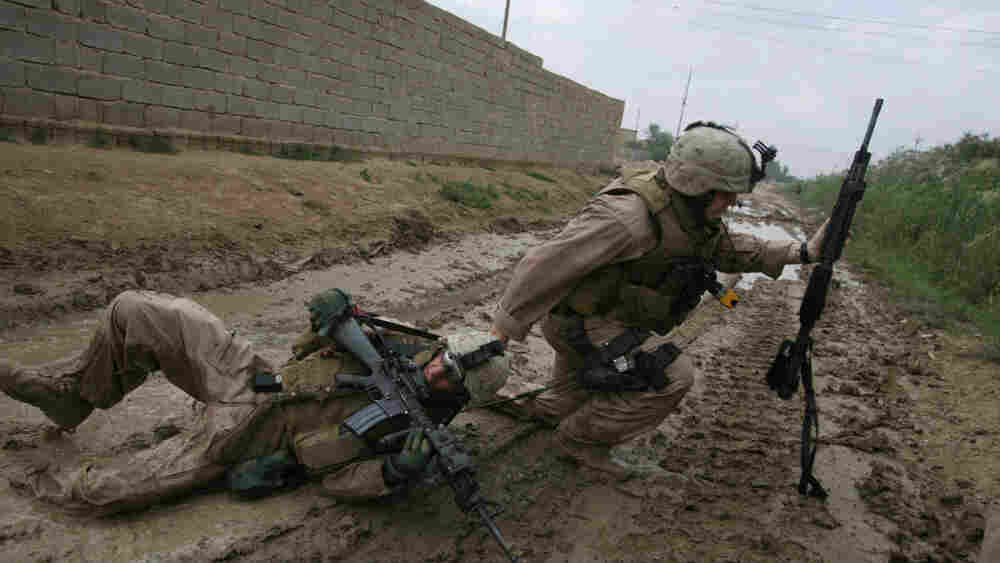 One of Joao's more famous photographs. Iraq: Karmah: October 31, 2006: Sgt Jesse E. Leach drags Lance CPL Juan Valdez of the 4th mobile assault platoon Weapons company 2nd battalion 8th Marines to safety moments after he was shot by a sniper during a joined patrol with the Iraqi Army in Karmah, Anbar Province, Iraq. Valdez was shot through the arm and the right side but survived. Joao Silva/Joao Silva hide caption

Joao Silva is the legendary New York Times photographer who stepped on a land mine last month in Afghanistan. He lost both legs among a host of other injuries. Amazingly. because of the incredible battlefield medicine available these days, he's going to live. And like most soldiers in his condition he's ended up at Walter Reed. Just caught up with this update from his friend, and fellow Bang Bang Club member, Greg Marinovich.

Spending time with João, Viv and the staff at the hospital, it dawned on me how close to death he has been. Besides losing his lower legs, he suffered a myriad of other injuries, many of them extremely serious. He has spent three weeks now in intensive care, and were it not for remarkable health professionals - and the quick action of the soldiers on the ground in Afghanistan - he would not be with us. We hope that most dangers are now behind him, and he can slowly start the road to recovery, but he is still extremely weak and exhausted by the series of operations he has had to endure. He has a few more and should be able to look forward to moving out of intensive care in a week or so.

In journalism speak, photographers are often called shooters. And there's a truism among war correspondents, it's the shooters who get killed. They're the ones who have to get closer, to actually be in the action.

If you're not familiar with the name you are almost certainly familiar with his work. Joao made his name covering South Africa's violent lurch out of apartheid, and a member of the legendary Bang Bang Club, a group of four photographers who documented the end of Apartheid (there's a movie about them coming out next year). Since 2000, he's worked for the New York Times. His pictures of the conflicts of Iraq, Afghanistan and all other parts of the world are legendary. I met him in Lebanon in 2006, and was stunned by his bravery and his open generosity. You can see his work, and leave a message for him here. 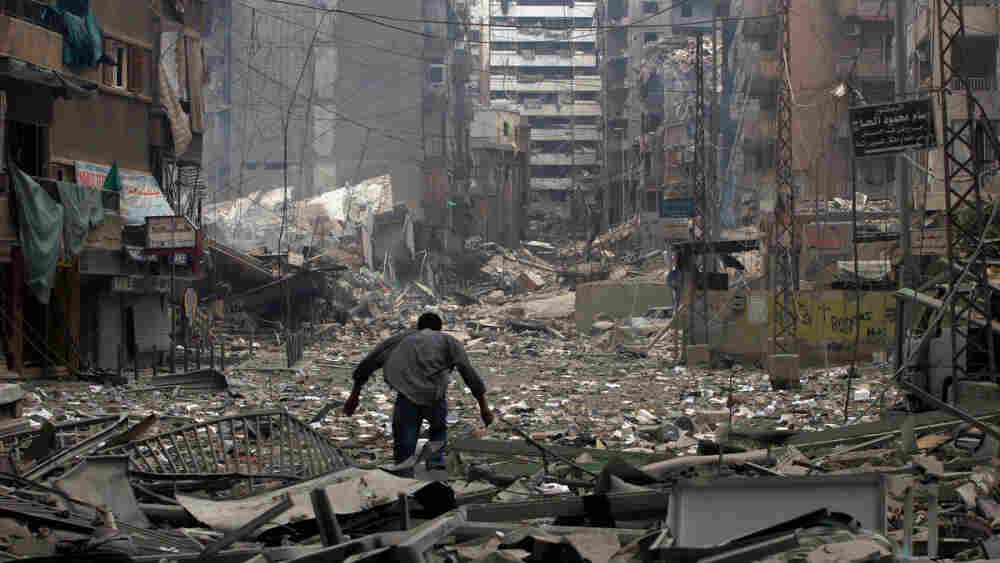 Lebanon: Beirut: July 20, 2006: A Lebanese man moves through rubble in the Bir al-Abed district that was destroyed by Israeli air strikes in the southern suburbs of Beirut, during a tour organized by the information office of Hezbollah. Joao Silva/Joao Silva hide caption