Kiribati has gotten a lot of praise the last couple of years for efforts to protect its massive expanse of ocean.

In 2008, the country officially delineated the Phoenix Islands Protected Area, or PIPA -- more than 150,000 square miles of ocean protected from fishing and development. This year it was named a World Heritage Site by UNESCO -- the largest such site in the world. It is, by all accounts, one of the most pristine spots of ocean on the earth.

It’s a big deal for Kiribati to prohibit fishing in a swath of ocean that large.  One of the country’s primary sources of revenue comes from selling licenses to the international commercial vessels that fish its waters, because it doesn’t have the capacity to harvest and export the fish itself.  In this new video from the TED Talks series, marine scientist Greg Stone explains how the idea for PIPA came to be, and particularly how he helped make it economically viable for Kiribati.  It’s a really interesting story, with an ingenious invention called a ‘reverse fishing license.’

Unfortunately, I’m not sure I’ll be able to get out to the Phoenix Islands.  They are extremely remote -- about 5 days from anywhere by boat -- and largely uninhabited, which means there wouldn’t be too many people to interview.  But if you’re interested in reading more from that part of the ocean, another marine biologist, Stuart Sandin, is in Kiribati’s Line Islands right now studying untouched coral reefs, and he’s keeping a blog about it at NYTimes.com.  In his last post, Sandin talks about Kiribati fishermen biting fish raw, right in the boat.  I witnessed this too, on a recent spear fishing trip of my own: 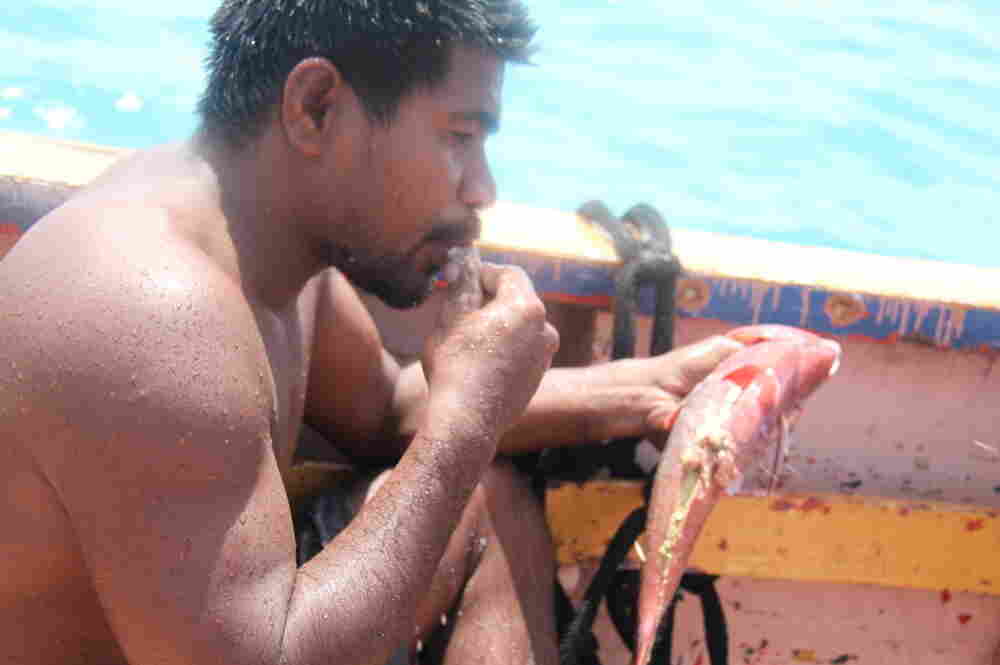 I should say that this guy became really ill shortly after I shot this photo.  Not sure if it was seasickness or if the fish was a little too fresh.