Accessibility links
North Korea's Nuke News: Three Theories On What It Is Up To : The Two-Way There are three main theories, says The New York Times' David Sanger. And the wildest one is that the North may indeed be trying to build "much more powerful bombs."

What Is North Korea Up To?

North Korea's Nuke News: Three Theories On What It Is Up To

North Korea's Nuke News: Three Theories On What It Is Up To 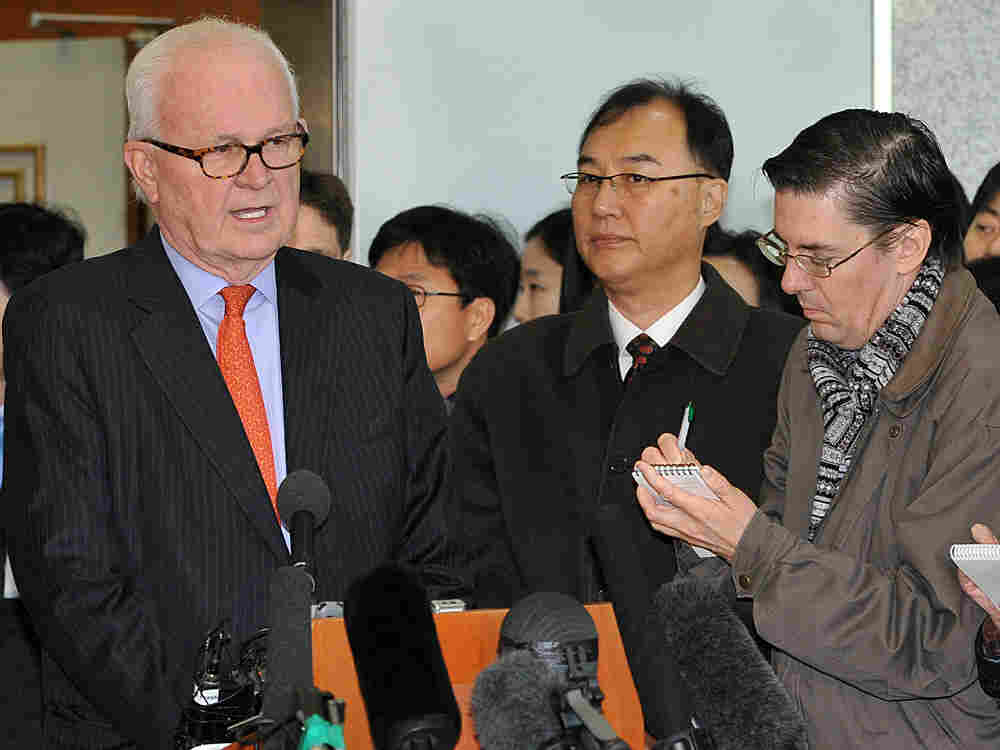 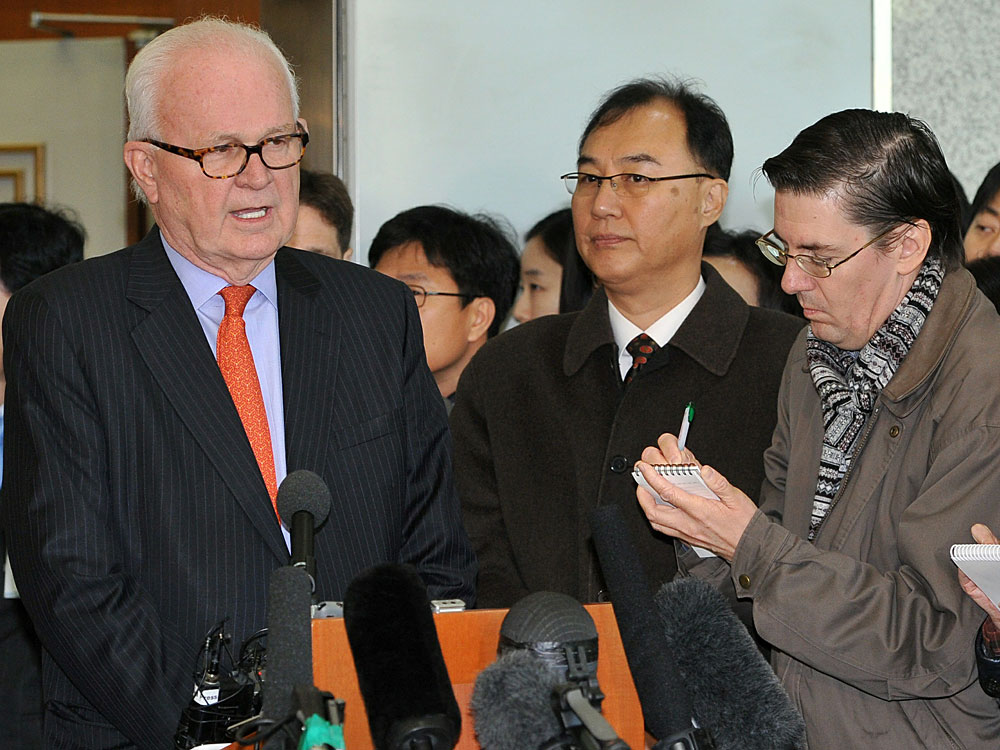 The unsettling news that North Korean officials showed a U.S. scientist "a modern, small industrial-scale uranium enrichment facility with 2,000 centrifuges that was recently completed and said to be producing low enriched uranium," raises a logical question: Why would the usually super-secretive North tell the world that provocative news?

-- "They're doing this to have a new bargaining chip" in negotiations with the U.S. and other nations that could lead to increased aid to the impoverished communist state.

-- The North is "out to make their nuclear program appear completely inevitable ... and just get the United States to accept it."

-- Or, the "most wild" theory. "They are seeking a way to be able to build much more powerful bombs ... and you would need uranium to do that."

Here's the audio of Steve's conversation with Sanger:

What Is North Korea Up To?

Siegfried Hecker, the Stanford University scientist who broke the news about what he was shown, has posted the report on his recent trip to North Korea here. In it, he notes that:

"These facilities appear to be designed primarily for civilian nuclear power, not toboost North Korea’s military capability. ... Nevertheless, the uranium enrichment facilities could be readily converted to produce highly-enriched uranium(HEU) bomb fuel (or parallel facilities could exist elsewhere) and the LWR (light-water reactor) could be run in a mode to produce plutonium potentially suitable for bombs, but much less suitablethan that from their current reactor."

South Korea's Yonhap News Agency writes today that "South Korea and the United States struggled Monday to restore confidence in their hard stand against North Korea after the communist state unveiled what may be its most menacing nuclear facility and jolted the region into a state of alarm."

The Times says South Korea's government and that nation's nuclear experts were "caught ... by surprise" when the news broke.