Accessibility links
Water, Water Everywhere, And Not A Drop To Swim In : The Two-Way The small island nation of Kiribati faces more environmental threats than rising waters. It also pollutes the sea that surrounds it.

Water, Water Everywhere, And Not A Drop To Swim In

Water, Water Everywhere, And Not A Drop To Swim In

The most frustrating thing about South Tarawa, the capital of Kiribati, is its lagoon. 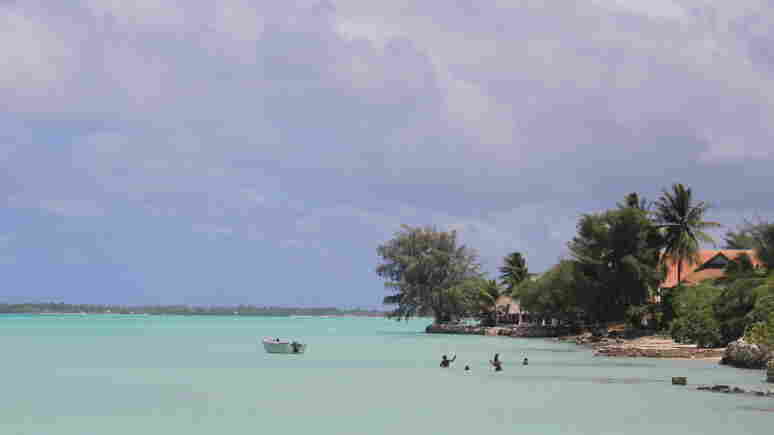 Looks like paradise, doesn’t it?  My colleagues are probably cursing under their breath right now, wondering how on earth I managed to snag a month-long assignment on this beautiful Pacific island.  Trust me, when it’s noon here, and the equatorial sun’s beating down, and the temperature’s pushing 90 degrees, that water seems the most glorious, inviting place imaginable.

And then you remember what it looks like at low tide: 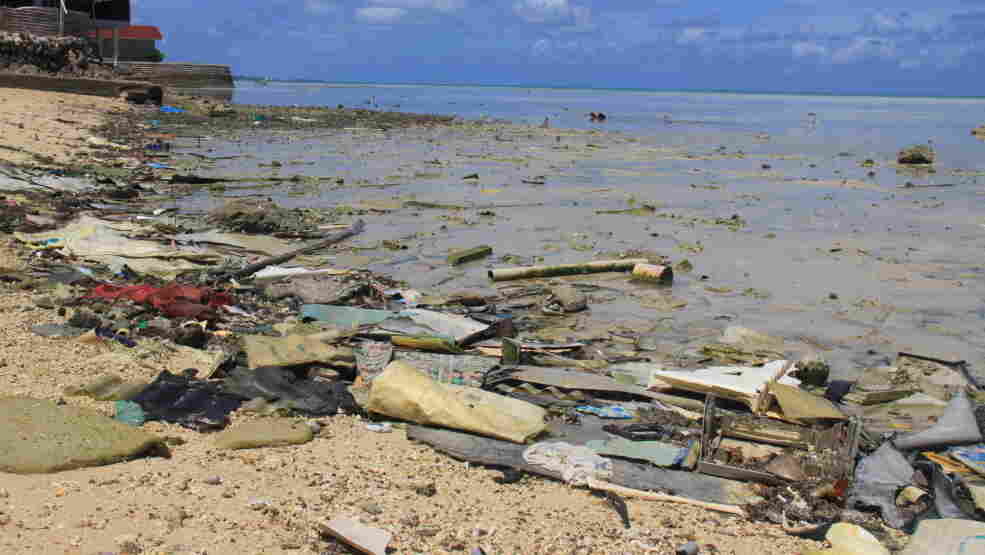 This is one of the unfortunate byproducts of developing a tiny shard of land in the middle of the sea: there’s nowhere to put the trash.  People do burn it, using it to smoke fish and cook.  And there are a few dumps – though also near the beach.  But inevitably plastic bottles, car transmission, paint cans, and diapers all end up in the turquoise water.

And then there’s the bathroom situation.  In the last census, only a third of South Tarawa households reported having a flush toilet.  Which means lots of people use the lagoon – about 29 percent, according to that report.  Others use the ocean side of the atoll.

Probably the most oft-repeated piece of advice to travelers here is: “Whatever you do, don’t swim in the lagoon.”

Compounding all these problems is the fact that South Tarawa has too many people.  When you conjure an image of a small Pacific island, you think deserted sandy beaches, colorful reefs, sloping coconut trees.  Many of Kiribati’s outer islands do fit that description. But South Tarawa has more than 40,000 people living on it, with upwards of a thousand new residents moving here each year -- folks from the rural islands hoping to make it in the big city. One of Tarawa’s neighborhoods, Betio (pronounced ‘BEH-so’ – ‘ti’ makes an ‘s’ sound in Kiribati), has so many people crammed on to so small a piece of land, it’s more densely populated than Hong Kong.

So climate change is certainly not the only thing putting pressure on the local environment.  There are several manmade causeways, for example, that have changed current patterns around the islands and altered the coast.  And because land is so scarce in South Tarawa, people actually create their own.  They’ll build a rectangular sea wall that in effect serves as a dam, and then fill it with sand and coral dug from elsewhere.  Individuals do this, as do the churches, and some people use sand mining as a source of income.  This too can affect the currents and the coastline. 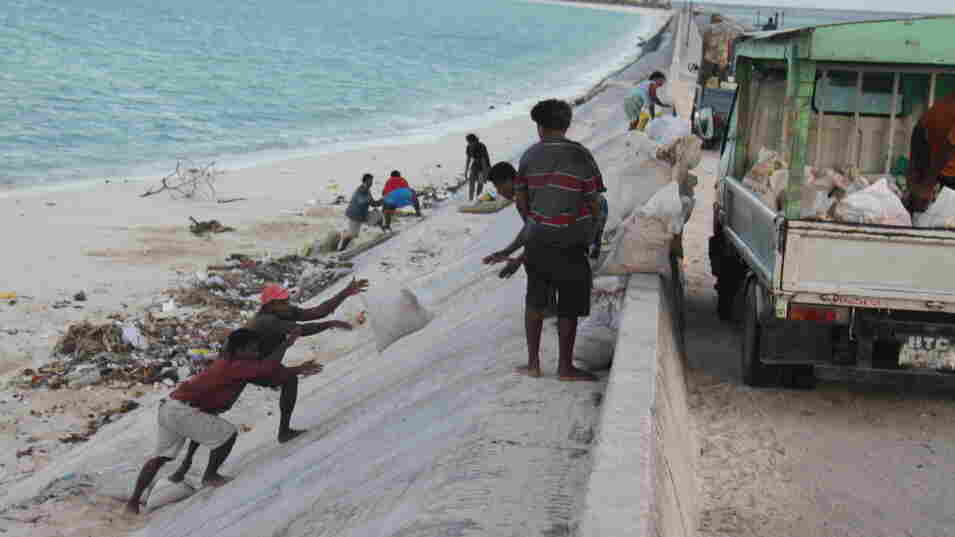 People mine bags of sand along a causeway in South Tarawa. Brian Reed hide caption

Still, these things don’t explain many of the changes I-Kiribati have noticed and often attribute to climate change: higher tides, longer droughts, saltier drinking water.  If anything, the overcrowding makes Tarawa even more susceptible to them.  One environmental scientist I spoke to, Komeri Onorio, brought up the case of Bikemaan island.  Bikemaan is infamous around here.  It was a little islet in Tarawa’s lagoon where people used to picnic and race canoes.  That was until a few years back, when the place vanished.

“Everybody blamed it on the Betio causeway,” Onorio said.  So he studied maps of the sea floor near the causeway and in the lagoon.  And while he found parts of Tarawa’s shoreline that were reconfigured by the causeway, Bikemaan was not one of them.

“You cannot say that the causeway is the cause of the disappearance of the island,” he said.  “We have changes in the weather, and I think that’s the only logical explanation.”