Accessibility links
JFK's Assassination: 'Changing From Memory To History' : The Two-Way It's been 47 years since the president was killed. 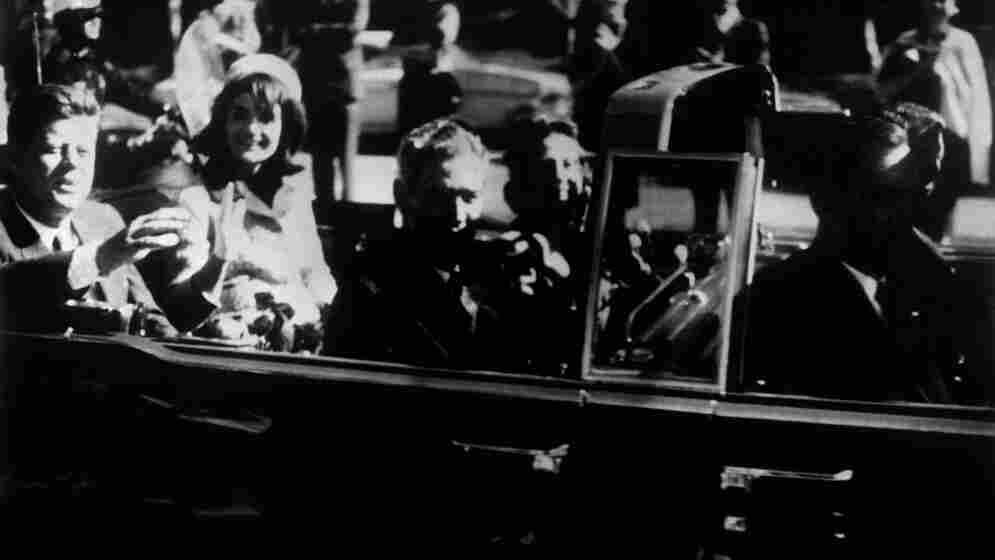 President Kennedy (far left), his wife Jackie by his side, shortly before he was killed. AFP/AFP hide caption

Most any American who was over the age of five or so on Nov. 22, 1963, has answered this question more than once:

Where were you when you heard President Kennedy had been killed?

Many of us were at school (I was in kindergarten, and do not remember the day) or at work. Many recall the moment when CBS News anchor Walter Cronkite told the nation that "President Kennedy died at 1 p.m. Central Standard Time -- two o'clock Eastern Standard Time, some 38 minutes ago." Even the usually unflappable Cronkite had to pause for a moment, take off his glasses, and collect himself before going on. (Video here.)

Today's Dallas Morning News has a story headlined "47 Years After JFK Assassination, Sixth Floor Museum Adapts To New Era." It underscores how things are changing as more and more Americans can't relate to what happened in Dallas because they weren't even born then. After all, the Census Bureau says nearly 70% of the population is under the age of 50. So, as the Morning News says:

"On the one hand, The Sixth Floor Museum at Dealey Plaza wants to keep jogging the emotions of those old enough to recall the tragedy. On the other, it needs to find ways to explain the killing -- using updated technology -- to those who were yet to be born.

According to the Morning News, those who are too young to recall what happened on that day want much more than "artifacts in glass cases" and a plaza that has been "preserved to look like it did the day the president was shot." They want interactive displays and lots of context.

Adapting the museum to a changing population obviously makes sense.

Here's another thought for all of us: Before it's been 50 years since JFK's death, talk with some of those who were around then about the impact that day had on the nation. And if you have some memories to share, by all means do.