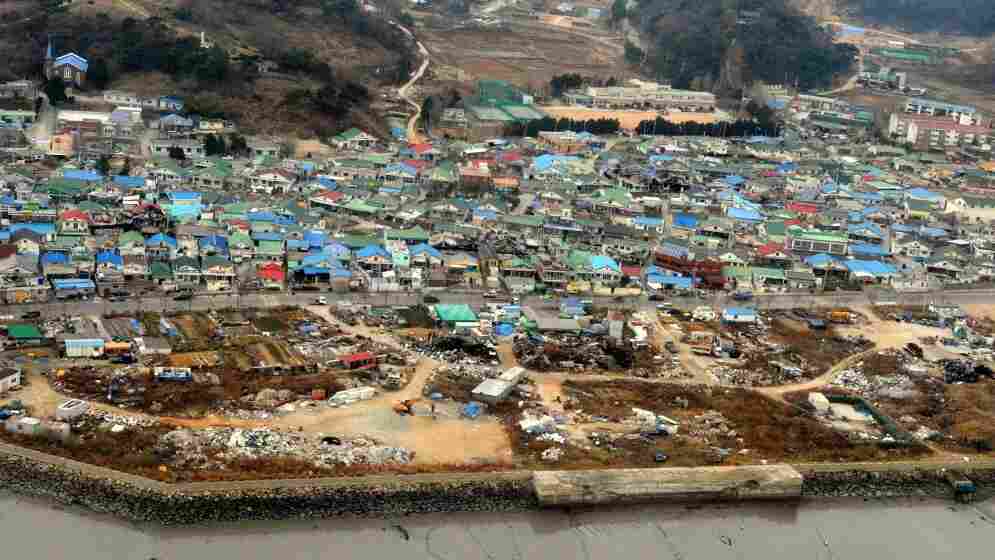 Should the South Korean puppet group dare intrude into the territorial waters of the DPRK even 0.001 mm, the revolutionary armed forces of the DPRK will unhesitatingly continue taking merciless military counter-actions against it.

It should bear in mind the solemn warning of the revolutionary armed forces of the DPRK that they do not make an empty talk. There is in the West Sea of Korea only the maritime military demarcation line set by the DPRK.

That should make things interesting when the U.S. joins South Korea's naval exercises Sunday for four days. The U.S. Navy says the USS George Washington and its carrier strike group are enroute to the prearranged drill:

This exercise is defensive in nature. While planned well before yesterday’s unprovoked artillery attack, it demonstrates the strength of the ROK-U.S. Alliance and our commitment to regional stability through deterrence.  It is also designed to improve our military interoperability.

Moon: What is the utility of it? Is it, what, power projection?

Lim: Do you think the North Koreans would see that as a further provocation?

Moon: Sure, and North Korea will respond in kind. North Korea is very much well experienced in that kind of projection of power by South Korea and the United States. And also, now things will get worse, because China will be very unhappy about that kind of deployment pattern.