Accessibility links
WikiLeaks' Impact On Foreign Policy 'Fairly Modest,' Gates Says : The Two-Way While Secretary of State Hillary Rodham Clinton said the leaks "tear at the fabric" of our government, the defense secretary says all nations know the U.S. "leaks like a sieve" and will still deal with America.

"Every government in the world knows the U.S. government leaks like a sieve," Defense Secretary Robert Gates just told reporters at the Pentagon.

And the latest revelations from WikiLeaks.org about what U.S. diplomats and intelligence operatives have said in previously secret cables about other leaders and other governments, will have only a "fairly modest" impact on U.S. foreign policy, he predicted. 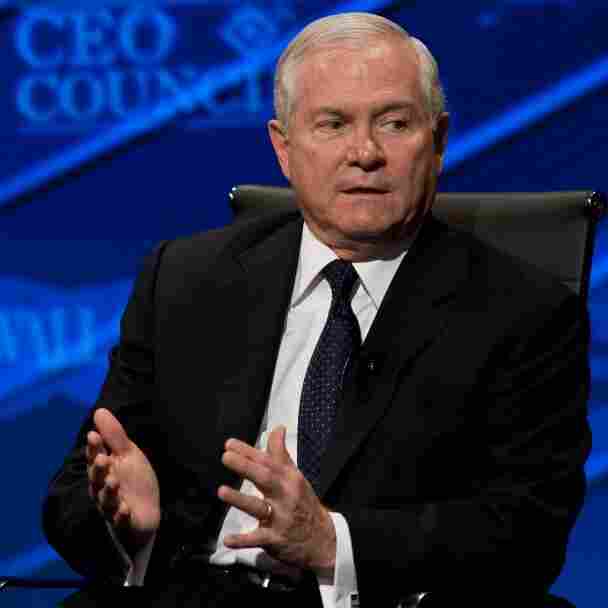 "I've heard the impact of these releases on our foreign policy described as a 'meltdown' ... as a 'game-changer,' " Gates said. Such language, he said, is "significantly overwrought."

Just yesterday, Secretary of State Hillary Rodham Clinton said the leaks are "an attack on America — it's an attack on the international community." And, she said, they "tear at the fabric" of responsible government.