Accessibility links
Without Tax Credit, Housing Market Isn't 'Pretty' : The Two-Way Foreclosed homes sold at an even steeper discount to others in the third quarter. Analysts warn that's a sign the housing market still has some recovering to do. 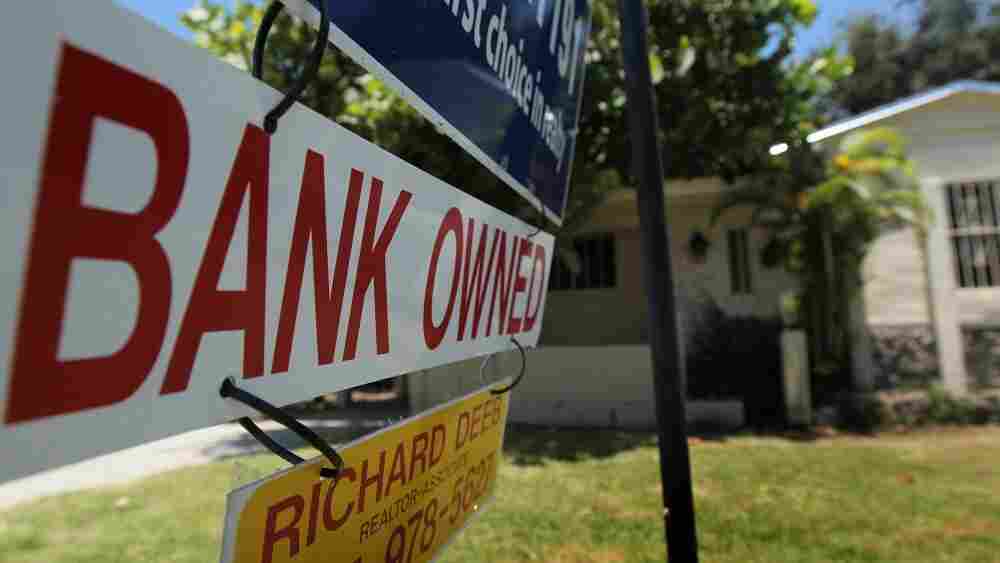 According to RealtyTrac, in the second quarter foreclosed homes sold at a 26% discount to other houses and a year ago, in third-quarter 2009, the discount was 29%.

American Public Media's Marketplace Morning Report says last quarter's discount was "the biggest price difference since 2005. And it could increase this winter quarter."

Bottomline: "The foreclosure buying spree of 2009 has slowed," Marketplace's Gregory Warner reports. "In part it's because all home sales slowed after a popular home buyer tax credit expired in June."

And RealtyTrac's Daren Blomquist tells Marketplace that "we got a stark view of what the market is like without the help of that tax credit in the third quarter and it wasn't -- it wasn't very pretty."

Before we all get too gloomy, though, it's wise to remind ourselves that there have been some much more positive economic indicators this week.