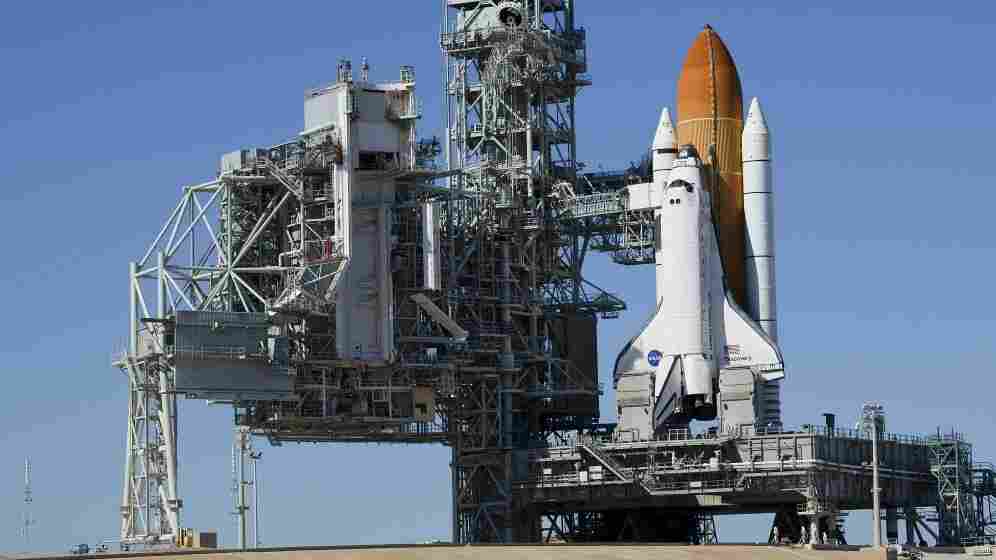 Discovery sits on the pad in November before a failed launch attempt. Matt Stroshane/Getty hide caption

The space shuttle Discovery's last flight has been delayed until at least February 3, NASA announced Friday. That news came on the same day that the secrecy-shrouded X-37B unmanned spaceplane landed in California after more than seven months in orbit on a classified mission.

Discovery's mission to deliver equipment to the International Space Station was put off to give engineers more time to look at cracks in the shuttle's fuel tank. The changing launch date will also push back the scheduled flight of Endeavor, which had been planned for the end of February. 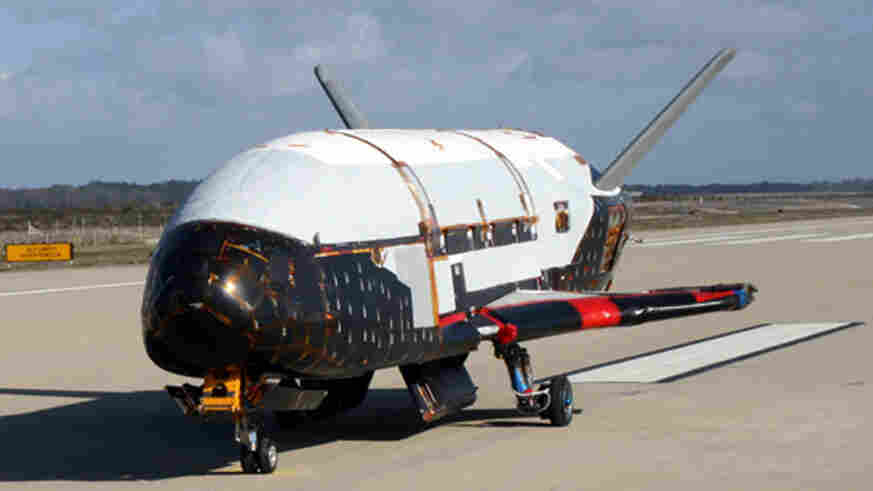 The X-37B, which took off aboard an Atlas 5 rocket from Cape Canaveral, Florida, on April 22, landed autonomously at Vandenberg Air Force Base on the California coast 130 miles northwest of Los Angeles. Just what it was doing in space wasn't clear, although the AP reports:

Officials have made public only a general description of the mission objectives: testing of guidance, navigation, control, thermal protection and autonomous operation in orbit, re-entry and landing.

However, the ultimate purpose of the X-37B and details about the craft have longed remained a mystery, though experts said the spacecraft was intended to speed up development of combat-support systems and weapons systems.