Accessibility links
Explosive Reading: The Al-Qaida, Dickens Connection : The Two-Way A book shipped with the explosives used in October's failed bomb plot appears to have been the Dickens classic Great Expectations.

Alexander Scrimgeour at the London Review of Books highlights an interesting tidbit today coming out of October's failed bomb plot that involved the shipping of printers and ink cartridges.

The plotters shipped a book along with the printers and it now appears that the title in question was Great Expectations by Charles Dickens. The reveal comes courtesy of Inspire, al-Qaida in the Arabian Peninsula's (AQAP) English-language magazine. 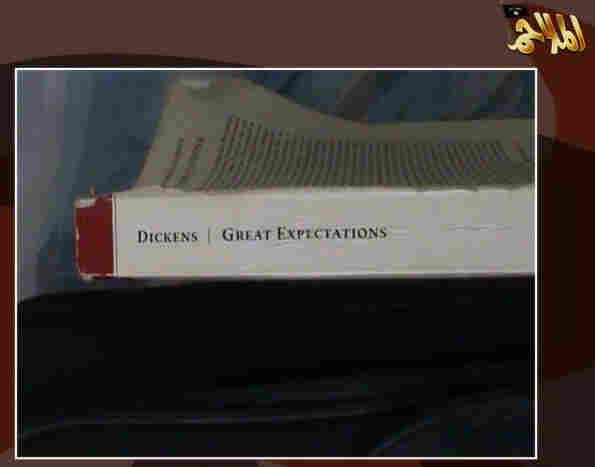 Scrimgeour says Inspire may not be telling the whole story with its explanation for why the book was included:

As for the book itself: ‘We were very optimistic about the outcome of this operation,’ the article says. ‘That is why we dropped into one of the boxes a novel titled, Great Expectations.’ It’s as unsophisticated as the magazine’s own name, Inspire. There may be a bit more to it, though: Anwar Awlaki, AQAP’s chief theoretician, read Dickens while he was in jail in Yemen; he liked Hard Times.