Accessibility links
High Up In Afghanistan, A 'Ghostly' Ride Through The Salang Tunnel : The Two-Way Afghans say the Salang is an enduring symbol of the Soviet contribution to the development of their country. Traveling through it can be a harrowing experience. Come inside.

Untamed Afghanistan: Wars, Past And Present 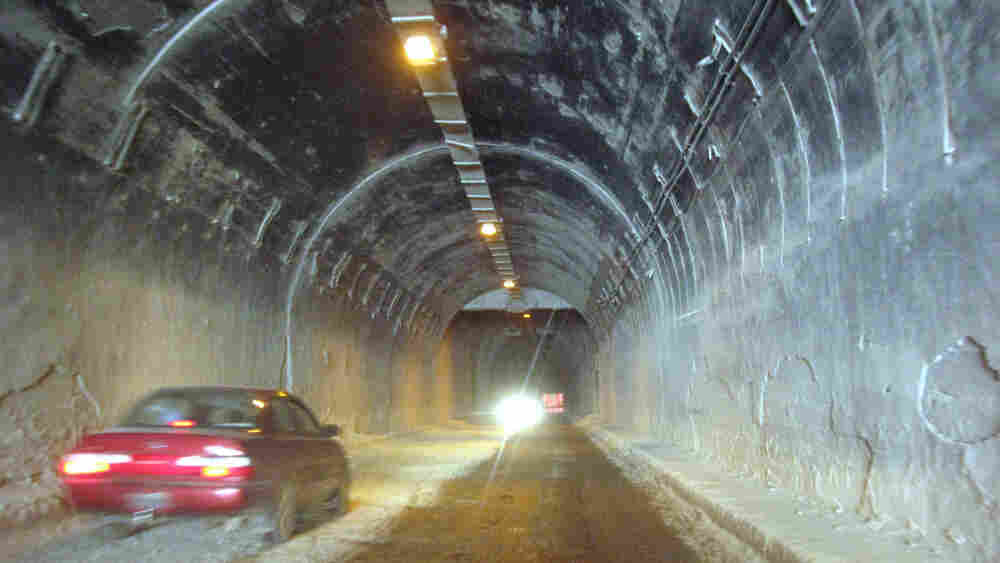 Any trip out of Kabul involves at least some white-knuckling. Head south and you may very well run into insurgents; go north or east and, at the sight of a paved road not clogged with traffic, you'll find yourself sharing the route with drivers who think of themselves as the Afghan version of Jimmie Johnson — playing dangerous games of chicken, often on winding mountain roads.

The road from Kabul north to Mazar-e-Sharif winds its way through the Hindu Kush range. Jagged, rocky peaks stare down at cars and trucks for mile after mile. Hardly a tree or a shrub grows anywhere; as you get higher, even in October, there's a sprinkling of snow on the mountains.

There, at 11,154 feet, you'll find the Soviet-built Salang Tunnel. When it was completed in 1964, it was a marvel of engineering, the highest road tunnel in the world (today, it is slightly lower and shorter than the Eisenhower Memorial Tunnel in the Colorado Rockies.)

Afghans say the Salang is an enduring symbol of the Soviet contribution to the development of their country. In the 1960s, when the tunnel was completed at the peak of the Cold War, the U.S. and the Soviet Union competed with one another by building infrastructure projects in Afghanistan. The U.S. built irrigation systems in Helmand province in the south. In the north, the Soviets built the Salang Tunnel.

The Cold War heated up. The Soviets' disastrous invasion and occupation in the 1980s would cost them dearly, and led to U.S. funding of the anti-Soviet mujahideen. When the Soviets left in 1989, Afghanistan turned to violent mayhem as warlords who once fought side-by-side against the Soviets now vied for control.

Amid the chaos and civil war rose the Taliban, and another round of upheaval and violence for Afghanistan — setting the stage for al-Qaida's Sept. 11, 2001, attacks and the U.S.-led war that followed.

Three decades of war have turned most of country's infrastructure to ruins. Although it was partially rehabilitated in 2002, the Salang is a narrow, pot-holed, two-lane tunnel that connects the north with the rest of the country.

Largely unpaved, the 1.6 mile-long tunnel is largely unlit and has no ventilation system — the billowing dust inside makes for near-zero visibility at times. Driving through the choking dust, drivers often can't see more than 5 feet in front.

The Salang feels ghostly. You see headlights and they appear miles away; the next second the vehicle the headlights belong to is almost on top of you.

That means that anything exceeding 5-mph is nearly impossible inside the tunnel. On a recent trip with NPR's Kabul Bureau Chief Quil Lawrence, incapable of seeing where we were really going, our car hit a pothole. The impact, even at that majestic speed, burst a tire. We hobbled along for a bit before finding a cliff-side breakdown point, where we replaced the busted tire.

It could've been worse. In 1982, a blaze killed dozens of Soviet troops, after a fuel tanker apparently caught fire inside the tunnel. Earlier this year, deadly avalanches around the tunnel buried cars, stranded hundreds of passengers and killed, by some estimates, at least 150 people.

Nevertheless, the Salang is a vital lifeline for Afghanistan, connecting the northern half of the country with the rest of it.

Russia's ambassador to Afghanistan, Andrei Avetisyan, says that the U.S. and NATO today need an enduring symbol of their own that they can point to.

"The Americans need something to show for the billions that they have spent here," says Avetisyan. "There has not been a single, big infrastructure project (since 2001). The country needs roads, railroads, factories."

The U.S. can point to Afghanistan's roads, which have improved. The ring road system that connects the major cities of Kabul and Kandahar is now a paved highway. "Before it would take 27-28 hours to go to Kandahar province; now you can do it in 5-6 hours on that road," says Shahmahmood Miakhel, the country director for the United States Institute of Peace in Afghanistan.
"If security is good," he adds.

Which most of the time, it is not. 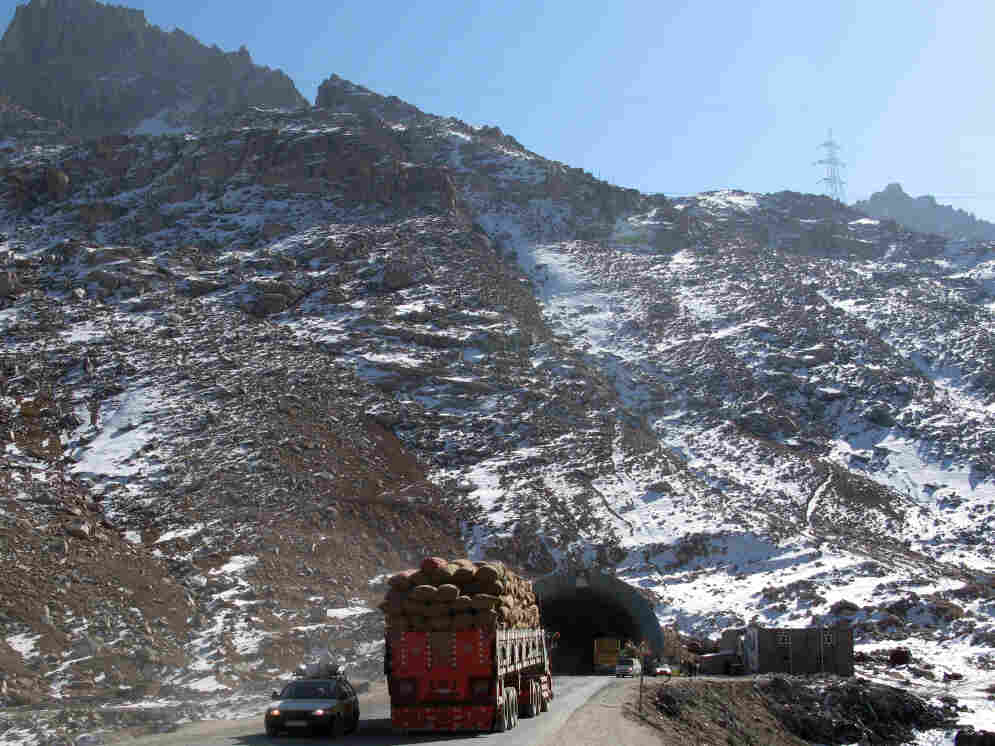 But the road north is relatively safe, allowing the Soviet-built Salang Tunnel to continue serving its purpose. Although it could certainly use some American help with repaving and lighting.

(Nishant Dahiya is an NPR producer. He was part of the team that worked on a series of stories about Afghanistan for this week's edition of All Things Considered. Part one — "For Invaders, A Well-Worn Path Out Of Afghanistan" — aired Monday. Part two, on the aftermath of the Soviets' withdrawal, airs today. Click here to find an NPR station that broadcasts or streams the show.)