Accessibility links
Thirty Years After Lennon's Death, 'RS' Lets Us Hear His Voice Again : The Two-Way Dipping into its archive, Rolling Stone shares the lengthy interview the former Beatle gave just three days before he was killed. It was 30 years ago today that he was gunned down in Manhattan.

For many who loved the Beatles music, today is a heart-breaking anniversary -- John Lennon was shot to death on Dec. 8, 1980. 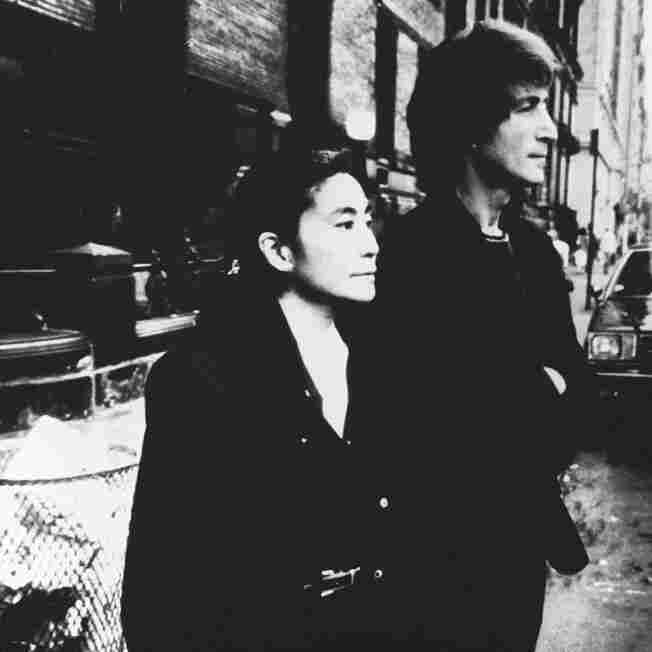 Rolling Stone is marking the day by publishing the complete Q&A of the interview journalist Jonathan Cott had with Lennon three days before the murder.

Much of what RS has is available to subscribers only. But not all. It has, for example, made four audio clips easily available if you click here.

Some of what Lennon has to say in those clips reinforces the impression left by the Double Fantasy album released just before his death -- that at the age of 40 he was a much different, more mature, man than he'd been during the days of Beatlemania:

-- "I cannot live up to other people's expectations of me, because they're illusionary."

-- "I cannot be a punk in Hamburg and Liverpool, because I'm older now."

-- "I see the world through different eyes now. (But) I still believe in love, peace and understanding."

Many other events since Lennon's death, obviously, have had far more significant effects on our world. But, we wonder:

Update at 1:25 p.m. ET: Not surprisingly, the anniversary of Lennon's death is a popular topic today on Twitter. Unfortunately, "Lenon" is the way many folks are spelling his name.

Update at 11:15 a.m. ET: Sunday's Boston Globe included a critical examination of Lennon's reputation as a pacifist. George State University history professor John McMillian made the case that "during his lifetime, Lennon was ambivalent about pacifism, and his public enthusiasm for the peace movement was fleeting and capricious."

Update at 10:45 a.m. ET. NPR.org news editor Todd Holzman reminds us that many Americans first learned about Lennon's death from Howard Cosell during that evening's Monday Night Football game on ABC-TV. We're adding a much-viewed YouTube copy of that moment.

And there's another interesting video about the Cosell-Lennon connenction. ESPN shares some of the off-air conversation between Cosell and play-by-play man Frank Gifford. It sounds like Cosell (an experienced journalist) was unsure about whether he should announce the news on the air -- and Gifford told him he had to do it: