Accessibility links
Senate Convicts Louisiana Judge On Impeachment Charges : The Two-Way U.S. District Judge G. Thomas Porteous will be removed from the bench. He's just the eighth federal judge ever to be impeached and convicted by Congress. Porteous was accused of accepting cash and other favors. 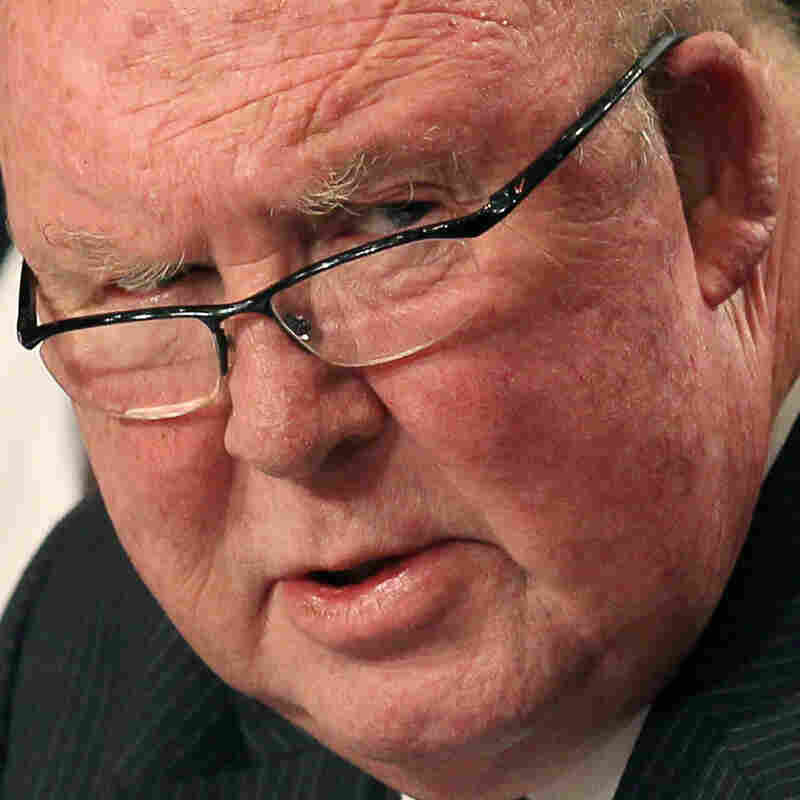 "The U.S. Senate this morning unanimously approved the first of four articles of impeachment against New Orleans federal Judge (G.) Thomas Porteous, removing him from his lifetime seat on the federal bench and denying him his $174,000 annual pension," the New Orleans Times-Picayune writes.

The Associated Press reminds us that prosecutors said "the 63-year-old judge had a gambling problem and began accepting cash and other favors from people with business before his court. He also was accused of lying to Congress and filing for bankruptcy under a false name."

The Times-Picayune writes that:

"Rep. Adam Schiff, D-CA, the lead House impeachment manager, told senators Tuesday that Porteous had demanded payments and gifts from lawyers and bailbonds executives to help support 'a lifestyle which he couldn't otherwise afford' that included frequent gambling at casinos. Schiff said Porteous so corrupted the system that in a complicated federal hospital case one of the parties felt a need to bring in a 'crony' of the judge to its legal team because the other side already had hired a Porteous friend."

He becomes just the eighth federal judge in history to be impeached and convicted by congress, the AP adds. Votes on the three other counts against Porteous are expected today as well.

Update at 11:11 a.m. ET: As the SENATEUS blog reports, Porteous has now been convicted on all four charges.