Accessibility links
10 Years Later: Was The Supreme Court Right On 'Bush V. Gore'? : The Two-Way Justice Antonin Scalia has become known for telling those who object to what the court did to "get over it." Critics say the decision will forever haunt the high court. 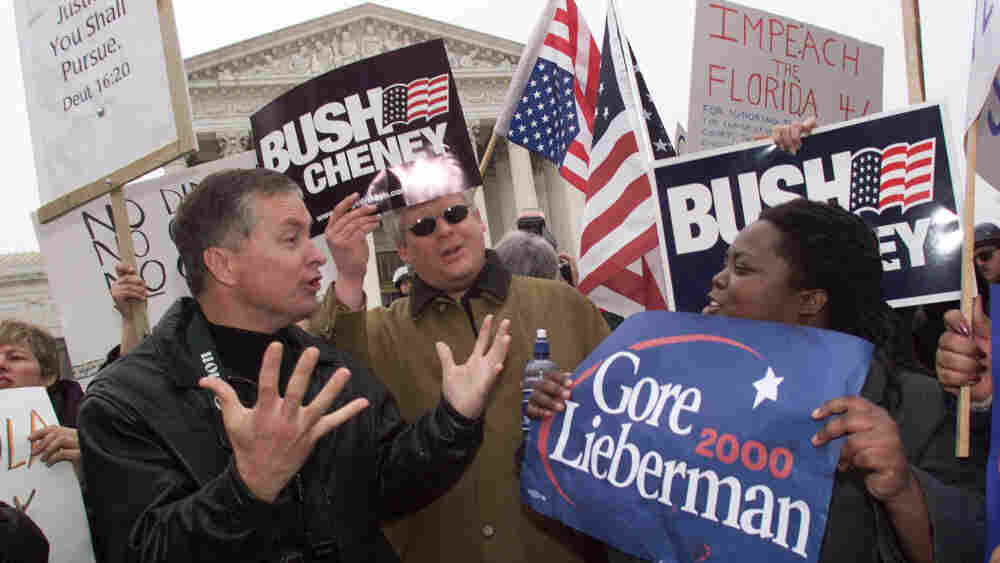 To some it may seem like it was even longer ago:

Three days later, on Dec. 12, the same five justices "stopped the recount once and for all," as The New Yorker's Jeffrey Toobin reminds us. Bush, with Florida's Electoral College votes now in hand because he had been ahead in the state's count, would become the next president.

The five who came down on that side: Chief Justice William Rehnquist and justices Sandra Day O'Connor, Anthony Kennedy, Antonin Scalia and Clarence Thomas.

Scalia has become known for telling those who object to what the court did to "get over it." Toobin argues in The New Yorker's latest issue that the decision "didn't just scar the court's record, it damaged the court's honor."

Ten years later, we wonder what everyone thinks: