Accessibility links
How Did Protesters Get To Prince Charles' Car? British Officials Want To Know : The Two-Way Shouting "off with their heads," some in an angry mob kicked and struck the royals' Rolls. The "disgraceful" attack on the heir to the crown's car and what went wrong with security to allow that to happen are going to be investigated.

How Did Protesters Get To Prince Charles' Car? British Officials Want To Know

How Did Protesters Get To Prince Charles' Car? British Officials Want To Know 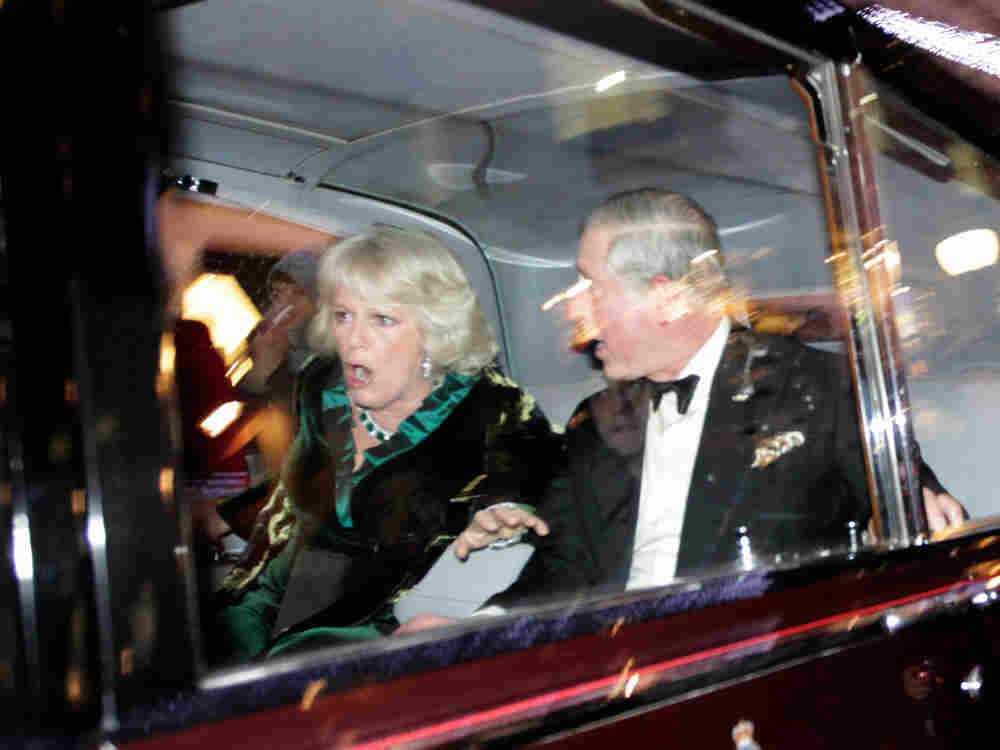 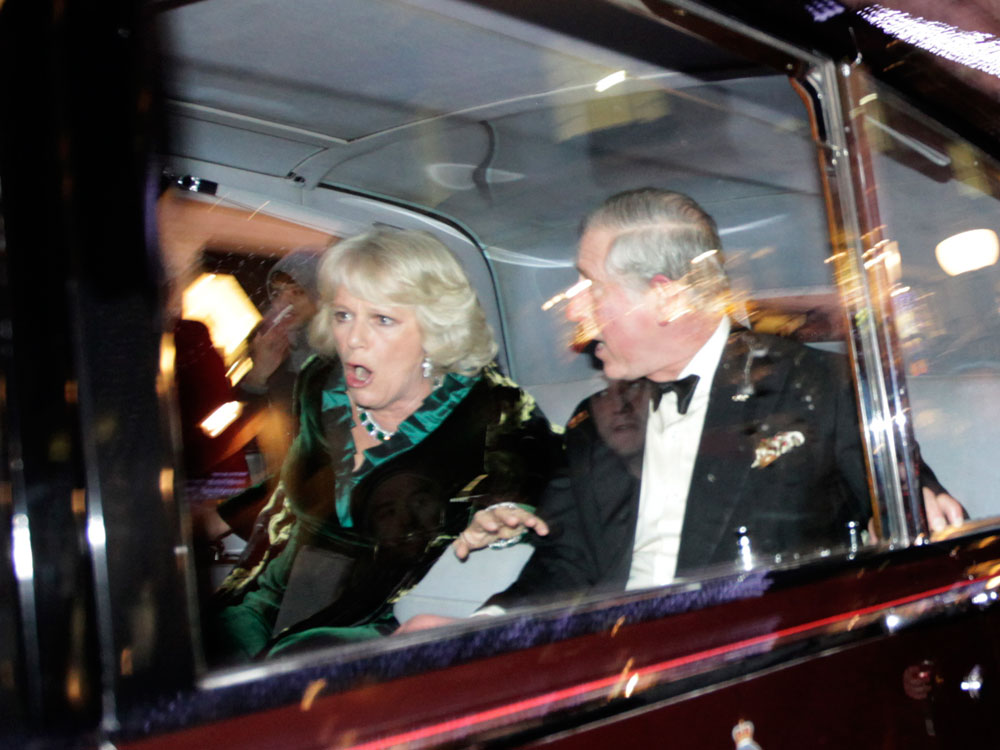 Charles and Camilla react to the attack.

"Could Charles and Camilla have been better protected?" the BBC asks today.

That's certainly a good question one day after the Rolls Royce that Prince Charles and his wife were riding in was attacked by those protesting a stiff increase in tuition fees at U.K. universities.

One thing that could have been done, one security expert tells the BBC, is to have used a different car:

"Former royal protection officer Ken Wharfe told the BBC the royals' 'shiny brown limousine' was 'a challenge' the crowd couldn't resist -- and once it became a target, escape was very difficult. ... 'I do think this was the classic example where the Prince of Wales should have been using his armored Bentley -- it's far less conspicuous.' "

Perhaps the royals could have been taken to their destination via a different route, of course.

The Guardian writes that Prime Minister David Cameron on Thursday "admitted concerns over royal security must be addressed, but said the responsibility for violence lay with the protesters. 'We want to learn the lessons from that but, above all, we want to make sure that the people who behaved in these appalling ways feel the full force of the law of the land.' "

The Daily Mail, meanwhile, writes that the royals' guards were "seconds from drawing their guns on (the) mob." According to the Daily Telegraph, some in the crowd shouted "off with their heads" during the incident -- in which the Rolls was splattered with paint and a windown was cracked.

Neither Charles nor Camilla were injured during the incident.

Update at 10:10 a.m. ET: There's some raw video from the scene of the attack (fair warning: it includes obscenities) posted here. 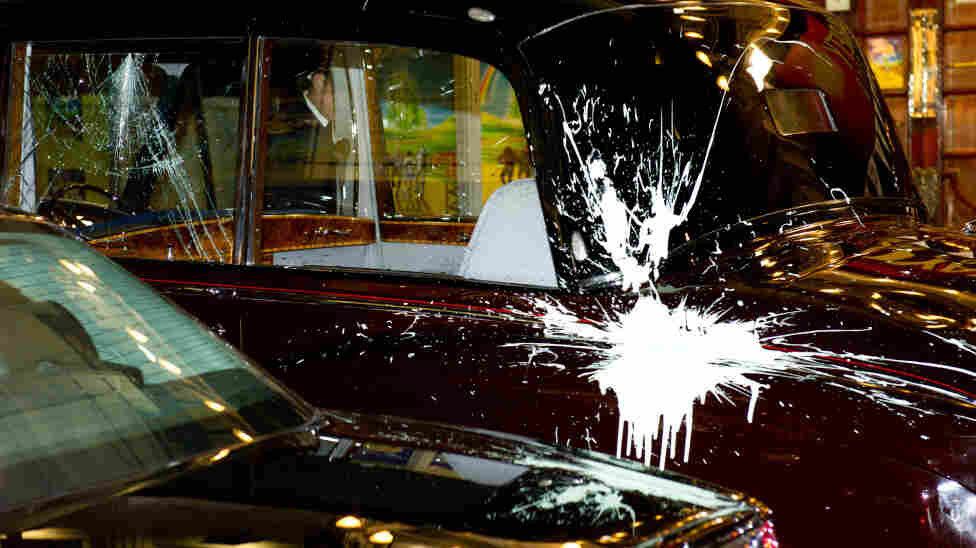