Accessibility links
Suu Kyi Tells 'Time' She May Reconsider Support For Sanctions On Myanmar : The Two-Way Mindful that international sanctions on her nation may be hurting many innocent people, the Nobel Peace Prize winner says they may need to end. 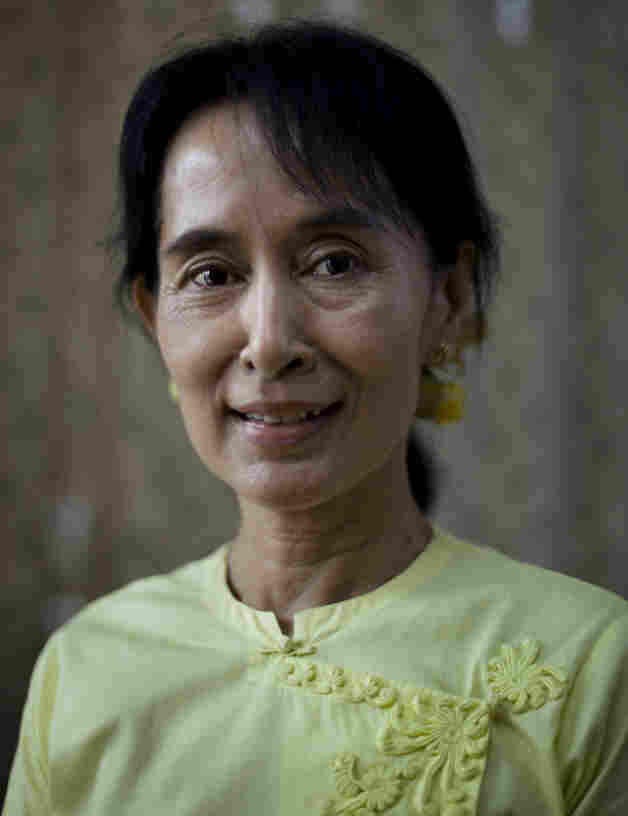 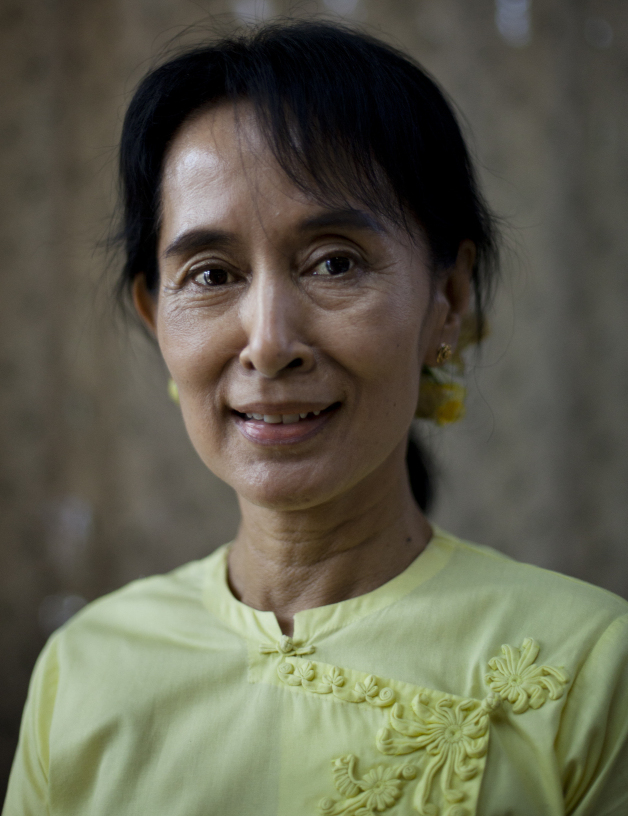 Aung San Suu Kyi poses for a portrait at the National League for Democracy (NLD) headquarters in Rangoon on Dec. 8, 2010.

Mindful that international sanctions on her nation may be hurting many innocent people, Aung San Suu Kyi says "I am ready to reconsider my support of sanctions if it's for the benefit of all of us."

Time visited the 65-year-old Nobel Peace Prize winner, who was released from house arrest this fall, at the Rangoon offices of her political party, the National League for Democracy. She also tells the magazine:

-- She would like to speak with the generals that rule her nation, but  they have been ignoring her. "I wish I could have tea with them every Saturday, a friendly tea," Suu Kyi says.

-- While being detailed, says Suu Kyi, "I spent five or six hours listening to the radio every day. If you're under house arrest and you miss one item, there's no one there to tell you about it, so I listened very carefully."