Accessibility links
Michigan Woman Who Inspired WWII 'Rosie' Poster Has Died : The Two-Way Geraldine Hoff Doyle died Sunday at the age of 86. A photo of her played a role in the famous "We Can Do It!" illustrations of "Rosie."

In 1941, a photographer snapped a photo that would help inspire the nation. As the Lansing State Journal writes, it captured a 17-year-old bandana-clad girl who was working at a metal-pressing plant near Ann Arbor. 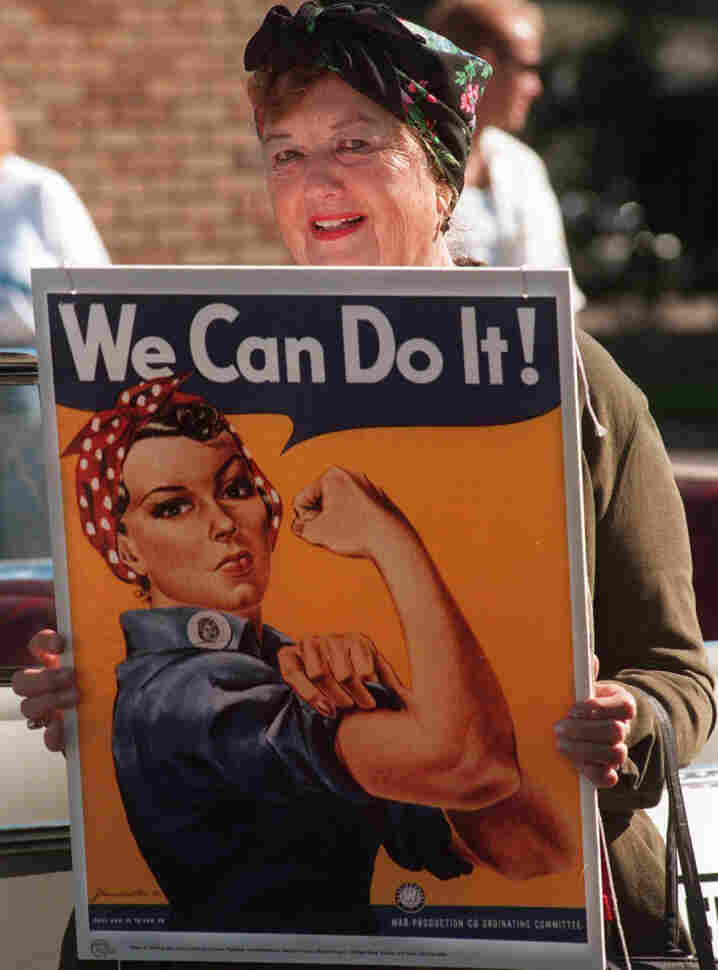 Geraldine Hoff Doyle, in 1997, with a copy of the famous poster her image helped inspire. Courtesy of the Lansing State Journal archive hide caption 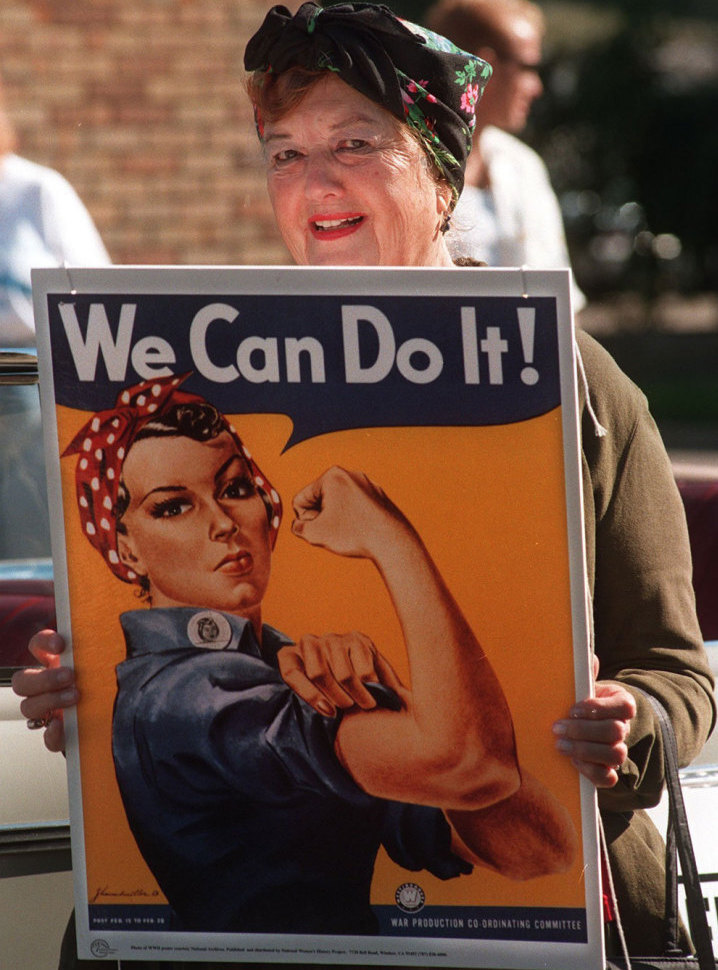 Geraldine Hoff Doyle, in 1997, with a copy of the famous poster her image helped inspire.

That image heavily influenced a poster that "evoked female power and independence under the slogan 'We Can Do It!,' " The Washington Post writes. It became one of the most-famous "Rosie the Riveter" illustrations of the war.

Geraldine Hoff Doyle of Lansing, who 40 years later didn't realize that the photo of her played a role in the Rosie phenomena, died Sunday at a hospice in Lansing. She was 86.

The State Journal says that Doyle never claimed to be the "real" Rosie: "She would say that she was the 'We Can Do It!' girl," [her daughter, Stephanie] Gregg said. "She never wanted to take anything away from the other Rosies."

But, the newspaper adds, "it was Doyle's poster that would eventually become the central face of Rosies everywhere and the rallying cry for an entire social movement."

Our friends at All Things Considered plan their own short tribute to Geraldine Hoff Doyle later today. Click here to find an NPR station that broadcasts or streams the show. We'll add the show's report to this post later.

All this may have some of you remembering the song Rosie the Riveter. Here's a bit of The Four Vagabonds' version:

Editor's note on Nov. 20, 2015: A photo labeled as a 1941 image of Doyle has been removed from this post. There is evidence it was a picture of Naomi Parker Fraley, another of the women who inspired the "Rosie the Riveter" posters. We are seeking clarification.