Accessibility links
To Ease Budget, New Jersey Fights To Seize Unused Gift Cards : The Two-Way The state would like to seize cards that remain unused two years after purchase and estimates it could bring in $80 million. 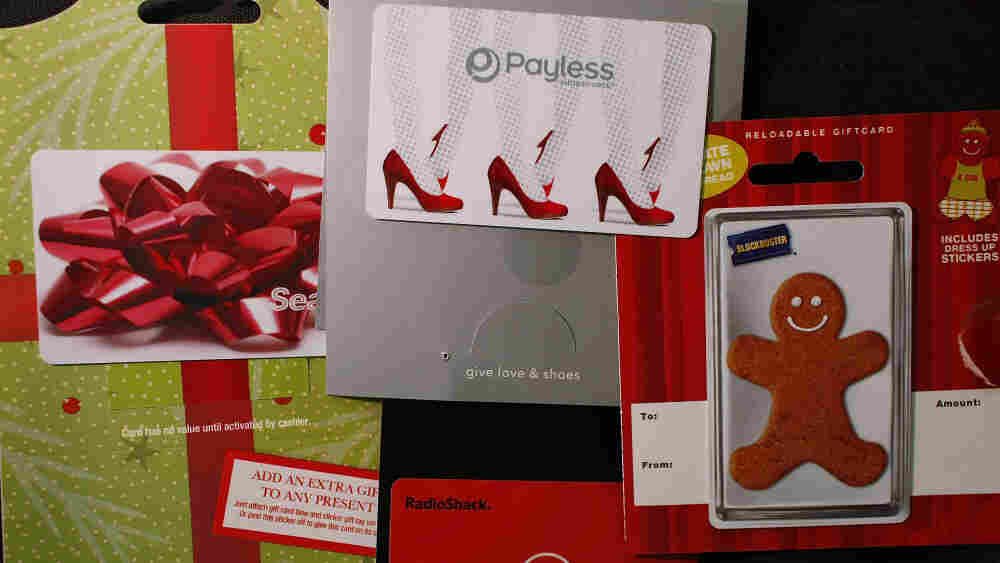 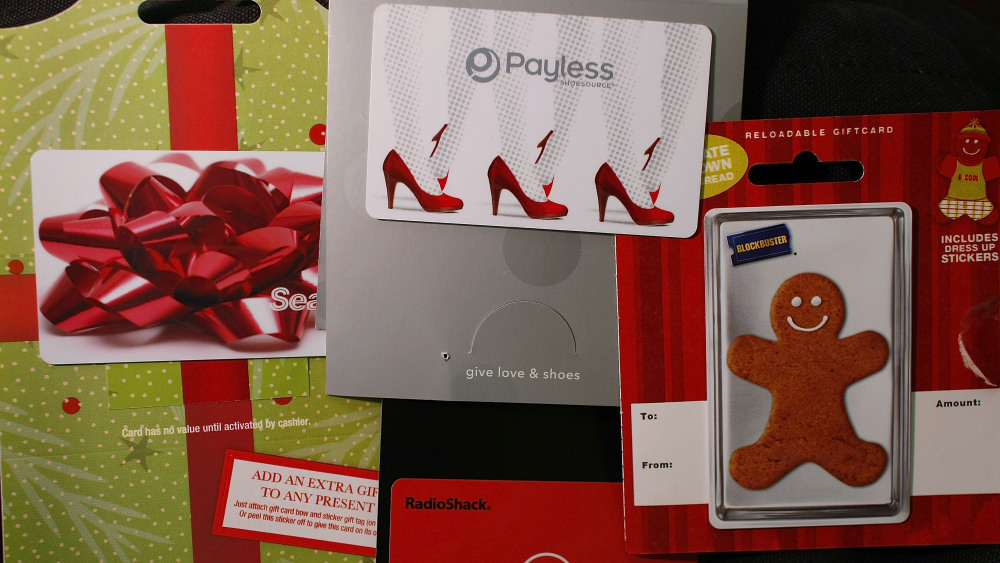 New Jersey estimates the legislation could raise some $80 million.

The legislation ran into problems, when a court temporarily put the law on hold. But the Bergen Record reports that State Treasurer Andrew P. Sidamon-Eristoff said the state will appeal the decision.

Governor Chris Christie, a Republican who took office last January, vowed to rid the state of its budgetary problems by the end of his first term. Bloomberg reports New Jersey is facing a shortfall of $10.5 billion this fiscal year and $10.7 billion next year.

The Record reports the gift card legislation would raise some modest funds:

Christie's administration estimated that the amendment would bring in $80 million to help solve the state's chronic budget problems. A key element of the legislation was that it would be retroactive, allowing the Treasury to seize money from travelers checks as far back as 1994.

The move has set up an intense fight between the state and its merchants and credit card companies like American Express. Americans for Prosperity, the conservative organization financed by David Koch, went after the law aggressively in a radio spot.

"This is nothing more than a hidden tax hike," the ad says. "At what point does taxation become piracy?"