Accessibility links
Dissecting Speaker Boehner's Big Gavel : The Two-Way The Speaker's gavel was a gift from one of his constituents and will not be used for daily business. 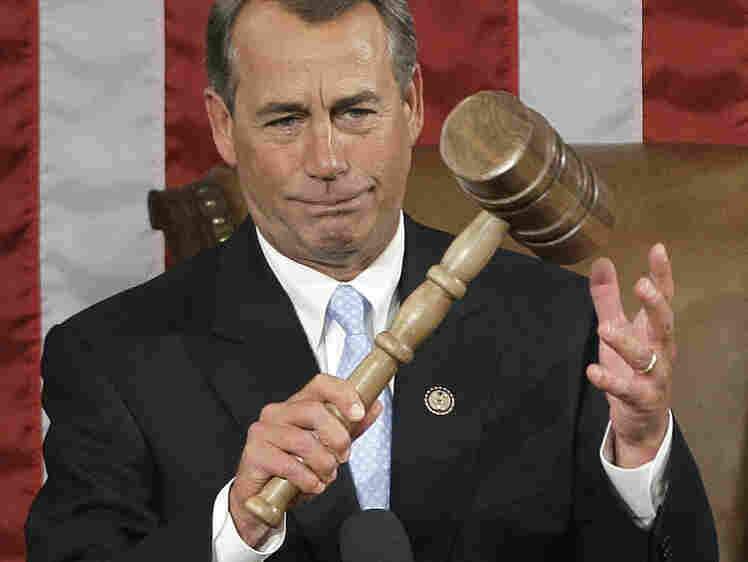 House Speaker John Boehner of Ohio holds up the gavel during the first session of the 112th Congress. Charles Dharapak/ASSOCIATED PRESS hide caption 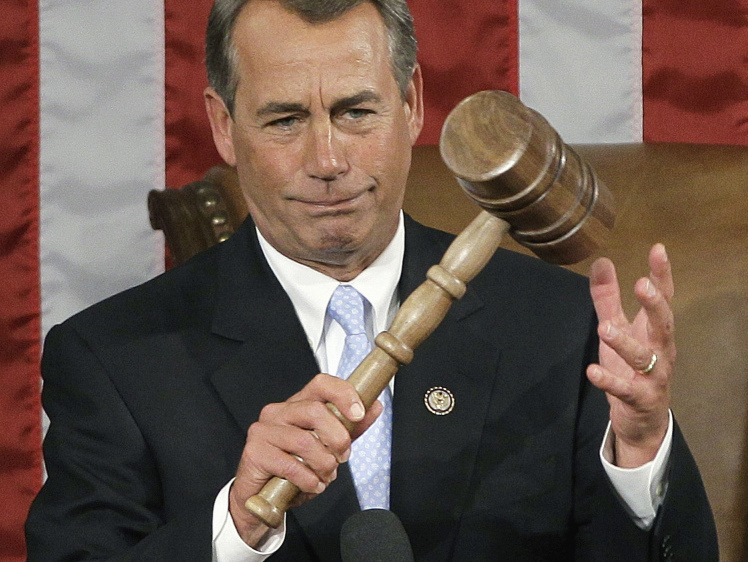 House Speaker John Boehner of Ohio holds up the gavel during the first session of the 112th Congress.

I certainly wasn't the the only one to notice how big John Boehner's gavel was. Even Nancy Pelosi, who became minority leader, made a quip when she handed the gavel to the newly minted speaker of the house.

David Letterman noticed. He and actor Seth Rogen smashed all manner of things with an even bigger gavel:

Time Magazine reports Boehner's gavel was a gift from one of his constituents and it won't be the one he uses on a daily basis. They point out that, in the least, gavels have gotten stronger throughout the years:

In 1906, according to the House's Office of the Clerk, Speaker Joseph Cannon — who appeared on the cover of TIME's first issue — banged one so hard that he knocked the head off. Years later, Speaker Champ Clark broke two gavels during the opening session alone, and Speaker Nance Garner broke three of them during the first week of the 1931 congressional session. (It's said that Garner ordered an "unbreakable" gavel made of black walnut after that.) The longest-serving Speaker, Sam Rayburn, was quoted equating the office of House Speaker with the gavel itself. He collected a number of the items, one of which was reportedly made of timber dating back to the burning of the White House in 1814.

One interesting thing to note is that amidst the health care debate, then-Speaker Nancy Pelosi also wielded a pretty big ceremonial gavel: 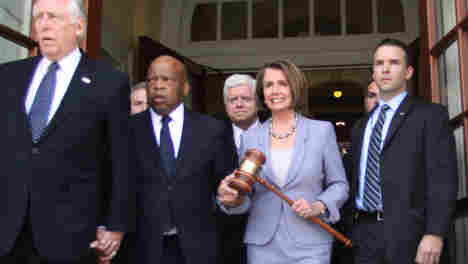 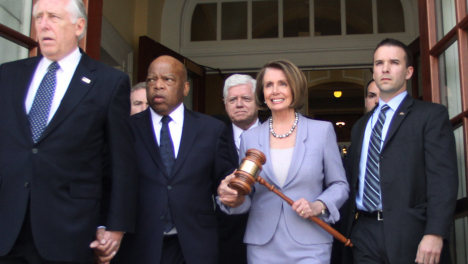 House Speaker Nancy Pelosi, D-Calif., holds a large gavel as she walks out of the Cannon House Office Building after a Democratic Caucus.

Update at 5:58 p.m.: NPR's Travis Larchuk had a piece a on Morning Edition in which he talked to House historian Matt Wasniewski about gavels.