Accessibility links
Tucson's Victims: Young And Old, Public Servants And Citizens : The Two-Way The Tucson dead included a 9-year-old girl who was student politician, a U.S. judge, an aide to the wounded congresswoman and retirees. 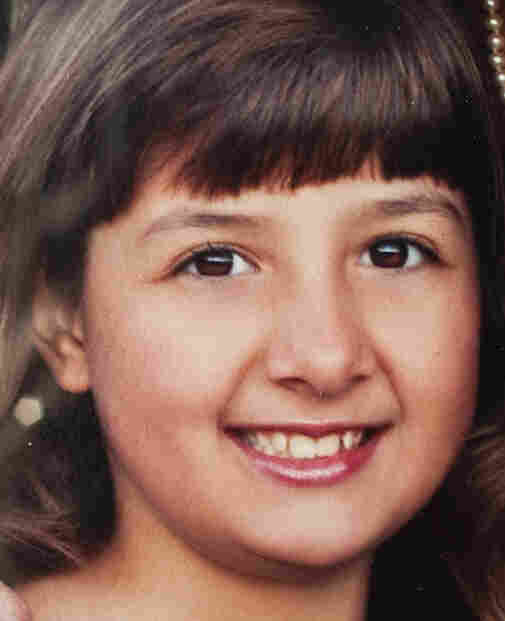 Christina Taylor Green in an undated photo provided by the Green family and distributed by the Arizona Republic newspaper. AP hide caption

The dead victims of the Tuscon shooting attack represented a range of people that might be found at any congressional constituents' event.

They included a 9-year-old girl just elected to her school council who wanted to see a real politician close up; a federal judge who happened to be nearby and stopped to see his friend the congresswoman; a congressional aide responsible for community outreach, and several senior citizens, representative of the demographic of the  nation's most active voters.

Of all the tragedies, the death of 9-year-old Christina Taylor Green seemed to cut the deepest, as children's deaths invariably do.

The grade-schooler was recently elected president of the student council at the Mesa Verde Elementary School.

According to someone who knew her, she wanted to be a veterinarian. But she was outside the Safeway supermarket at Rep. Gabrielle Giffords' "Congress on Your Corner" event because she was also interested in politics.

Her grief-stricken father, John Green, a scout for the Los Angeles Dodgers, told an interviewer through a voice that broke at times:

She was the granddaughter of Dallas Green, the former Phillies pitcher and manager.

Appointed by President George H.W. Bush in 1991, Roll was on his way from Roman Catholic Mass when he stopped by the shopping center to visit his friend Giffords before going home to clean his floors, a weekly ritual according to another friend, Pima County Sheriff Clarence Dupnik.

Roll was drawn into the immigration controversy in Arizona when he certified a $32 million lawsuit filed by illegal immigrants against a rancher.

He became a heated topic on talk radio and received death threats that required the judge and his family to receive protection for several weeks from U.S. marshals.

Gabe Zimmerman, 30, was Giffords' director of community outreach. He was a former social worker who was engaged to be married.

From the Arizona Republic:

As director of community outreach, Zimmerman had organized the event.

"He was asking them what they needed," said Mark Kimble, a speech writer standing a few feet away.

Zimmerman, a 30-year-old social worker with a master's degree, brought compassion to his job.

"Gabe was a master at dealing with people," [Giffords' spokesman C.J.] Karamargin said. "He truly cared about helping people. There were no politics involved in this."

Stoddard's wife, Mavanell, was wounded in the leg but expected to recover.

According to the Arizona Daily Star, Stoddard was active at his church, doing maintenance.

Mike Nowak, the couple’s minister at Mountain Avenue Church of Christ, said Dorwan Stoddard was “a terrific guy, a jack-of-all-trades.”

Stoddard performed maintenance work at the church; he and Mavanell — everybody calls her “Mavy” — spent their summers traveling. Friends said they visited all 50 states and 28 foreign countries during their trips.

The Stoddards were among the first to visit friend Frankie Williams when she was recovering from hip surgery.