Accessibility links
Are You Smarter Than A Computer The Size Of 10 Refrigerators? : The Two-Way IBM's supercomputer Watson will take on two of Jeopardy's most famous contestants.

Are You Smarter Than A Computer The Size Of 10 Refrigerators?

Are You Smarter Than A Computer The Size Of 10 Refrigerators? 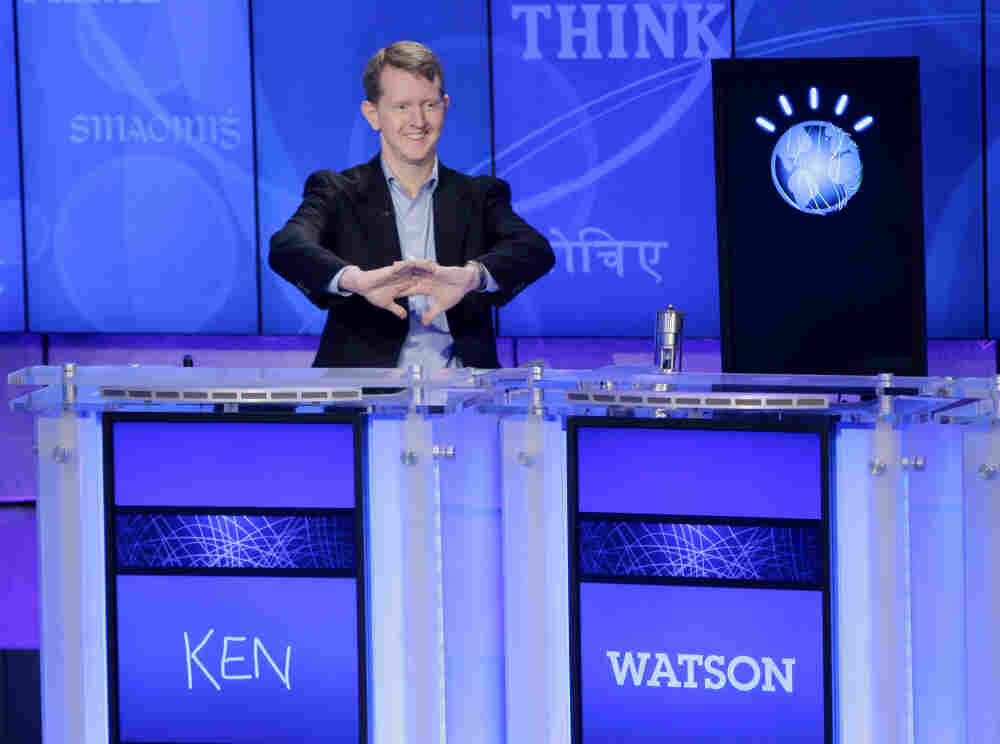 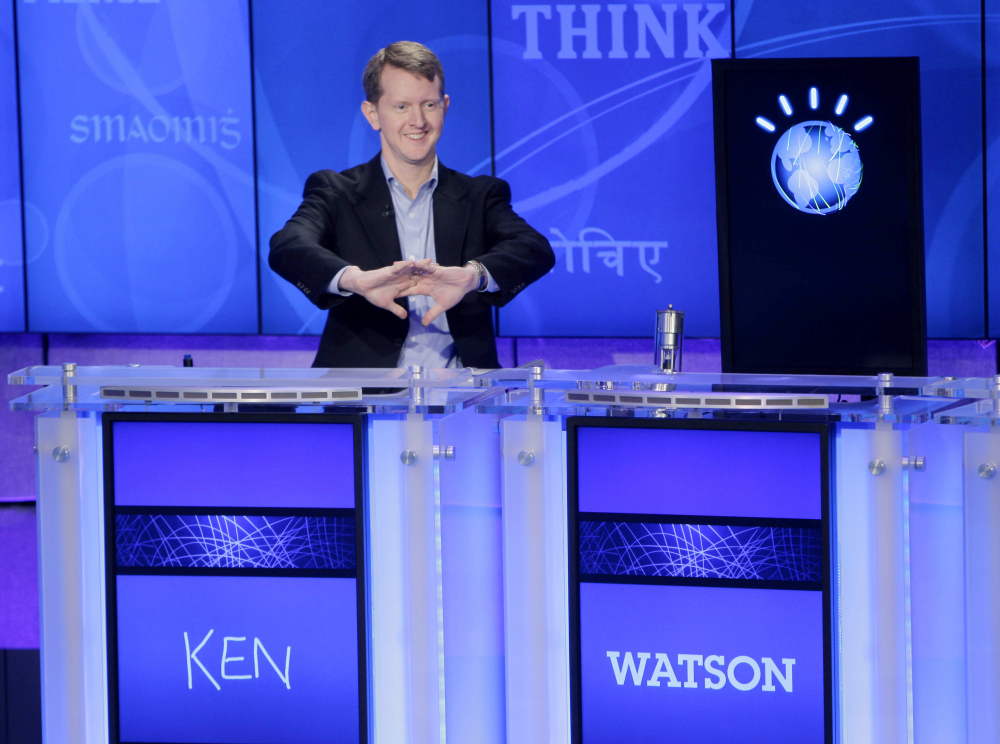 Jeopardy! contestant Ken Jennings, who won a record 74 consecutive games, cracks his knuckles before starting a practice match against another "Jeopardy!" champion and an IBM computer called "Watson."

In February, on Jeopardy!, we'll find out if Ken Jennings, the guy who won a record 74 games in 2004 and 2005, is in fact smarter than a super computer that, as the Boston Globe reports, "swallows encyclopedias whole."

Jennings is taking on IBM's Watson, which ZDNet describes as being "self-aware" and able to learn. Watson, really a computer the size of 10 refrigerators, will be represented on set by a monitor displaying a blue globe.

Earlier today, Watson beat Jennings and Brad Rutter, another highly succesful ex-contestant, in a practice round. Some of the video is amusing. It's bad quality, but check this one out where Watson just slams dunks a category called "Chicks Dig Me." The computer even gets a few laughs:

In its report from the practice round, ZDNet has plenty of amazing facts about the machine. For one, in order to keep everyone on a level playing field, the producers of Jeopardy! wanted Watson to actually trigger a buzzer. Here are a few more:

-- The Jeopardy questions hit Watson’s chips as soon as the human retinas get the data. To take away any advantage, Watson has a mechanism to hit a signaling device, said Trebek.

-- Watson cannot be psyched out, which is a problem for human players. Jennings and Rutter said that it’s a disadvantage to play a computer that has no emotions. Both Jeopardy champs said they were able to psych out rivals during their win streaks.

-- Rutter said Watson can be a bit overwhelming. Jennings and Rutter quipped about how computer capabilities are part of human advancement, but acknowledged that they were a bit uncomfortable. Jennings said he “didn’t want technology to advance that far just yet.” When John Kelly III, director of IBM Research reminded Jennings and Rutter that computer and human intelligence were at an intersection point and computing would only improve, Rutter quipped: “So we’re all extinct.”

Update at 4:19 p.m. ET: Commenter Tim Wolfe wondered if Watson could understand why something is funny or even if it is funny. Jennifer Galitz McTighe, a spokesperson for IBM, has our answer:

Watson represents a tremendous breakthrough in computers understanding natural language – “real language” that is not specially designed and encoded just for computers, but language humans use to naturally capture and communicate knowledge. Natural language is how humans actually use language. It contains puns, slang, jokes, jargon, acronyms and even words used in the wrong context. Computers are really good at computation, but they struggle with natural language because it’s implicit, highly contextual and ambiguous – and often imprecise.

So, yes, Watson is able to understand jokes. But Watson is not able to deliver jokes.