Accessibility links
How Mobile Technology Has Changed Where And When We Read : The Two-Way The iPad, a study found, takes reading back to our places of comfort.

IPad, IPhone Users: How You Read Has Changed

IPad, IPhone Users: How You Read Has Changed

I think we all know that technology has changed when and where we read. The people at Read It Later, an application that lets you save pieces for later reading, found an interesting way to measure how mobile technology is changing yet again the habits that computers forced on us.

The chart for iPhone users reading habits is interesting: 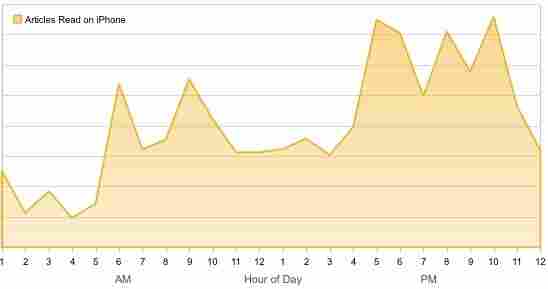 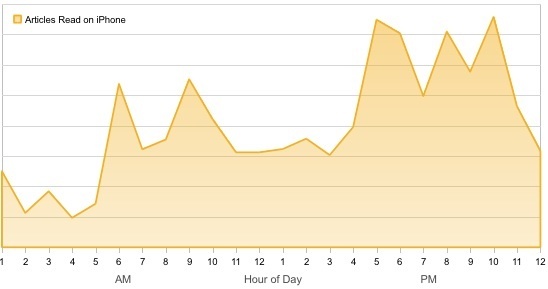 The reading habits of iPhone users.

It tells you people reading on mobile phones are reading at four key times:

But then, they looked at iPad users and found that they read during comfort times. The iPad, the analysis says, moves reading to where it used to be when we read magazines, books and newspapers. That is to our private time and to our comfort places. Here's the comparative graph: 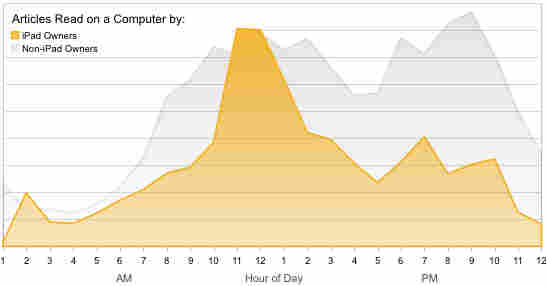 When iPad users read compared to those who don't own a tablet. Read It Later hide caption 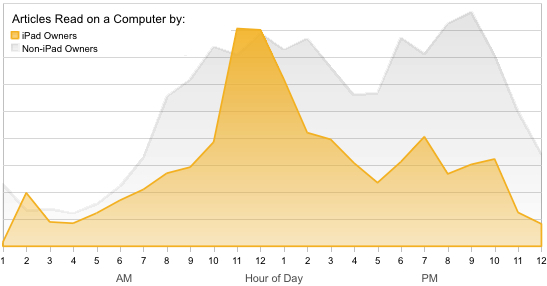 When iPad users read compared to those who don't own a tablet.