Accessibility links
With Beatification, Pope John Paul II Moves Closer To Sainthood : The Two-Way The pope, who died in 2005, will be considered "blessed" after beatification -- which came after the church declared that a nun's recovery from Parkinson's disease was a miracle. 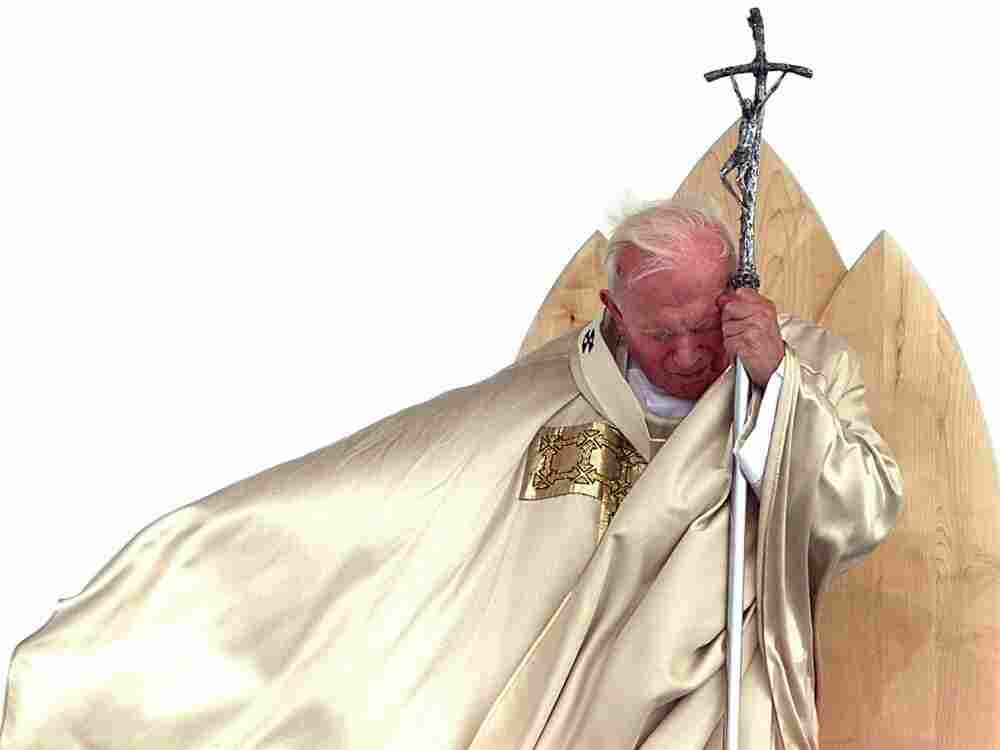 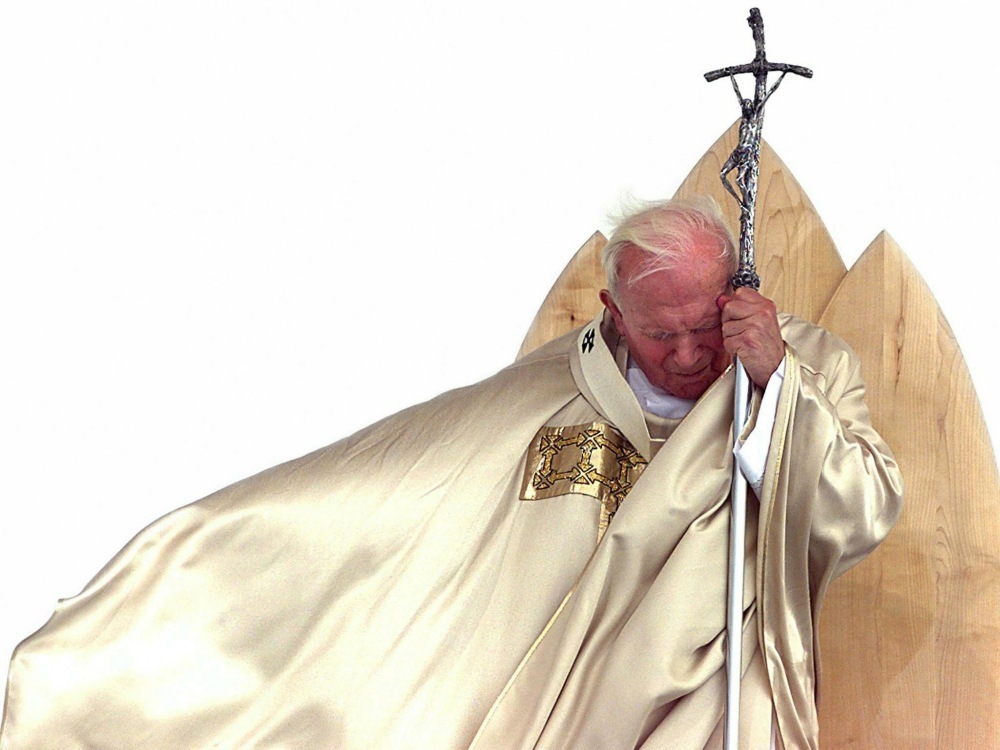 Pope John Paul II on Sept. 19, 1999, in Maribor, Slovenia, during a mass celebrating the beatification of Anton Martin Slomsek.

Pope Benedict XVI today "signed off on the miracle needed for the beatification of Pope John Paul II, and set May 1 as the date to honor one of the most beloved popes of all times as a model of saintliness for the church," the Associated Press writes.

In that story, the AP goes on to report that the pope "said in a decree that a French nun's recovery from Parkinson's disease was miraculous, the last step needed for beatification. A second miracle is needed for the Polish-born John Paul to be made a saint."

Which led us to go in search of more about exactly what beatification is.

The Catholic Education Research Center has a post on "the process of be coming a saint." As it says, beatification follows an initial investigation and means either that the person has been "declared 'blessed' by virtue of martyrdom" or has been "credited with a miracle. ... After beatification, another miracle is needed for canonization and the formal declaration of sainthood."

On the Vatican's website, it's said that beatification is "limited to a Servant of God whose virtues to a heroic degree, or Martyrdom, have been duly recognized."

Vatican Radio has more about the beatification of Pope John Paul II here.

On the nun's recovery, the Catholic Herald says that:

"Sister Marie Simon-Pierre was diagnosed with aggressive Parkinson's in 2001 and had to quit her job at a maternity ward in Arles, Provence. After John Paul's death in 2005, her order began praying for his intercession. According to the testimony, Sister Marie Simon-Pierre woke up with her condition cured after having written John Paul II's name on a piece of paper."