Accessibility links
The 'Lt. Uhura' Character Broke Racial Barriers : The Two-Way Nichelle Nichols, who was "Lt. Uhura" in the '60s TV classic and later movies, says she was ready to leave the show after its first season -- until Rev. Martin Luther King Jr. told her to keep playing that groundbreaking character.

Nichelle Nichols on being "chosen" 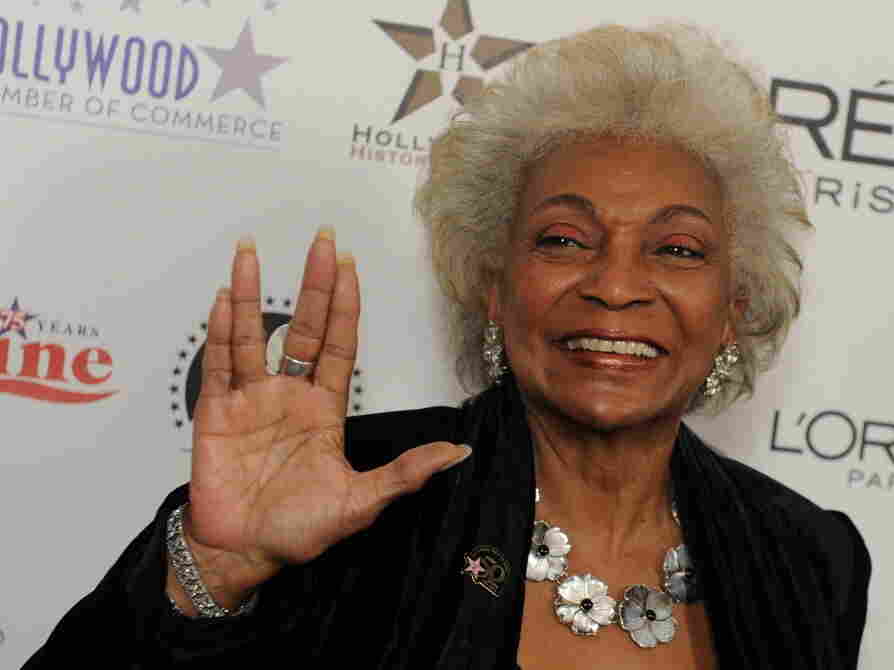 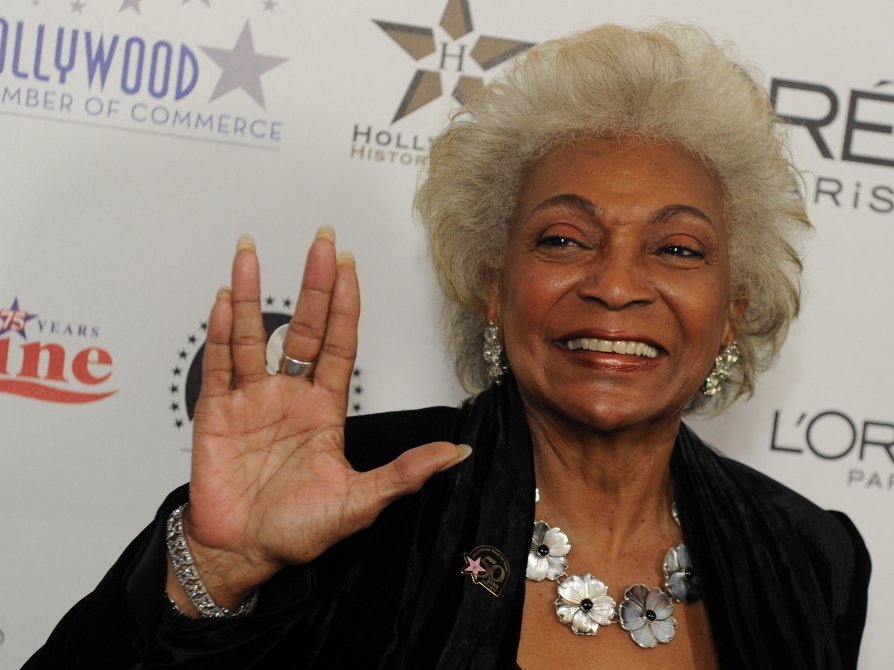 The nation honors the memory of Rev. Martin Luther King Jr. on Monday. And among NPR's offerings that day will be a fascinating story from actress Nichelle Nichols -- known to fans around the world as "Lt. Uhura" on the original Star Trek TV series and six of the later big-screen movies based on that vision of the future.

Star Trek went on the air in 1966. Tell Me More host Michel Martin spoke with Nichols about how the actress almost left the show after one season to return to her first love -- the musical stage.

But at an NAACP dinner in Los Angeles, Nichols says, King told her he was her biggest fan. When Nichols (who has shared this story before, including in her autobiography) told King she was planning to leave the show, he told her she couldn't do that.

Star Trek creator Gene Roddenberry, Nichols says King told her, was showing the nation a universe where " 'for the first time, we [African-Americans] are being seen the world over ... as we should be seen'." And " 'you have created a character' " that is critical to that, he said.

King also told her that " 'this is the only show that my wife Coretta and I will allow our little children to stay up and watch?' "

She decided to stay on the show. The Lt. Uhura character, as Michel Martin attests, became an icon -- inspiring young black kids, especially girls. When Uhura and Captain Kirk (who, as you probably know, was played by the white actor William Shatner) kissed in the Plato's Stepchildren episode, a racial barrier was broken.

Here's the audio of Nichols talking about her conversation with King:

And here she says that she later knew she'd made the right decision, "because as Dr. King said, 'you have been chosen ... this is historic' ":

Nichelle Nichols on being "chosen"

Much more from the conversation, as we said, is due on Monday's edition of Tell Me More. Click here to find an NPR station that broadcasts or streams the show.

Update at 6:45 p.m. ET: As commenter "Douglas P" reminds us (and our thanks for the nudge!), Nichols has told this story before. We knew that and have updated the post to make that clear. We wanted to share her conversation with Tell Me More because of its timeliness -- coming in conjunction with Martin Luther King Jr. Day.