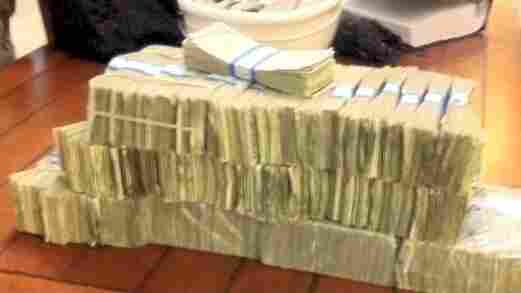 In all, the stack of money weighed 33 pounds. screenshot/Nic Ramos hide caption 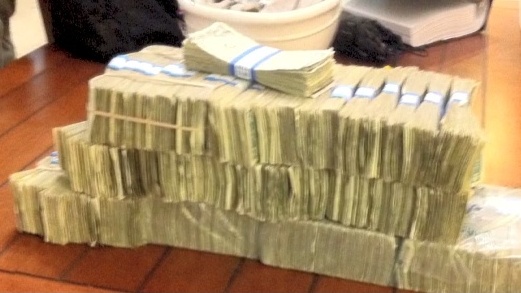 In all, the stack of money weighed 33 pounds.

This story is a couple of days old, but still worth sharing: University of Colorado at Boulder student Nic Ramos wanted to make a point about the price of higher education.

So he decided to pay his $14,309.51 university tab in cash and in dollar bills. If you can't imagine what that looks like, just know that a duffle bag filled with that many Washingtons weighs 33 pounds.

To get the cash, Ramos and his roommate took trips to six different banks. He says he understands this is a stunt. But he also seems to have genuinely learned something with this adventure.

"The sacrifices that my family is willing to make for me to go to school and be happy," he said in a YouTube video. "I know that I always appreciated it and all those things but this just put it into a whole new perspective when i could physically see that sacrifice."

In this video he explains the whole thing: