Accessibility links
New 'Giant' Species Of Crayfish Found In Tennessee Creek : The Two-Way It may only be about 5 inches long, but that's about twice the size of most others. And until now, it had not been known to exist. But researchers who had heard there might be such a beast found it under the last rock they turned over. 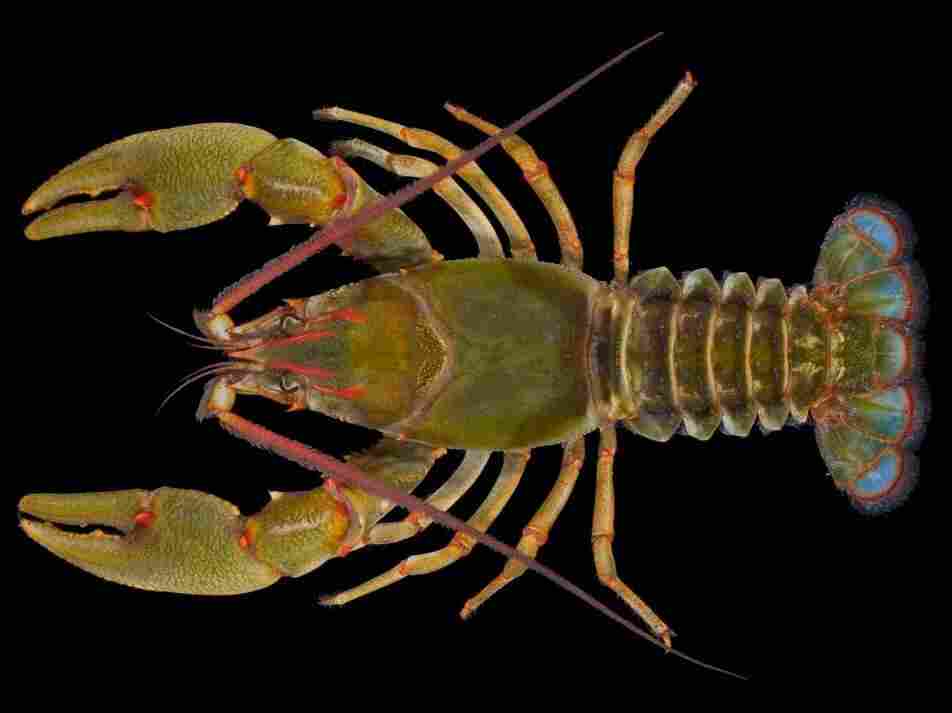 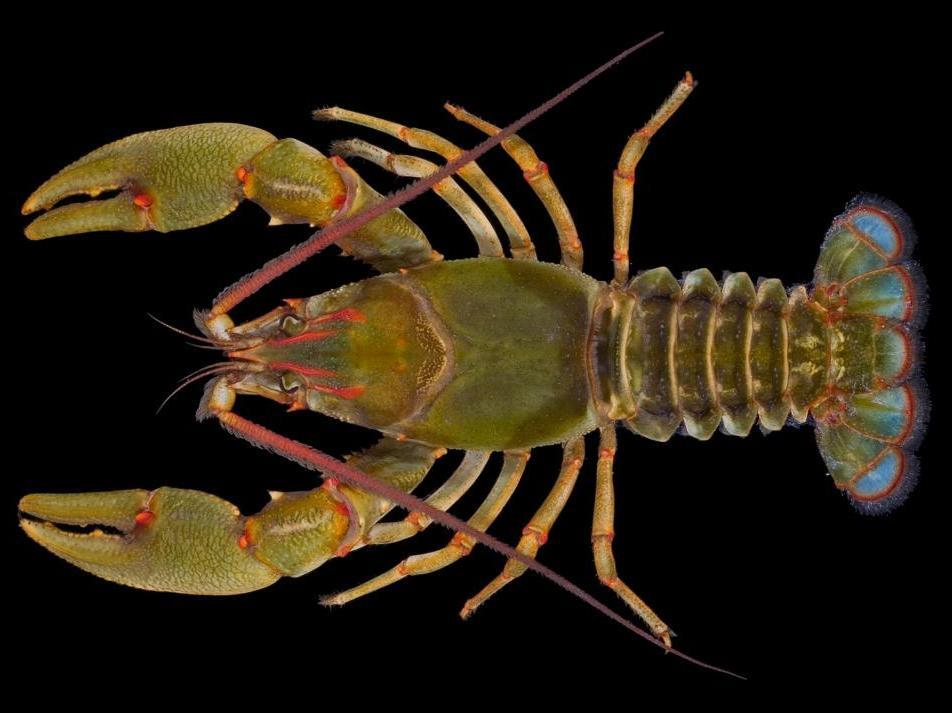 "A new species of giant crayfish [has] literally crawled out from under a rock in Tennessee, proving that large new species of animals can be found in highly populated and well-explored places," Reuters reports.

Researchers Christopher Taylor and Guenter Schuster reveal the discovery in the latest issue of the Proceeding of the Biological Society of Washington (it costs $10 to buy the article). The Barbicambarus simmonsi is about 5 inches long — double the length of most crayfish in the region.

Taylor, from the University of Illinois, and Schuster, from Eastern Kentucky University, heard in the summer of 2009 about the possibility that a new species had been spotted in southern Tennessee by a scientist with the Tennessee Valley Authority. They headed to the area in October that year. And they almost didn't come up with anything.

The University of Illinois news bureau writes that:

"With two other biologists, Taylor and Schuster scoured the creek for more specimens. After two hours of turning over boulders and kicking up the sediment to flush the crayfish into their seine, the researchers had found nothing out of the ordinary.

" 'We had worked so hard and long that we were ready to give up and find another site,' Schuster said. 'And we saw this big flat boulder underneath a bridge and so we said, OK. Let's flip this rock, just for the heck of it; this will be our last one. And sure enough, that's where we got the first specimen.' It was a big male, about twice the size of any other crayfish they had seen that day."

Taylor told us today that "we were elated, jumping for joy," when the first of the two crayfish they ended up finding that day crawled out. The scientists proved that they had something new with DNA tests and after studying a ridge and unique spine between the creatures' eyes that the other species in the genus do not have.

Most North American crayfish, he adds, live no more than three or four years and occasionally grow to 4 or 4 1/2 inches long (from the tip of the body to the tip of the tail). The two discovered in 2009, he estimates, were 4 to 5 years old and could be part of the largest species of crayfish in North America.

Taylor and Schuster have each discovered other new species of creatures before, but this one, says Taylor, is special because it wasn't found "in a very difficult-to-access habitat like a cave. ... This was a stream and region that had been searched."

And the attention he and Schuster have gotten in the past 24 hours, says Taylor, "has been wild."

Barbicambarus simmonsi, by the way, gets its name from TVA scientist Jeffrey Simmons — the guy who spotted what turned out to be the new species. 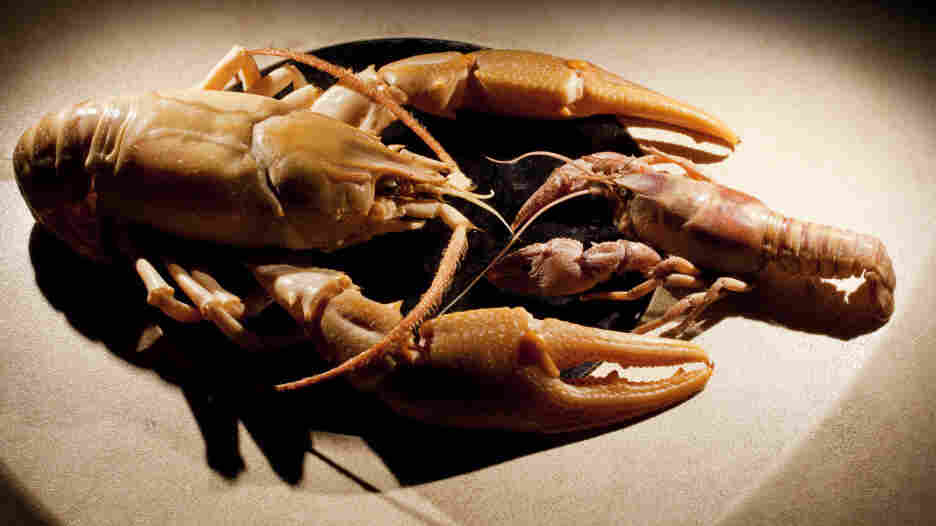 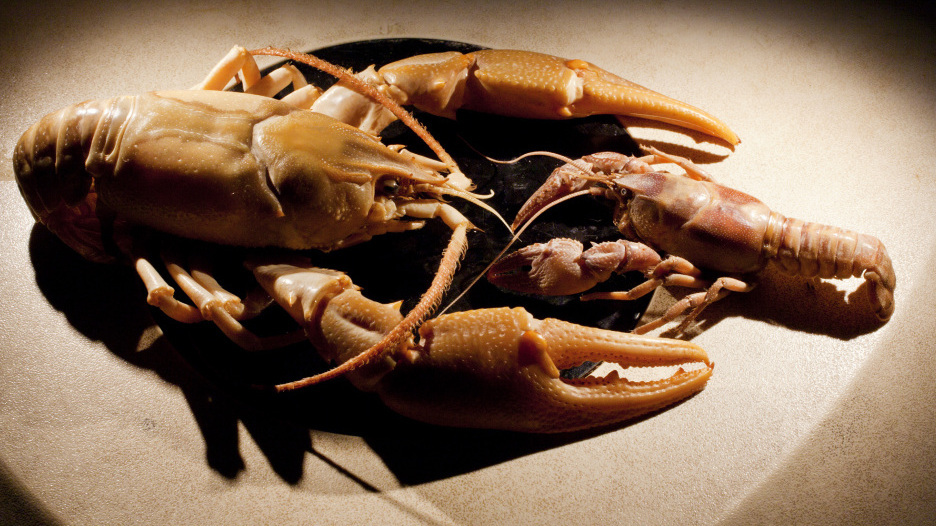 The new species, Barbicambarus simmonsi (left) is more than twice the size of typical crayfish found in the same creek.