Accessibility links
Jobs, The Future And Salmon: Key Words From State Of The Union : The Two-Way On the morning after, headline writers are focused on what the president said regarding jobs and the challenges of the future.

Jobs, The Future And Salmon: Key Words From State Of The Union

Jobs, The Future And Salmon: Key Words From State Of The Union

Before we move on to other top stories, let's take a quick look at how last night's State of the Union address by President Obama is being portrayed in headlines:

— The Wall Street Journal: "Obama Gears Up for a Global Challenge"

— The Weekly Standard (conservative): "Not A Winning Speech"

— The Huffington Post (liberal) " 'Our Destiny Remains Our Choice' "

And then there's the challenge that NPR put to its Facebook fans to sum up the address in three words. The thousands of submissions were made into a word cloud and this is what it looked like: 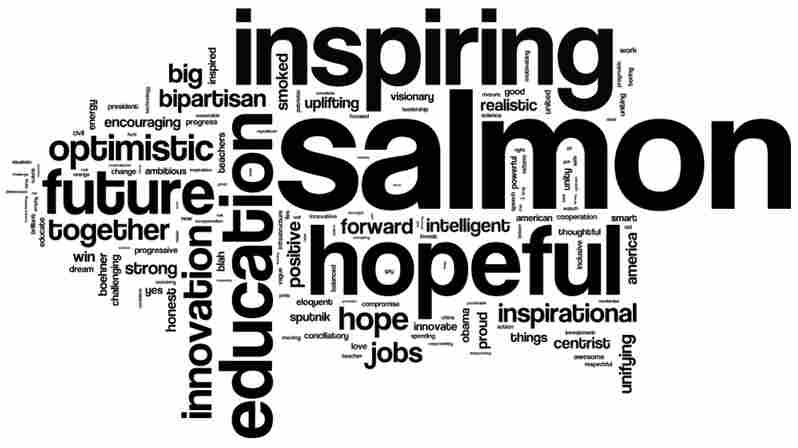 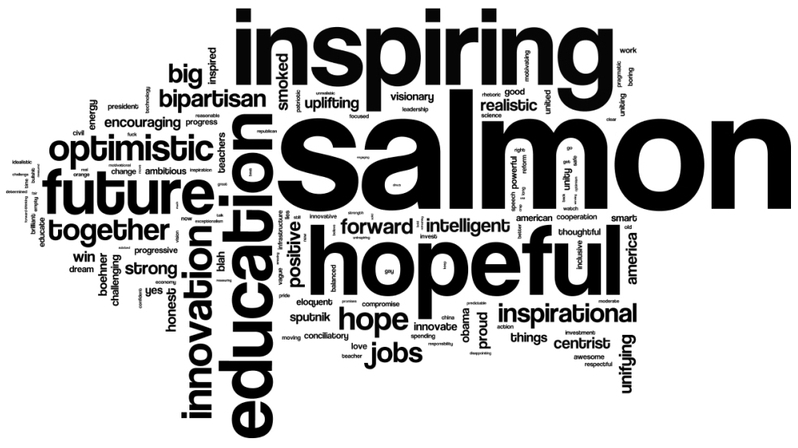 Salmon? Oh, yeah. Folks were remembering the funny moment when Obama got laughs from the lawmakers for saying this:

"We live and do business in the Information Age, but the last major reorganization of the government happened in the age of black-and-white TV. There are 12 different agencies that deal with exports. There are at least five different agencies that deal with housing policy. Then there's my favorite example: The Interior Department is in charge of salmon while they're in fresh water, but the Commerce Department handles them when they're in saltwater. I hear it gets even more complicated once they're smoked."

Courtesy of C-SPAN.org's video library, here's what it looked and sounded like when the president talked about salmon: