Accessibility links
Facebook's Zuckerberg Gets Hacked : The Two-Way Somebody added a message suggesting that the social networking site take in money via micro-investments. 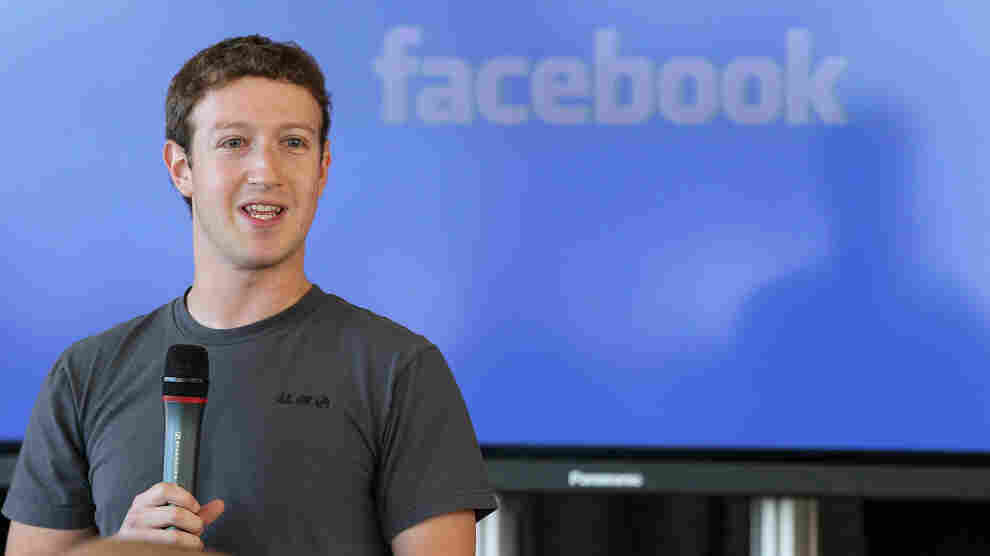 This isn't what you want to have happen when you're the public face of the biggest social networking site:

"Mark Zuckerberg's Facebook page has been hacked by an unknown person who posted a status update suggesting that the site should let people invest in it rather than going to the banks. The page belonging to the 26-year-old Zuckerberg, the Facebook founder who was named Time's Man of the Year in 2010, was hacked some time on Tuesday." (The Guardian)

TechCrunch, which was on the story quickly, says this message was posted:

"Let the hacking begin: If facebook needs money, instead of going to the banks, why doesn't Facebook let its users invest in Facebook in a social way? Why not transform Facebook into a 'social business' the way Nobel Price winner Muhammad Yunus described it? http://bit.ly/fs6rT3 What do you think? #hackercup2011"

Facebook hasn't commented on this yet. The message, though, is gone.