Accessibility links
ElBaradei Back In Egypt; Says It's Time For A New Government : The Two-Way Protests continue in major cities as demonstrators push for President Hosni Mubarak to cede power.

ElBaradei Back In Egypt; Says It's Time For A New Government

ElBaradei Back In Egypt; Says It's Time For A New Government 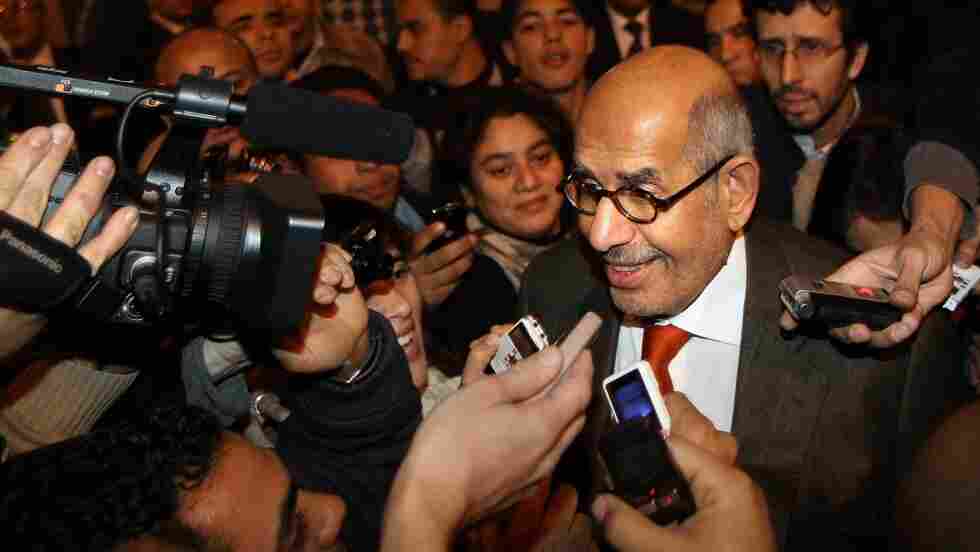 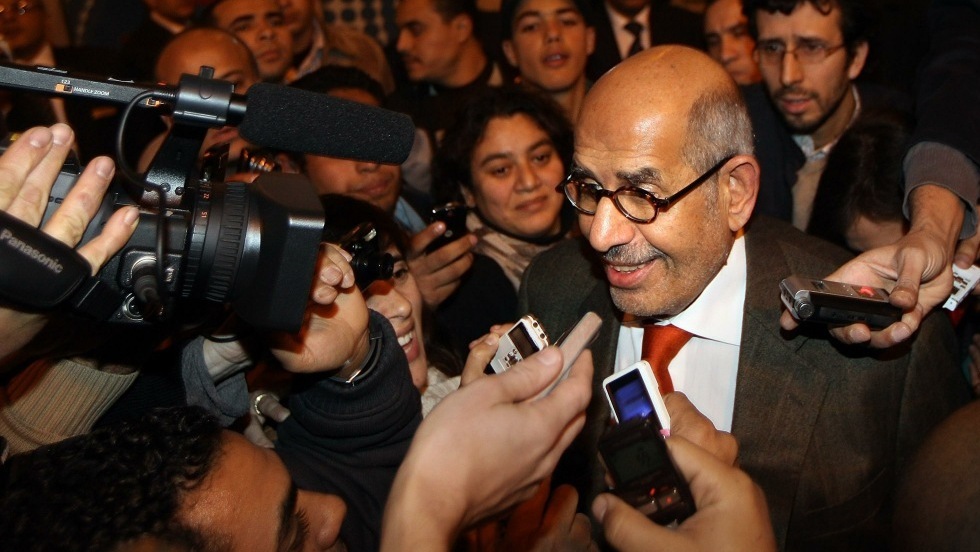 Mohamed ElBaradei was surrounded by reporters as he arrived at Cairo airport today (Jan. 27, 2011).

Dramatic developments continue in Egypt, where anti-government protests have have extended to a third day in the streets of Cairo and Suez.

Mohammed ElBaradei, a winner of the Nobel Peace Prize and one of Egypt's most influential advocates of democracy, returned from abroad and said he is ready to lead a transitional government if that's the direction his nation takes.

Before leaving Vienna for Cairo, ElBaradei told reporters that "If [people] want me to lead the transition, I will not let them down," the BBC says.

He also said, according to the Associated Press, that it is time "to see a new regime and to see a new Egypt through peaceful transition.'' President Hosni Mubarak has led Egypt for nearly 30 years.

On arrival in Cairo, reports NPR's Soraya Sarhaddi Nelson, ElBaradei said he is ready to march with his countrymen and that it is time for their government to share power or leave.

But, she adds, Egypt's ruling National Democratic Party appears in no mood to barter. At an earlier news conference, the NDP secretary general dismissed the protestors as a minority that can't force its will on the majority.

Meanwhile, Reuters reports that "security forces shot dead a Bedouin protester in the north of Egypt's Sinai region on Thursday, bringing the death toll to five on the third day of protests inspired by unrest which toppled Tunisia's president earlier this month."

ElBaradei was awarded the 2005 Nobel Peace Prize for his work leading the International Atomic Energy Agency. 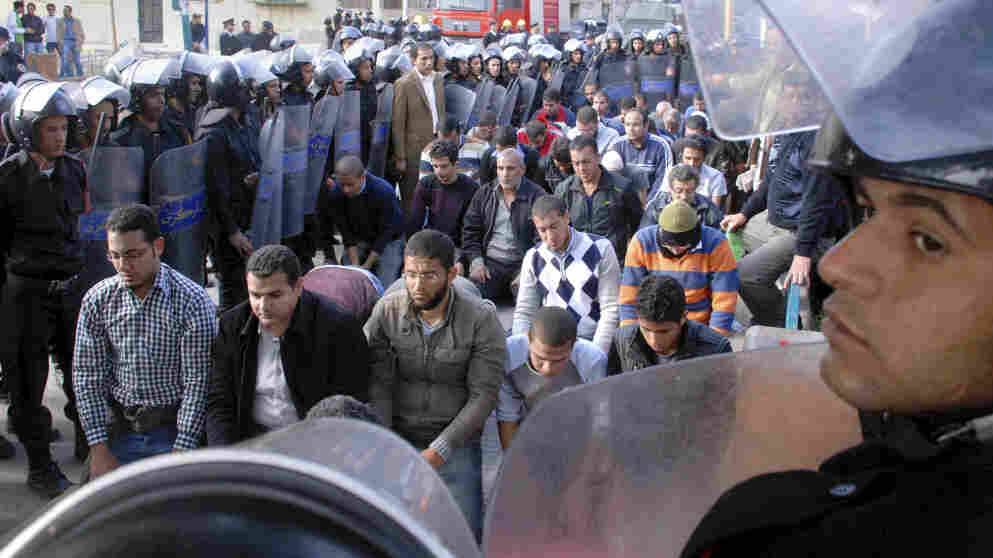 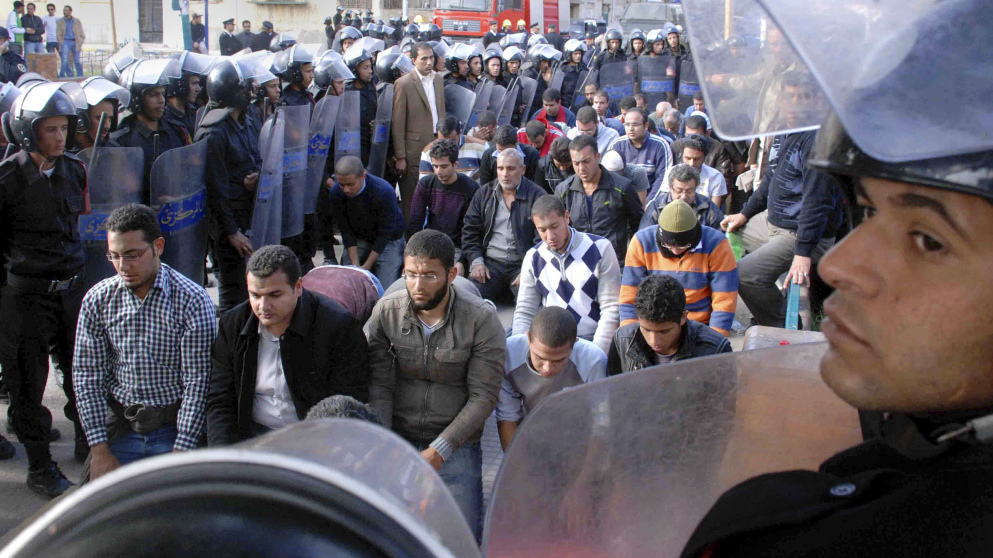