Accessibility links
Egypt Braces For Bigger Demonstrations : The Two-Way Protests in the streets of Egypt are expected to grow larger Friday after the arrival of democracy advocate Mohammed ElBaradei and the announcement by the Muslim Brotherhood that they will join the demonstrations.

Friday Protests In Egypt Expected To Be Biggest Yet

Friday Protests In Egypt Expected To Be Biggest Yet 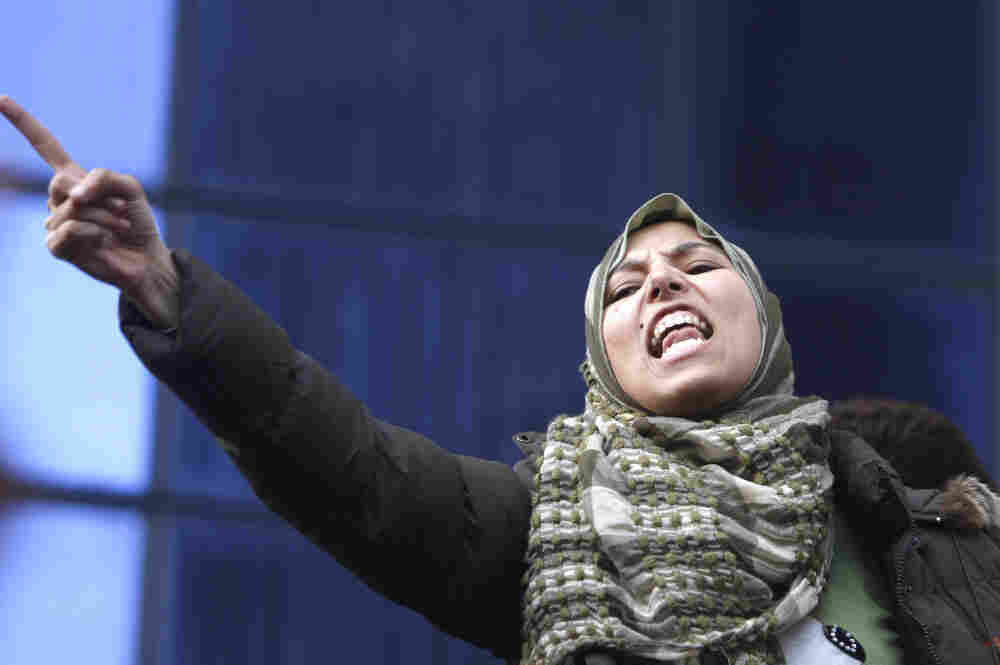 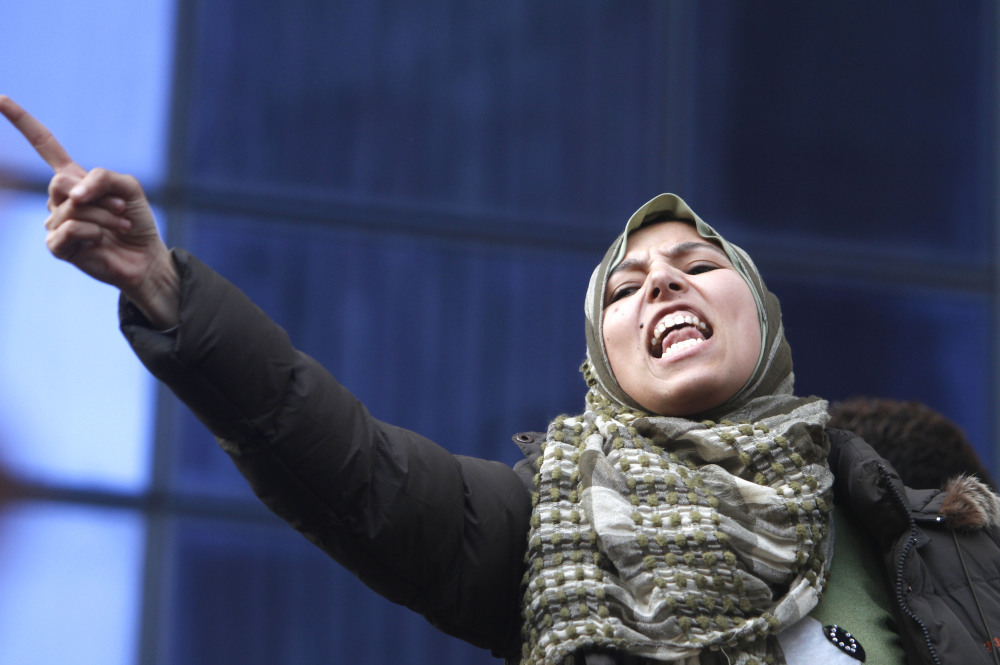 A demonstrator in Cairo on Thursday demanding the ouster of President Hosni Mubarak.

Internet and cell-phone data service were disrupted across Egypt as authorities used extreme measures to hamper protesters from organizing mass rallies after Friday noon prayers as part of the biggest challenge to the government in decades.

Protests in the streets of Egypt are expected to grow larger after the arrival of democracy advocate Mohammed ElBaradei in the country and the announcement from the Muslim Brotherhood that the opposition group would begin actively supporting the demonstrations.

While the challenge to President Hosni Mubarak's government was evident in the streets, it also showed up in the stock market. Investors headed for the doors, as the AP reports:

"The 10.5 percent plunge in the market left its year-to-date losses at more than 20 percent and traders warned that economic damage could widen if huge protests materialize Friday, as threatened by the opposition."

ElBaradei called for an end to Mubarak's government and said he would join the protests on Friday. But it's unclear how much popular support he can muster, as The New York Times reports:

"Mr. ElBaradei, the former head of the International Atomic Energy Agency who has sought to refashion himself as pro-democracy campaigner in his homeland, is viewed by some supporters as capable of uniting the country's fractious opposition and offering an alternative to Mr. Mubarak's authoritarian rule. Critics view him as an opportunist who has spent too little time in the country to take control of a movement which began without his leadership."

"But his return adds a new element to the unrest in several big cities that has shaken assumptions that Mr. Mubarak's security apparatus can keep a tight lid on popular protest."

The Guardian reports online activists in Egypt are aiming to make Friday's protests the biggest the country has seen in more than three decades:

"The Muslim Brotherhood is throwing its weight behind protests after four days in which six have died and almost 1,000 have been rounded up by police. Mohammed Mursi, a leader of the group, said: 'We are not pushing this movement, but we are moving with it. We don't wish to lead it but we want to be part of it.'

"Organisers of tomorrow's marches – dubbed 'the Friday of anger and freedom' – are defying a government ban on protests issued on Wednesday. They have been using social media to co-ordinate, and hope to rally even more than the tens of thousands who turned out on Tuesday in the biggest protests since 1977."

Meanwhile, at the other end of the Red Sea, thousands of Yemenis marched Thursday in the streets of the capital Sanaa — and in other parts of the country — demanding an end to the U.S.-backed government of President Ali Abdullah Saleh.

The protests were inspired by the movement in Tunisia and focus on more than just political change, according to The Guardian:

"Protesters are demanding improvements in living conditions as well as political reform. One banner read simply: 'Look at the gap between the rich and poor.'"

"Yemen, the poorest country in the Arab world, is struggling with rising unemployment and dwindling oil and water reserves. Almost half its 23 million people live on $2 or less a day, while one-third suffer from chronic hunger."

Back in Tunisia, where the wave of protests in the region started, there was another shakeup in the interim government Thursday. The AP reports that more ministers tied to ousted President Zine El Abidine Ben Ali were ejected from the Cabinet:

"It was not immediately clear if naming independent ministers to the interior, foreign and defense Cabinet posts would succeed in quelling Tunisia's daily street protests demanding the removal of all ministers with ties to the country's former regime."

"Ben Ali, who had ruled Tunisia for 23 years, was driven from power by the anti-government protesters on Jan. 14 and fled to Saudi Arabia."

"The new interim Cabinet, Tunisia's second in 10 days, is a caretaker government intended to prepare for elections in six to seven months."