Accessibility links
Climber Falls 1,000 Feet : The Two-Way It's a tale that sounds like something the fictional wizard might have been able to survive, not a landfill manager from Glasgow named Adam Potter. But that's what happened.

Some of the headlines make it sound like Adam Potter plunged 1,000 feet and managed to come away with minor injuries.

That's not exactly the way things (dare we say it?) went down Saturday on Scotland's Sgurr Choinnich Mor (that's a mountain). 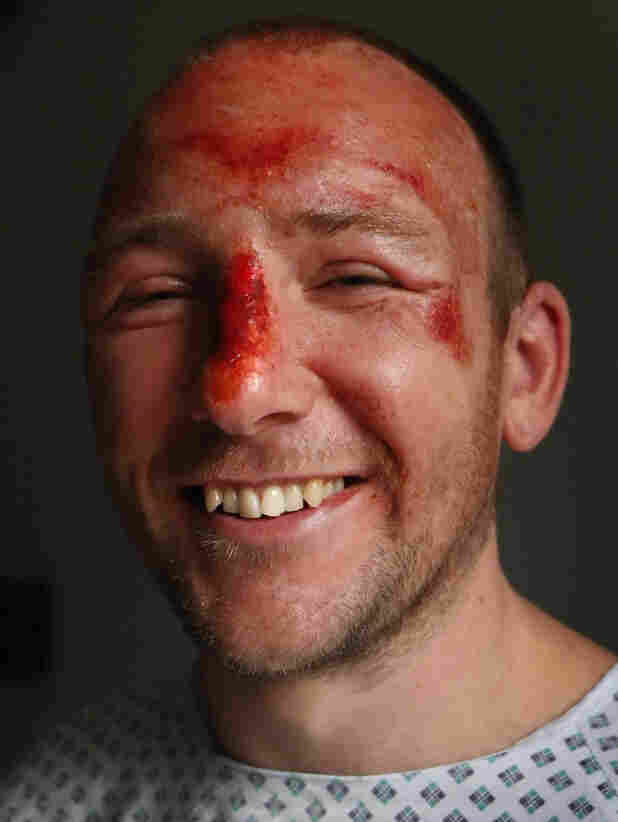 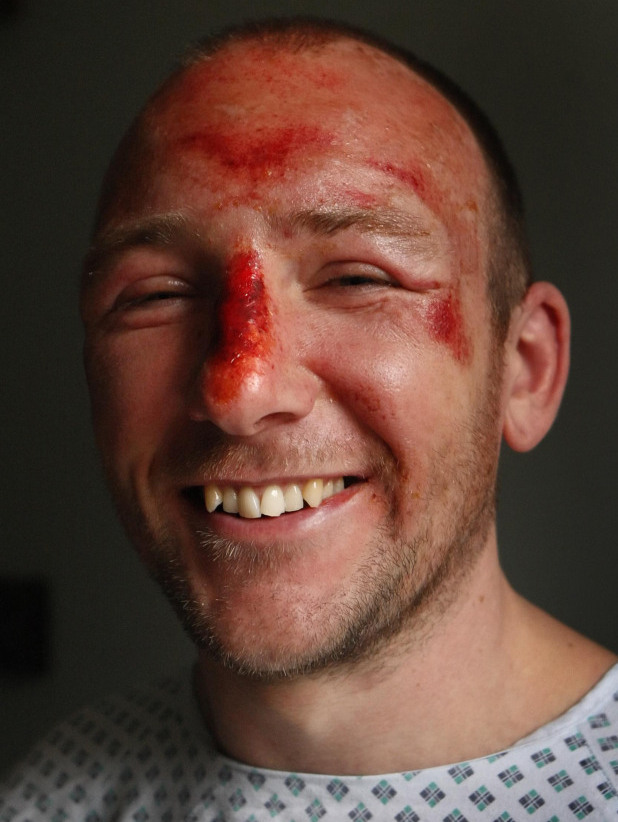 Adam Potter, from Glasgow, after his fall.

But he's still got a story that sounds more like it would have happened to Harry Potter than to a landfill manager from Glasgow.

As Scotland's Daily Record writes, the 36-year-old Potter was near the summit of the 3,589-foot mountain when he lost his footing.

"I slipped and then I kept falling," Potter told the Record. "I tried to slow myself down on the ice and snow. I was jabbing my feet, my hands or anything to try to slow myself down, but each time I lost speed I would go over a bit of cliff.

Eventually, he came to a stop. By the time rescuers got to Potter, he was standing up, looking at a map, and trying to figure out where he'd landed. Potter has some broken bones in his back and some scrapes on his face. But overall, he's in pretty good shape.

And Potter still plans to have a go at Mount Everest in March.