Accessibility links
Congressman Quits After Shirtless Photo Published : The Two-Way His resignation comes hours after the website Gawker published pictures it said the congressman sent to a woman he met on Craigslist.

In a statement this afternoon, Rep. Chris Lee (R-NY) said he was resigning from the House of Representatives. His resignation came only hours after the website Gawker published a shirtless picture of Lee. Gawker reported Lee sent the picture to a woman who posted an ad on the "Women for Men" section of Craigslist. 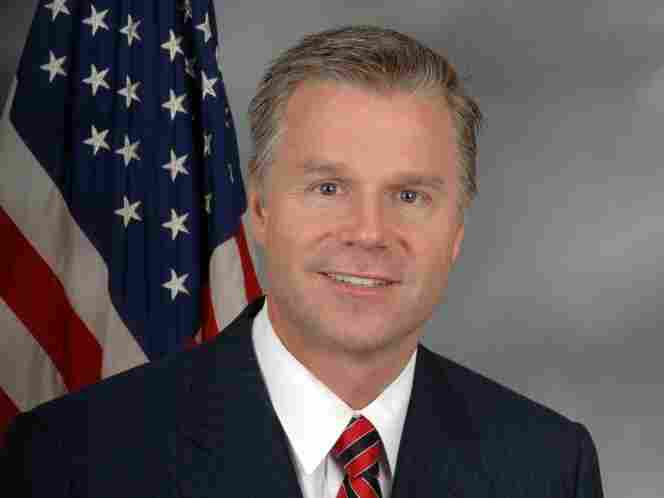 Rep. Chris Lee, R-NY, resigned from Congress amid reports that he sent a bare-chested photo of himself to a woman he had met on Craigslist. -/AFP/Getty Images hide caption 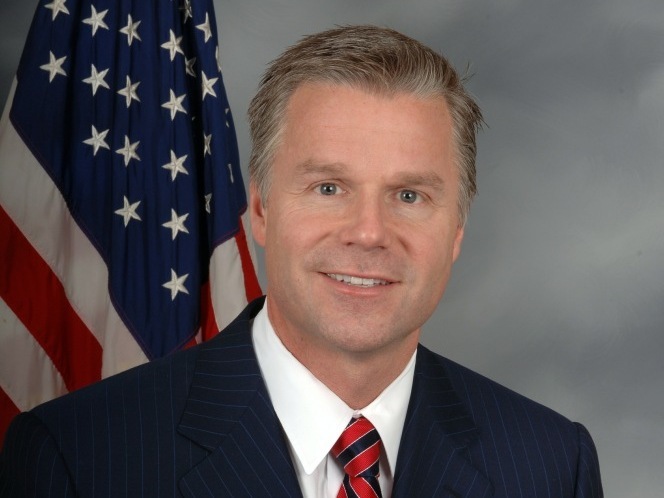 Rep. Chris Lee, R-NY, resigned from Congress amid reports that he sent a bare-chested photo of himself to a woman he had met on Craigslist.

"I regret the harm that my actions have caused my family, my staff and my constituents. I deeply and sincerely apologize to them all," the statement read. "I have made profound mistakes and I promise to work as hard as I can to seek their forgiveness.

"The challenges we face in Western New York and across the country are too serious for me to allow this distraction to continue, and so I am announcing that I have resigned my seat in Congress effective immediately."

The New York Times provides a bit of background on Lee, who is married with one child:

Mr. Lee won his district, located in the western New York region, in 2008, when he ran in place of Thomas Reynolds, who announced his retirement.

Last year, another New York Congressman, Eric J. Massa, a Democrat, resigned amid accusations that he had groped a male aide.

Gawker reports that the Republican congressman responded to an ad from a woman who was looking for "someone to prove to me not all [craigslist] men look like toads..." In one e-mail Lee allegedly described himself as "very fit fun classy."

In the photo published by Gawker, Lee is seen flexing one arm and holding his cellphone with his other hand. In one of the e-mail exchanges alleged to be from the congressman, the woman asks him if he "always [sends] shirtless pics to women from cl?"

Update at 8:15 a.m. ET, Feb. 10: The Buffalo News this morning follows up on the resignation. As the News writes, "Lee's resignation brought an astonishingly rapid end to a two-year, two-month congressional career that at one point seemed potentially limitless. Only a year ago, the Almanac of American Politics named Lee a 'rising star,' and last month, he began service on the prestigious Ways and Means Committee."