Accessibility links
Ronaldo, One Of Soccer's Greatest, Retires : The Two-Way The Brazilian is thought by many to be the greatest "striker" in soccer history. He retires with two World Cup championships and a record 15 World cup goa.s

Ronaldo, One Of Soccer's Greatest, Retires

Ronaldo, One Of Soccer's Greatest, Retires 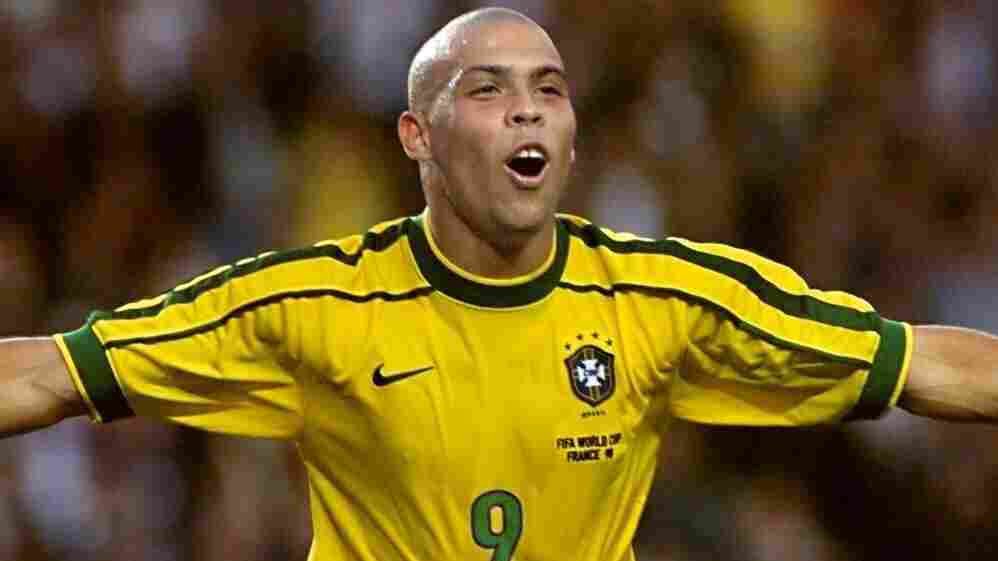 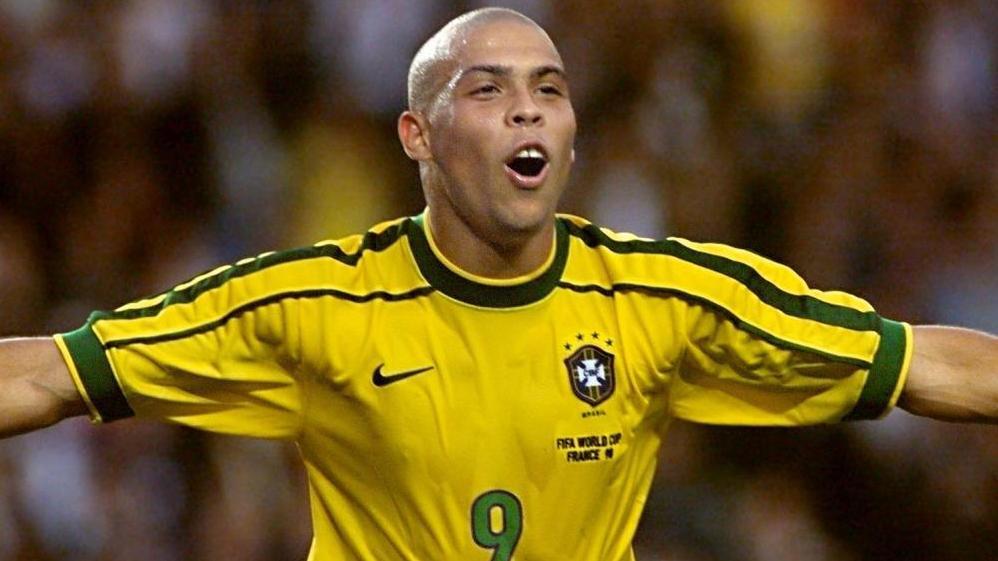 Brazilian forward Ronaldo celebrated after scoring his second goal during the 1998 Soccer World Cup second round match between Brazil and Chile.

This is going to mean a lot to many of you:

"Brazilian legend Ronaldo has confirmed his retirement from football," the BBC writes. "The 34-year-old had a glittering career, helping Brazil win two World Cups and being named Fifa World Player of the Year in 1996, 1997 and 2002."

"Ronaldo ends his 18-year career in football having scored a total of 326 goals in 466 games at club level, as well as finishing with a tally of 62 goals in 97 caps for Brazil which is bettered only by the legendary Pele.

"However, while Pele won three World Cups to Ronaldo's two ... even he cannot match the record 15 goals scored in the competition by the player nicknamed O Fenomeno ('The Phenomenon')."

Ronaldo is, in many experts' opinion, the greatest "striker" of all time.

However, as The Guardian writes, "he is visibly unfit and beset with injuries. He has been struggling to play at a high level and has not scored since last year."

"I wanted to continue, but I can't. I think of an action, but I can't do it the way I want to. It's time," Ronaldo said today, the BBC reports.

Now, we can't pretend to be the world class soccer (football) experts. But we do know that when fans talk about the all-time greatest they usually start with Pele. Diego Maradona gets into the conversation. So does Franz Beckenbauer.

Help us out, soccer fans: