Accessibility links
Apple Unveils App Store Subscription Service : The Two-Way Apple's new service will allow for one-click subscription to magazines, audio and video services. But Apple wants to take 30 percent of each subscription and that might mean a shake-up for some subscription services. 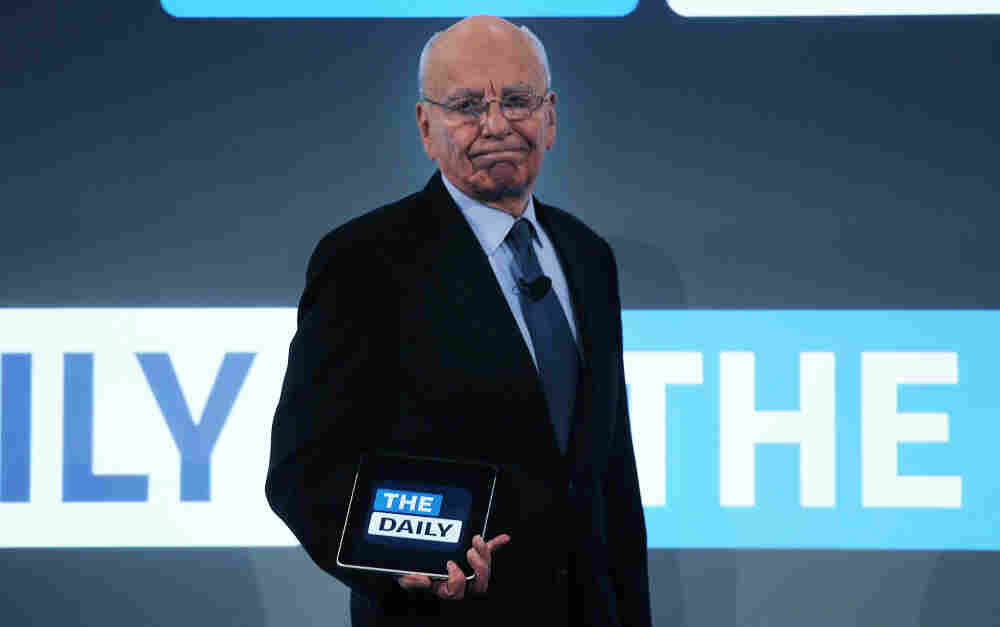 News Corp. CEO Rupert Murdoch walks on stage with an iPad for the Feb. 2 launch of his new online newspaper for the Apple iPad called The Daily. Spencer Platt/Getty Images hide caption 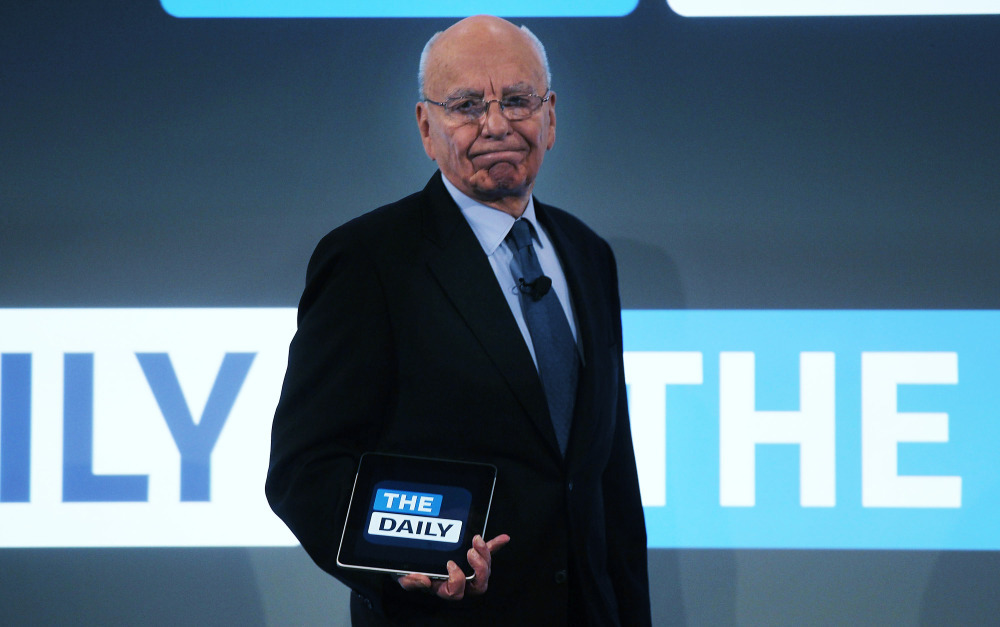 News Corp. CEO Rupert Murdoch walks on stage with an iPad for the Feb. 2 launch of his new online newspaper for the Apple iPad called The Daily.

On Tuesday, Apple announced that users will be able to subscribe to magazines, audio and video services using Apple's App Store — the same one-click system they've used to buy applications and music on their iPhones and iPads.

It's exactly what was predicted when Apple and News Corp. presented a newspaper called The Daily, which will publish exclusively on the iPad.

The catch? Apple wants 30 percent of the money from each subscription.

"Our philosophy is simple — when Apple brings a new subscriber to the app, Apple earns a 30 percent share; when the publisher brings an existing or new subscriber to the app, the publisher keeps 100 percent and Apple earns nothing," Steve Jobs, Apple's CEO, said in a press release. "All we require is that, if a publisher is making a subscription offer outside of the app, the same (or better) offer be made inside the app, so that customers can easily subscribe with one-click right in the app."

The new rules don't just affect magazines, but services like Hulu and Netflix, which can, as TechCrunch explains, pull their apps from the store or offer the same subscription pricing they offer elsewhere on the app store. TechCrunch goes on:

When you think about Netflix users paying $8 a month, 30 percent to Apple is a huge chunk of change for Netflix to lose. At the same time, how many more subscribers would a simple subscription system bring in? Essentially, Netflix would be paying Apple a 30 percent finder's fee for new customers. Is that worth it to them? Maybe at first, but not over the entire life of the customer.

NewsGrange asks simply, "Is Apple getting greedy." What Apple is offering publishers, here, is akin to a credit processing service, writes Frederic Lardinois. So 30 percent is "a rather hefty fee for processing a transaction given that most credit card processors just charge around 2.5% and a small transaction fee (generally around $0.25)."

The new subscription service presents a whole other problem for the print world, reports TechCrunch's Erick Schonfeld. Apple announced that it will only share customer information if the customer approves. The print world is accustomed to using billing information for target advertising. So the new model is a good thing for consumers, argues Schonfeld, but will definitely send the print world spinning.