Accessibility links
Who Is The New Overlord? : The Two-Way IBM's Watson supercomputer crushed its human competition on Jeopardy!. Now, researchers will test how helpful it could be in the health care industry. 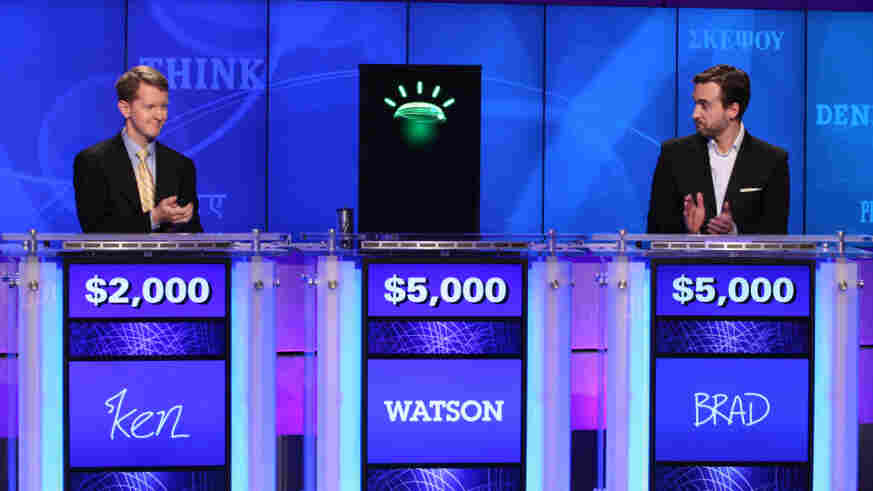 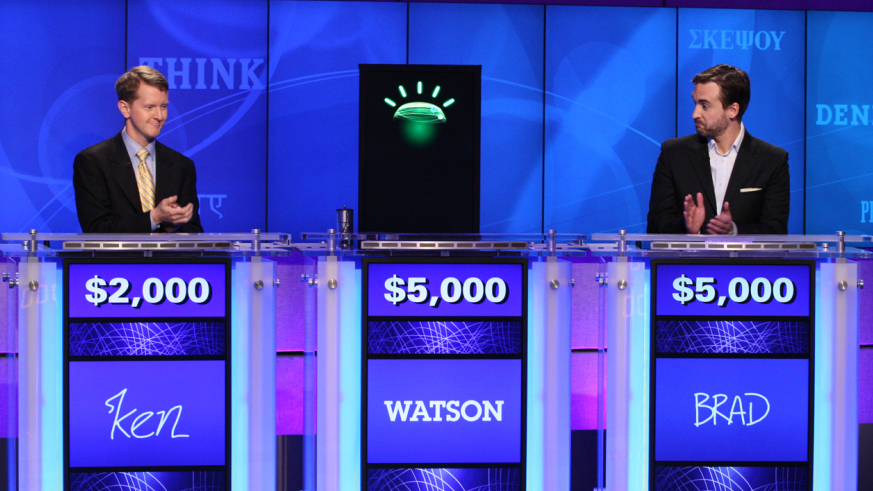 It's Watson, of course.

IBM's supercomputer, pretty much as expected, did indeed crush the human competition on Jeopardy!.

After a three-day tournament against past champions Ken Jennings and Brad Rutter, the machine had "earned" $77,147. Jennings was second with $24,000. Rutter came in third with $21,600. (The Wall Street Journal notes that "the victory nets Watson a total prize of $1 million, which IBM will be donating to charity. Jennings and Rutter get $300,000 and $200,000, respectively, with plans to donate half to charities.)

"I for one welcome our new computer overlords," Jennings wrote with his Final Jeopardy answer, after it was clear that Watson would win.

Update at 2 p.m. ET: Jennings and IBM chief scientist David Ferrucci just spoke with All Things Considered co-host Melissa Block. Jennings said, and Ferrucci agreed, that Watson was faster to the buzzer than his opponents.

"Human reflexes have a hard time competing with the precision of electronic circuitry," Jennings said. He also believes that "if this were a very boring game show in which all three of us wrote down our responses on paper, a good human jeopardy player could take Watson nearly all the time. But it stays in the game with its speed advantage."

Here's part of his conversation with Melissa:

We'll add the as-broadcast version of the interview to this post later. Click here to find an NPR station that broadcasts or streams ATC.

Now, Watson is on to the world of health care. Researchers are going to see how helpful it could be to doctors.