Accessibility links
Crowd Gathers In Wisconsin To Protest Union Bill : The Two-Way Teachers and other members of government unions are protesting against the governor's effort to strip them of some bargaining rights.

The Milwaukee Journal Sentinel's All Politics blog is following the news from Madison today as thousands of demonstrators gather to express their opposition to a budget proposal from Republican Gov. Scott Walker that would, as All Things Considered previously reported, "strip government unions of most bargaining rights, a move he argues would help bring public sector benefits in line with the private sector."

According to the blog, "hundreds of union supporters and students camped out [overnight] under the marble rotunda." And, by 8 a.m. local time, "several hundred people were already in the Capitol Rotunda, holding signs, talking and, in short bursts, chanting their opposition to the bill. A small, but growing group was gathering in front of the Senate chamber, where the debate is expected to begin later this morning."

Schools are closed in Madison today, the second day in a row, because many teachers called in sick so that they could take part in the protests and lobbying, the Journal Sentinel says. 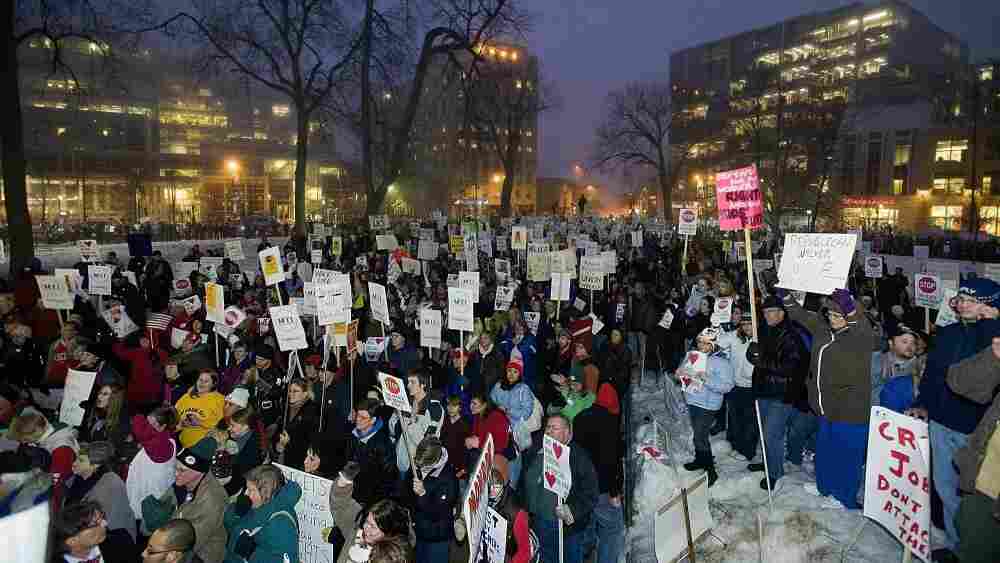 The scene outside the State Capitol in Madison last night. Protesters are back there today. Mark Hirsch/Getty Images hide caption 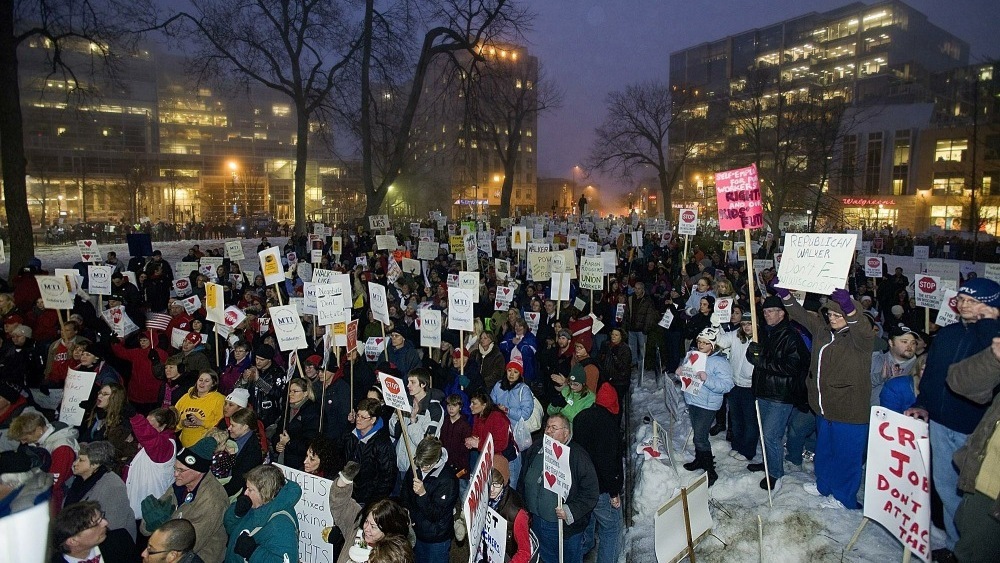 The scene outside the State Capitol in Madison last night. Protesters are back there today.

Update at 2:10 p.m. ET: The 14 Democrats in the state Senate have gone missing (there are 19 Republicans members). At least one Democrat needs to be present before a vote can be taken, the AP says. State troopers are fanning out to find them.

That reminds us of what some Democratic members of the Texas House did in 2003.