Accessibility links
Tiny 'Hummingbird' May Someday Fly Spy Missions For The Military : The Two-Way Weighing less than a AA battery and able to fly in all directions, the little mechanical bird is the latest in drone technology.

Tiny 'Hummingbird' May Someday Fly Spy Missions For The Military

Tiny 'Hummingbird' May Someday Fly Spy Missions For The Military 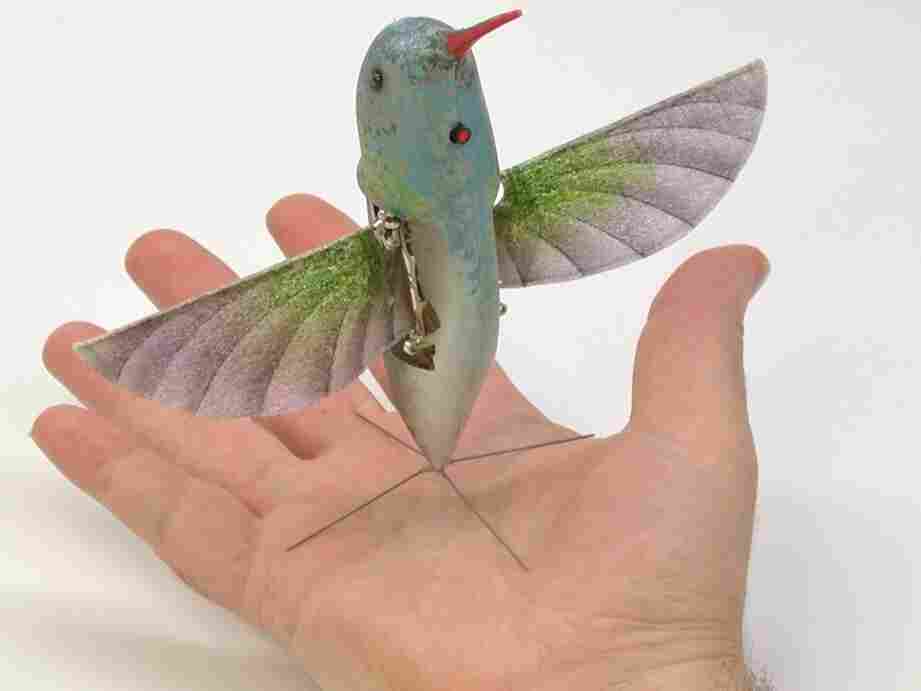 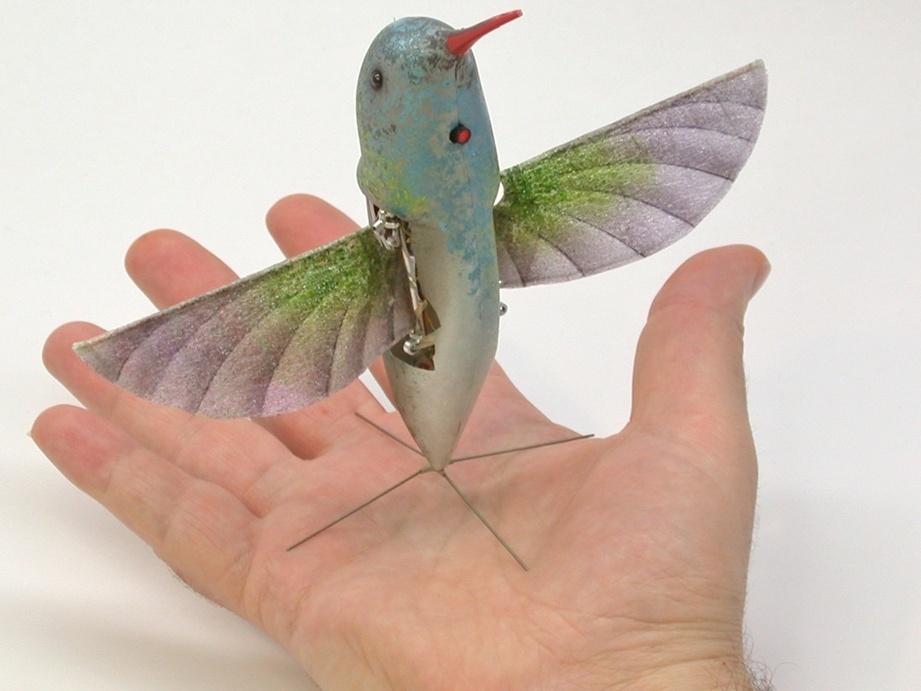 OK, so it's a bit noisy and it's cute and it looks like it should be next year's hot toy, not something that could eventually be used on a battlefield or to spy on one's enemies.

But as the Los Angeles Times reports, "a pocket-size drone dubbed the Nano Hummingbird for the way it flaps its tiny robotic wings has been developed for the Pentagon by a Monrovia [Calif.] company."

The company, AeroVironment Inc., says it "has accomplished a technical milestone never before achieved — controlled precision hovering and fast-forward flight of a two-wing, flapping wing aircraft that carries its own energy source, and uses only the flapping wings for propulsion and control." It can go up, down, forwards, backwards, sideways and flip over.

According to the Times, the little flyer has "a wingspan of 6.5 inches, the mini-drone weighs 19 grams, or less than a AA battery." The Pentagon has spent about $4 million so far on its development, with an eye on its potential for spy missions.