Accessibility links
China Orders Film And TV Producers To Limit Smoking On-Screen : The Two-Way According to a study, film and television have had a major effect on why Chinese youth pick up smoking. With the smoking ban, the Chinese government is looking to cut down on the nearly 325 million smokers. 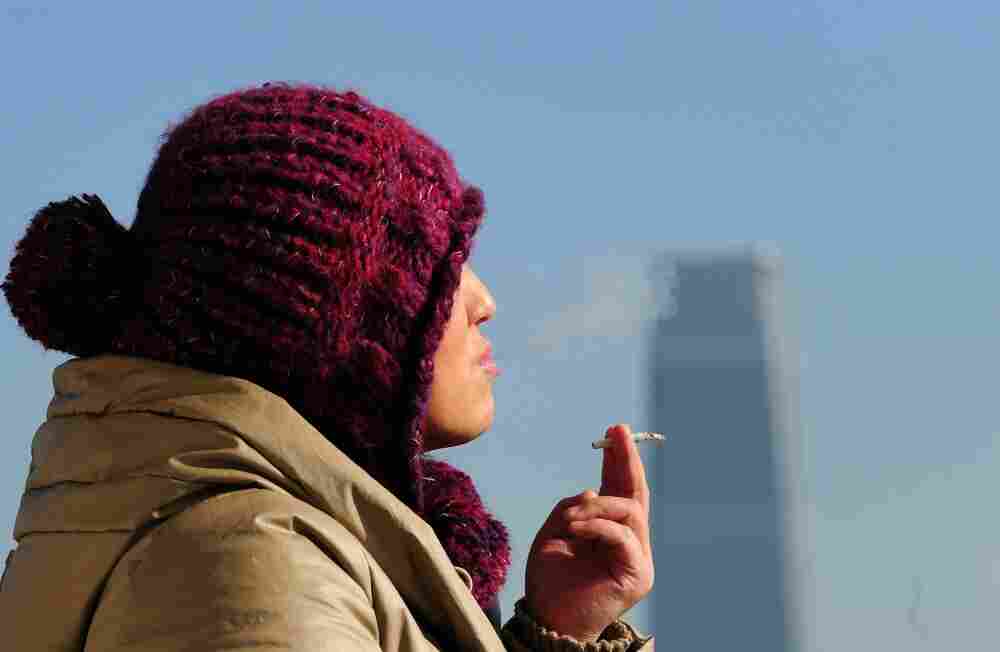 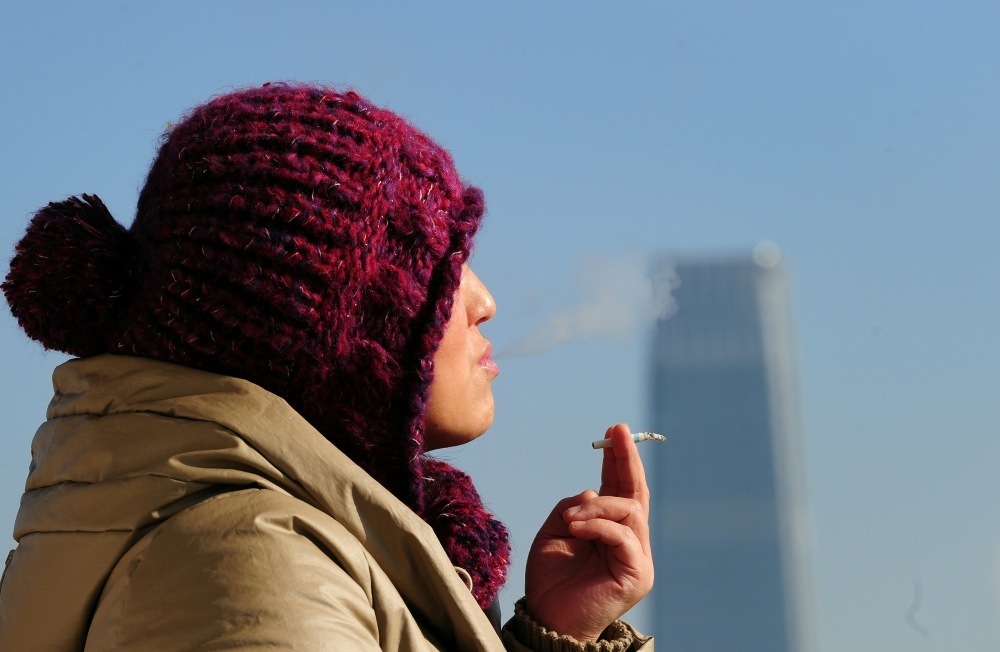 A woman smokes a cigarette in Beiijng.

The State Administration of Radio, Film and Television said tobacco brands or signs should not appear on screen and scenes featuring minors should not contain smoking. "Scenes which have to show smoking should 'last as short as possible,'" Xinhua reports.

Accounting for nearly a quarter of China's 1.3 billion people, the country's smokers are turning into a major financial burden for the government. Health costs related to tobacco accounted for nearly 62 billion yuan last year, according to a report issued in January by a group of 60 Chinese public-health experts and officials.

Pop culture certainly isn't helping: According to the Chinese Association on Tobacco Control, a stunning 90% of Chinese TV shows and movies have smoking scenes in them.

That's heavily influencing younger audiences, who often try to look and act like the people they see on TV, said state-run Xinhua news service. Nearly 33% of middle school students said they'd be more likely to try smoking after watching their favorite stars do it, Xinhua said, citing a survey from the Beijing Municipal Center for Disease Control and Prevention.

The Monopoly that oversees the tobacco industry also oversees the China National Tobacco Corp., the state-run cigarette maker that produced 2.3 trillion cigarettes in 2009 and paid all those taxes.

In the United States, the Centers for Disease Control says, 19.8 percent of Americans smoke. Hollywood has on its own decided to police smoking on film. In 2007, for example, Universal Pictures decided that no smoking would appear in youth-rated films.