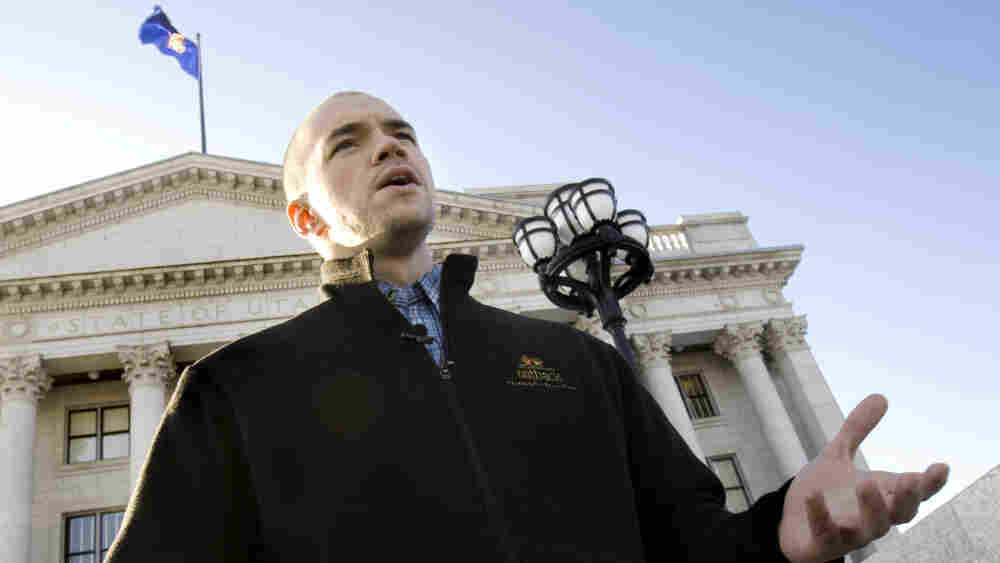 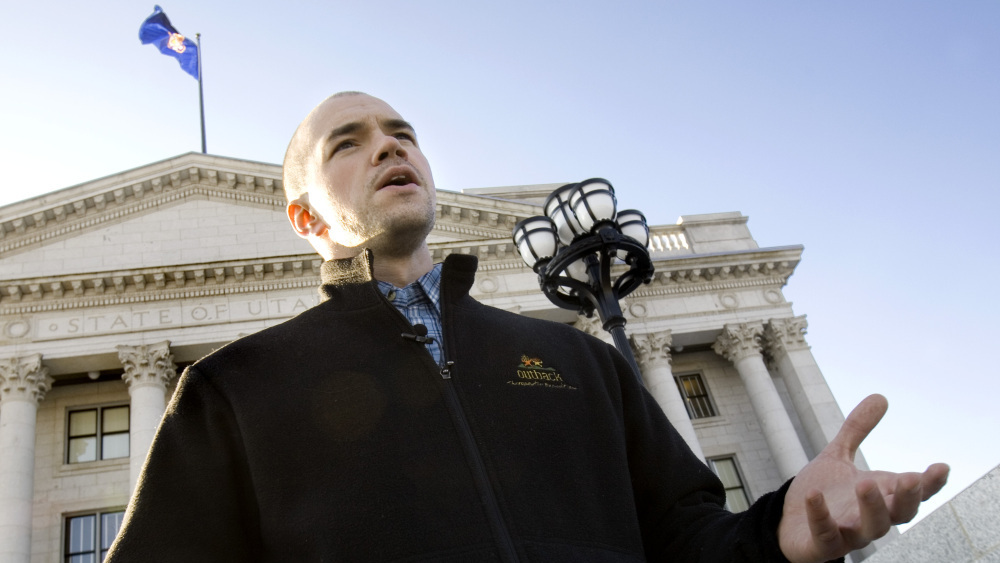 Economics student Tim DeChristopher didn't envision himself as an eco-warrior when he showed up at the Bush administration's oil and gas leasing auction in Salt Lake City in December, 2008.

But as he stood outside with other protestors, he thought "they were fighting a losing battle." He told NPR a few months later, "I knew that I wanted to do more. And so then I resolved to go inside."

Once inside the Utah offices of the federal Bureau of Land Management, DeChristopher joined oil and gas prospectors in the bidding, raising a white laminated card with the number 70 in big black letters. He bid nearly $2 million for drilling rights on a dozen parcels of remote Utah land but had no money and no intention of paying.

Today in Salt Lake City, DeChristopher stands trial for defrauding the government with his bogus bids. If convicted, he faces as much as 10 years in prison and $750,000 in fines.

And he admits his guilt.

"I'm like that little fish in the Amazon that swims up your urine into your urethra and takes you down from the inside," DeChristopher told NPR.

The auction was seen by DeChristopher and other activists as an eleventh hour attempt by the Bush Administration to rush through oil and gas development on sensitive lands in Utah before the Obama administration took command.

Later, a federal court and the Obama Interior Department agreed that the Bush leasing plan was flawed.

Some of the parcels up for bid were close to National Parks, archeological sites, scenic rivers and other areas cherished by wilderness advocates.

DeChristopher also believes the auction contributed to climate change by fostering the use of fossil fuels.

The bogus bids made DeChristopher, now 29, a folk hero to many environmentalists, who've started a movement based on that single act.

DeChristopher had hoped to make climate change the focus of his trial in federal court. But U.S. District Judge Dee Benson ruled out use of a "necessity" defense, in which DeChristopher would have claimed he broke the law to prevent greater harm.

"I don't know whether I'll be allowed to say why I did this," DeChristopher recently told Brandon Loomis of the Salt Lake Tribune, who wrote a detailed analysis of the legal and moral issues involved.

The oil and gas industry pushed hard for the prosecution.

Kathleen Sgamma of the Western Energy Alliance told NPR, "We're a nation of laws. There's a democratic process in place if you don't like what's happening."

The trial is scheduled to last four days.