Accessibility links
'Consumer Reports' Sees Ford Gaining On Toyota : The Two-Way In its ratings for 2011 just released today, the magazine chose Nissan's Altima as its top family sedan, praising its comfort, handling and fuel economy. And while Ford is making gains, Toyota has been in a slide, according to the non-profit testing group. 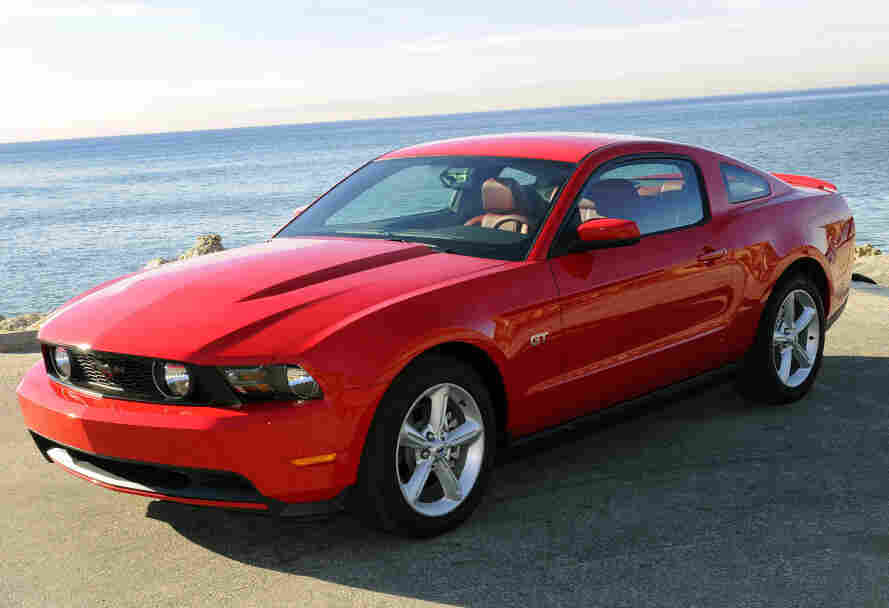 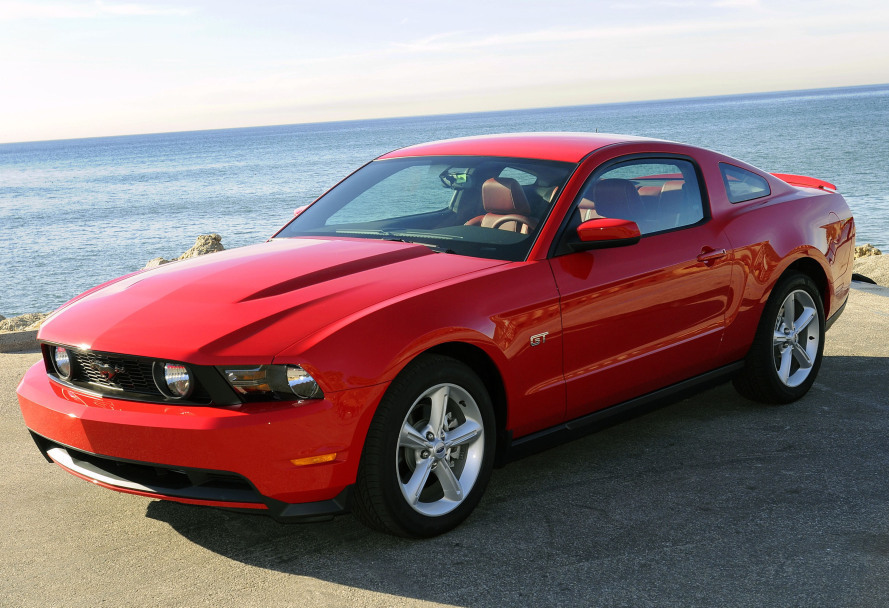 Consumer Reports picked the Ford Mustang, like the 2010 model seen here, as its best sporty car for 2011.

Cars and trucks made by Ford are getting better and better, according to Consumer Reports. And while Ford is making gains, Toyota has been in a slide, according to the non-profit testing group.

In its just-released ratings for 2011, the magazine chose Nissan's Altima as its top family sedan, praising its comfort, handling and fuel economy. The Hyundai Elantra was the choice for the best small car, with the Honda Fit taking honors as the best budget car.

On the CR website, you can see a video that lists the magazine's top cars for 2011. As the magazine says, "No automaker dominates; the 10 picks come from six manufacturers and eight brands, which reflects the increasing competitiveness within today's auto market."

"Over the last sort of 5 to 8 years, their reliability has steadily improved, til they're getting close to where Toyota is," Champion says.

Champion says Toyota, which has struggled with massive recalls, is still a very good car-maker, but its reliability and quality aren't as good as they were.

Overall, Toyota now gets a third-place rating — behind Honda and Subaru.

Champion says most German cars are below average in reliability. He calls the new Volkswagen Jetta disappointing.

An AP report sheds more light on the rankings:

Honda Motor Co. had the best overall score of 74 out of 100 points in the Consumer Reports' ranking. Honda was followed by Subaru with 73 points and Toyota Motor Corp. with 71 points. Volvo was fourth with 68 points, followed closely by Ford and Hyundai.

Chrysler Group LLC had the worst ranking among the car makers with 43 points. Mercedes-Benz, BMW and General Motors were also near the bottom.