Accessibility links
Vending Machines Make Gains As Retail Jobs Drop: Do We All Lose? : The Two-Way Retail jobs are down. Meanwhile, $740 billion was transacted through self-service machines in 2010. Self-checkout lines are now common. But are we ready for completely self-service stores? 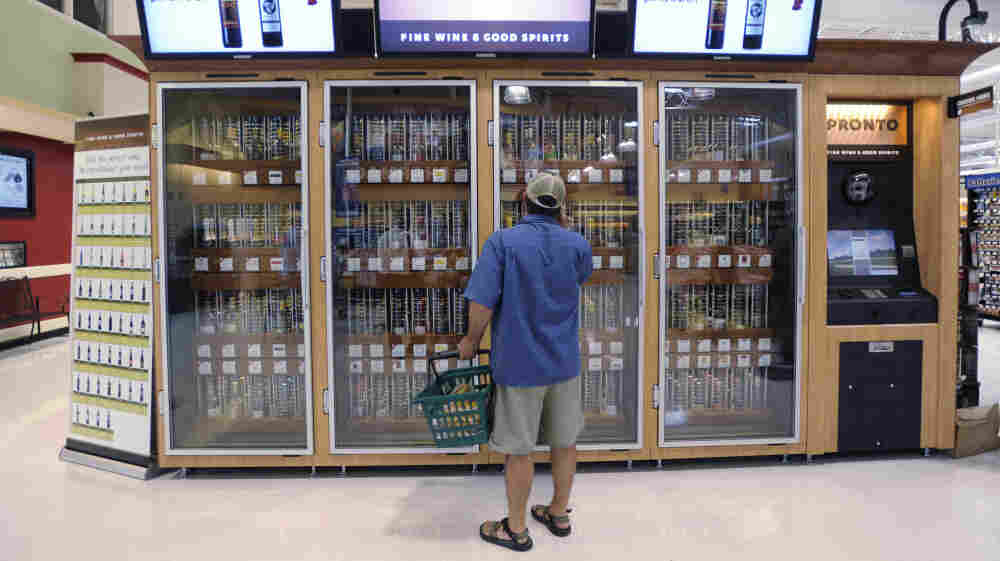 Looking for a fruity red... but nothing too insouciant: Vending machines now sell everything from wine and bathing suits to gold and live crabs. Bradley C Bower/AP hide caption 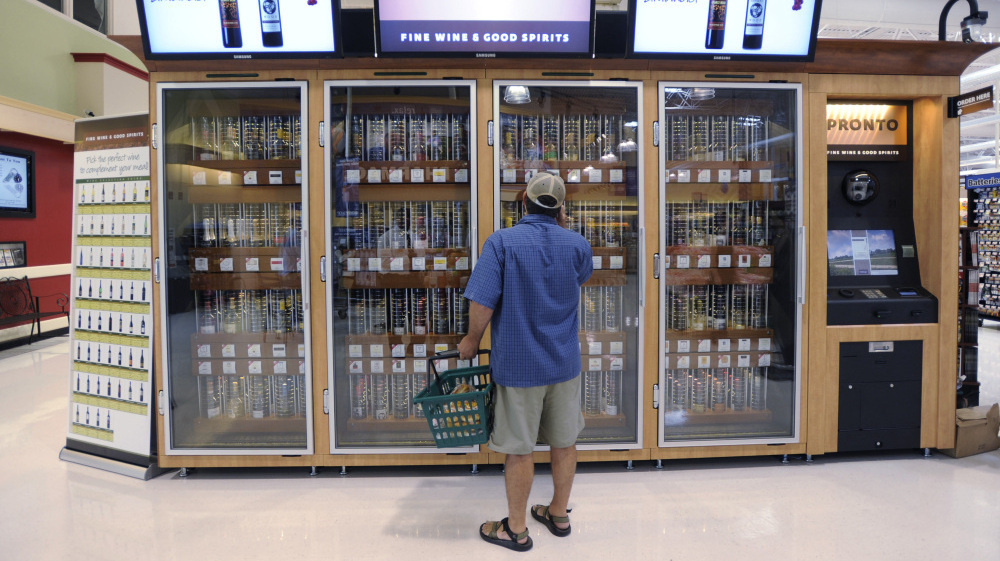 Looking for a fruity red... but nothing too insouciant: Vending machines now sell everything from wine and bathing suits to gold and live crabs.

Now that it's common to see self-service kiosks at groceries and airports, are we ready for completely self-service stores? Note that in this case, "Self-Service" is the preferred term for "soullessly automated and cheap." And by "ready," I mean: Do those salespeople have other jobs lined up — and are the rest of us up for losing yet another source of human interaction?

Today's news that the U.S. economy added 192,000 jobs came with the caveat that despite growth elsewhere, retailers actually cut back their payrolls.

And a story by Alana Semuels in today's L.A. Times suggests a possible reason: vending machines. Pinched by a weak economy, retailers are desperate to become more efficient. And it doesn't get a lot more efficient than a vending machine. They don't need benefits, or even a paycheck. They don't steal or call in sick, either. And to top it off, they also have strong math skills.

Retail employment has barely budged over the last year despite stronger sales at major chains. Meanwhile, $740 billion was transacted through self-service machines in 2010, up 9 percent from 2009, said Greg Buzek, president of technology research firm IHL Group of Franklin, Tenn. He projects that will rise to $1.1 trillion by 2014.

We've written in this space about the trend to put just about anything in vending machines — like live crabs in China, for instance.

Semuels found some other examples, like the Standard Hotel in L.A. that sells bathing suits and suntan oil in its vending machines at its rooftop pool. And a German company says its machines that sell gold coins have been a hit.

In California, a company called AVT Inc. is fine-tuning its idea of a completely automated gas station.

Of course, there are some things you just can't automate. Like the way accents gradually shift as you drive across the country. Or how asking a clerk about where to find the best barbecue can prompt a rambling discourse on county, state — even national — history.

Of course, drivers might miss something else even more when they zip into the fully automated gas stations of the near-future: bathrooms.

But perhaps all is not lost. As reported on Morning Edition in November, a vending machine in Japan uses facial-recognition software to make recommendations about what its customers might like, based on their age and gender.

Maybe next, they'll make a machine that is so slow in doing its job that customers waiting in line have no choice but to make eye contact, shrug... and smile.