Accessibility links
Obama To Serve Home-Brewed Honey Beer For St. Patrick's Day : The Two-Way During this year's Super Bowl, President Obama created a stir by offering guests at the White House beer that he'd brewed himself. And now the president reportedly plans to have another batch of his homebrew on hand March 17 for St. Patrick's Day. 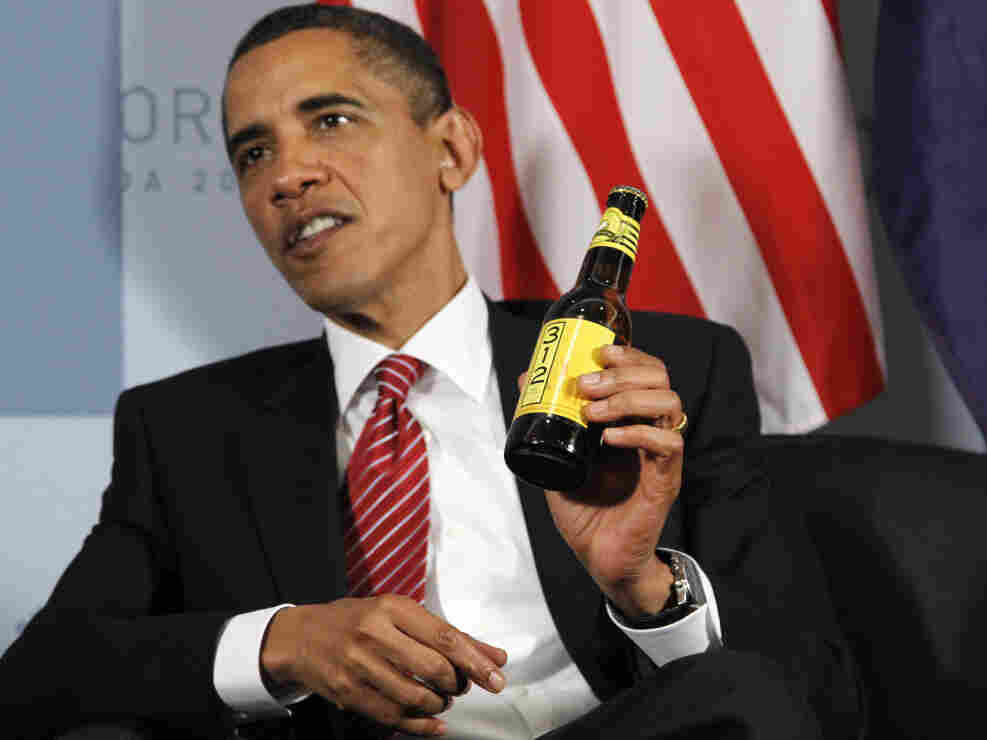 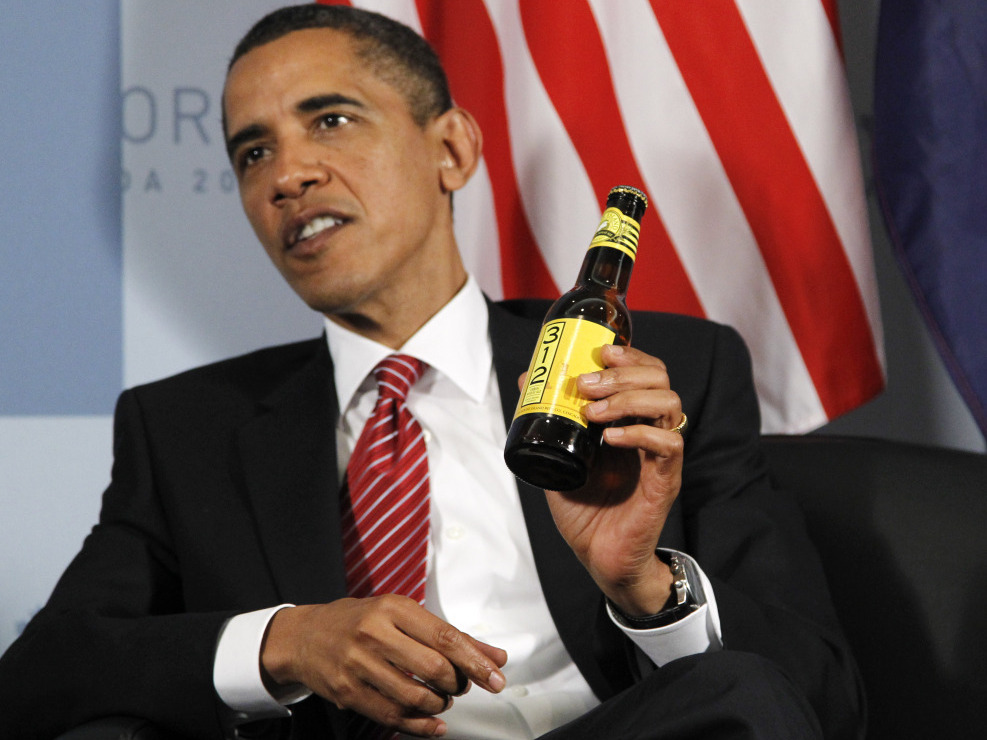 During this year's Super Bowl, President Obama created a stir by offering guests at the White House beer that he'd brewed himself. And now the president reportedly plans to have another batch of his homebrew on hand March 17 — that's right, for St. Patrick's Day.

According to the Irish Central website, when Obama announced that this March is Irish American Heritage Month, he also pledged to serve his own White House Honey Ale — made with honey from the White House garden beehive — to help celebrate St. Patrick's Day.

Obama, who said he will pay for the beer-making equipment himself, has made presidential history by being the first U.S. president to brew beer at the White House.

It seems that Obama is certainly getting in touch with his Co. Offaly, roots, although no one is sure if honey ale is brewed in the town of Moneygall (Obama's great-great-great grandfather is said to have left Offaly for New York in 1850).

And the blog Obama Foodorama (I know, I know...), which first tapped the White House homebrew story, says the beer marks a landmark event: After looking through 200 years' worth of records, White House Curator Bill Allman announced that the Obamas had made history.

"We have no record of beer brewing at the White House," Allman said, noting that even the gourmand Thomas Jefferson never actually brewed beer in the White House.

Founding Father George Washington was a noted homebrewer, as The Hill notes — but he never lived in the White House, so he's out of the running for this distinction.

We should note that it's unlikely you'll find Obama muttering about wort and mash: The White House's kitchen staff is taking care of much of the actual brewing process.

And there's no word yet on whether or not the beer will be green — or if First Lady Michelle Obama will have the White House fountain dyed green again, as she reportedly did in 2009.

One word of warning: I haven't been able to independently confirm that the Obamas will serve the beer at St. Patrick's Day (!). But this is what the White House's East Wing spokesman Semonti Stephens told Obamafoodorama:

"It is very safe to assume that there will be more White House beer in the future."