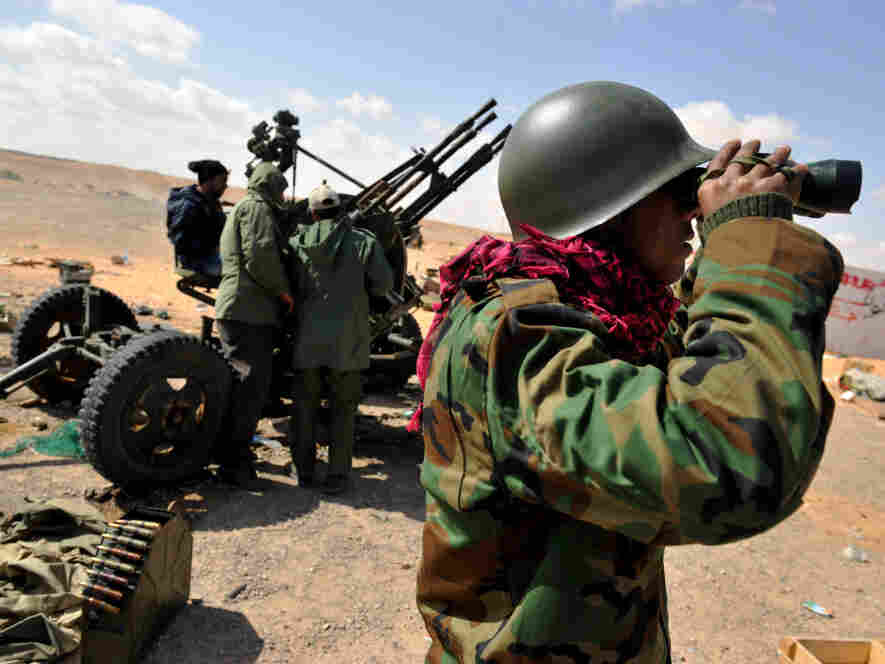 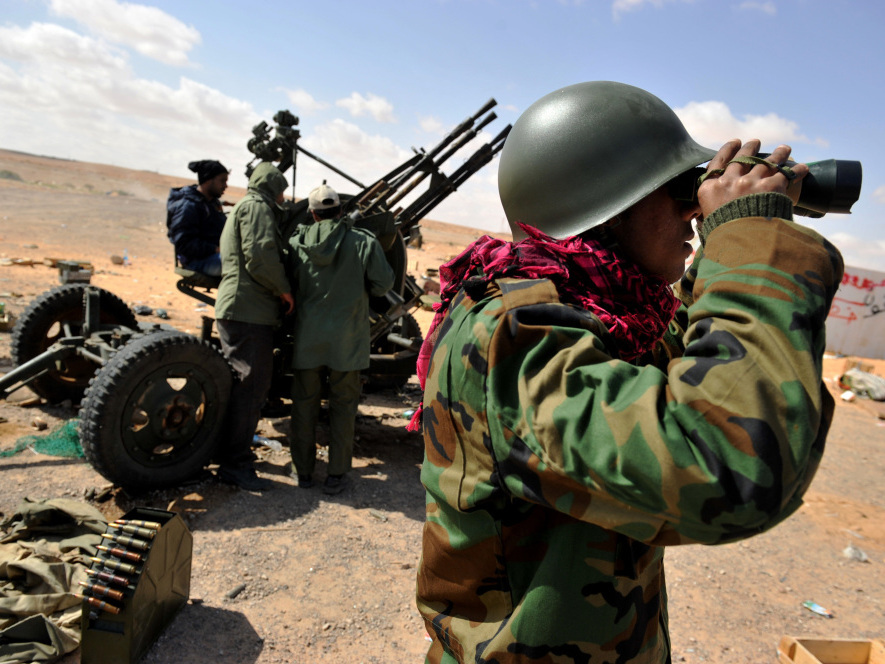 A Libyan rebel fighter scanned the horizon at the entrance to the oil-rich town of Ras Lanuf earlier today (March 8, 2011).

Libyan leader Moammar Gadhafi's regime has reached out to the rebels seeking to overthrow his government "for some sort of negotiated solution to this crisis," NPR's Lourdes Garcia-Navarro tells our Newscast desk.

But, she says, "officials from the rebel 'government' here have flatly refused to have anything to do with Tripoli as long as Moammar Gadhafi stays in power. They say 'he must go and then we can talk; not before that.' "

That's what Agence France Presse is reporting as well, the BBC says: "Former Justice Minister Mustafa Abdel Jalil, now head of the rebels' provisional national council, told AFP they had rejected [the] mediator's offer of talks. He said the Libyan ruler had not sent anyone himself, but that activist lawyers from Tripoli had volunteered as go-betweens. He also said they would not pursue criminal charges against Col. Gaddafi if he left." [NPR follows Associated Press style on the spelling of Gadhafi's name; other outlets do not.]

Al-Jazeera, however, reports that it has been told by sources that "the leaders of Libya's uprising say they are considering a conditional offer" from Gadhafi to step down — even as "Libyan state television on Tuesday denied reports that the Libyan leader tried to strike a deal."

As always in events such as this, reports like these need to viewed with caution because both sides have agendas and will try to shape the news to their advantage.

Meanwhile, fighting continues along Libya's Mediterranean coast. Reuters reports from Ras Lanuf that "Libyan warplanes launched at least four air strikes on a rebel-held town in the east on Tuesday as the two sides faced off across a new front line close to major oil export terminals."

There's much more coverage of events in Libya here. And NPR's Andy Carvin (@acarvin) continues to follow what's being posted on Twitter.