Accessibility links
Breast Milk Ice Cream Back On Sale; Lady Gaga May Sue : The Two-Way Nearly two weeks after seizing two samples for testing, a British council has given the okay to the sale of ice cream made from mothers' breast milk. 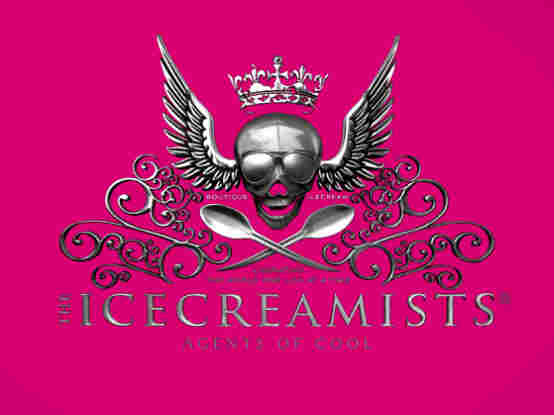 The Icreamists store in London can resume selling its ice cream made from breast milk, but it may have to change the Baby Gaga name. The Icecreamists hide caption 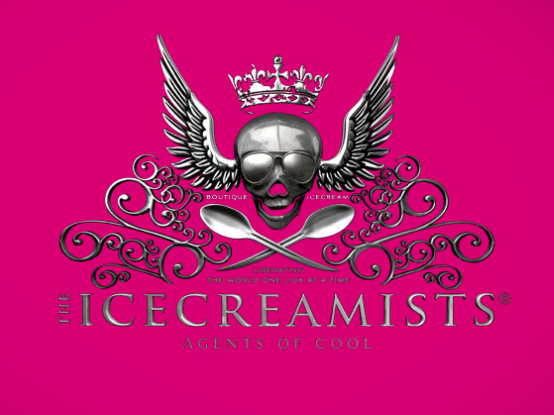 The Icreamists store in London can resume selling its ice cream made from breast milk, but it may have to change the Baby Gaga name.

Nearly two weeks after seizing two samples of Baby Gaga ice cream for testing over health concerns, a British council has given its approval to the dessert made from mothers' breast milk.

The flavor was created by The Icecreamists, a London store with a flair for the dramatic. As we reported earlier, the store charges around $22 for a serving of the ice cream, which is flavored with vanilla and lemon zest.

Store founder Matt O'Connor has maintained that the breast milk used in the recipe is thoroughly tested, and that potential donors are held to the same standards used to screen blood donors and members of breast milk banks.

Evidently, the Westminster Council, which ordered The Icecreamists to pull its Baby Gaga product until testing could be done, now agrees.

But the shop's choice of the Baby Gaga name — and perhaps the fact that it was commonly served by a blonde woman in a tight, sparkling outfit — prompted new legal action: Pop superstar Lady Gaga is threatening to sue.

Lady Gaga had her attorneys fire off a letter to tell the shop to cease and desist from using the Baby Gaga name.

The letter calls the ice cream made from breast milk "deliberately provocative and, to many people, nausea-inducing," and accuses the store of unfairly cashing in on her name and image.

To that, O'Connor wrote:

She claims we have 'ridden the coattails' of her reputation. As someone who has plagiarised and recycled on an industrial scale, the entire back catalogue of pop-culture to create her look, music and videos, she might want to re-consider this allegation.

If your appetite for irony is not yet sated, consider this: Last September, Lady Gaga shocked audiences by wearing a dress made of raw meat. So her new queasiness is "interesting," especially if you consider the name of her publishing company: Ate My Heart, Inc.

The spat is the latest in the lively and controversial life of this unusual dessert. On Monday, Victoria Hiley, the woman who donated the milk for the first batch of ice cream, wrote in The Guardian about how it all started:

It all began when I noticed a particularly active thread on Mumsnet: "Mum wanted to donate milk for ice-cream" or some such line. It was from an ice-cream parlour. I replied, speculating that it wasn't real but that I was game if they were.

I received an email from one of the owners assuring me that it wasn't a hoax, and asking when we could meet. I read the blog and publicity material and saw that the parlour was continuing the burlesque tradition: that of using incongruity and the risqué for satirical effect.

Hiley says that to her, breast milk ice-cream "is perfectly burlesque. It's sexy and unsexy; beautiful and repellent; it's only for babies and yet so is the milk of cows.

The problem with people today, Hiley writes, is that "We've become estranged from our own mammalhood and recoil from breast milk while we drink cows' milk without a thought."

But with the threat of a high-powered lawsuit hanging over it, it seems likely the boutique store will soon have to sell its soon-to-be-iconic product under a different name.